Life on the shipyards

Within the first months of the shipyards’ existence, the twenty associates bought a sawmill in the neighbouring town of Baie-Saint-Paul. They dismantled it, transported it and rebuilt it right there in the village. It was now possible to saw all the wood needed for repairs on site.

In the early days of the shipyards, the site was electrified thanks to a small private company that exploited the nearby Boudreault River. Later, in 1948, brothers J.A.Z., Roland and Maurice, along with their mother Mathilda founded the local electric company. This helped to both diversify their operations, and provide the site with electricity, thus giving it a major competitive advantage. 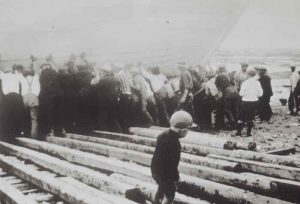 The shipyards evolved with the seasons. With all the schooners out at sea, the summers were usually quieter, only coming alive in case of emergency repairs or a maritime accident. In the fall, boats were hauled out and mounted on keel blocks as preparations for wintering began. Operations usually resumed after the holidays, with some annual repair work like painting and carpentry.

Work picked up gradually with the thawing of the ice. The noisy routine of the caulker, who was in charge of making the schooners watertight, resonated over the sound of the mechanical saw and broad axes, mixing with the voices and shouted orders of the worker into the deafening daily bustle of the shipyards. 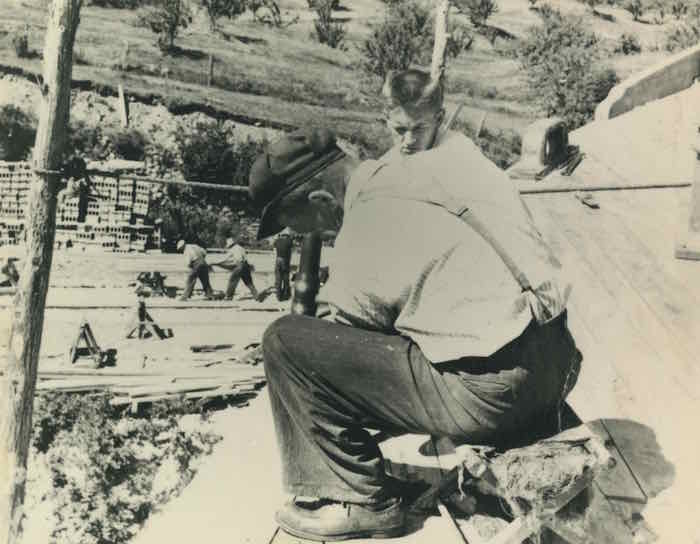 When the time came, the workers would start the diesel motor that sprung the winch and bunk to life. Then, at the foreman’s orders (either “Monsieur Ernest” or “Monsieur Roger”), the schooners were slowly lowered into the river. Once the captains and their crews were all at sea, the shipyards fell quiet again, with only the foghorns and ships’ whistles foreshadowing the bustling activity of the shipyards come season’s end.

United we stand The Mont Ste-Marie