In the Desgagnés family, the sailing business was very much a boys’ club! But women were along for the ride as well. 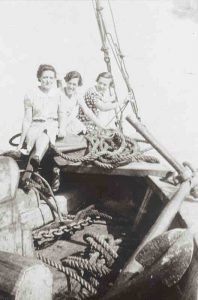 As early as the 1930s, daughters and wives of captains worked on board as passengers and cooks. Mathilda and Amélia took breaks from life in the village to sail with their husbands Zélada and Joseph.

Forward-thinking Amélia even let her daughters travel on the family schooners. Her sons were also allowed to bring their fiancées on board so as to get better acquainted with them before their marriage.

The G. Montcalm and the D’Auteuil II became the setting for proper courtships, complete with chaperons! 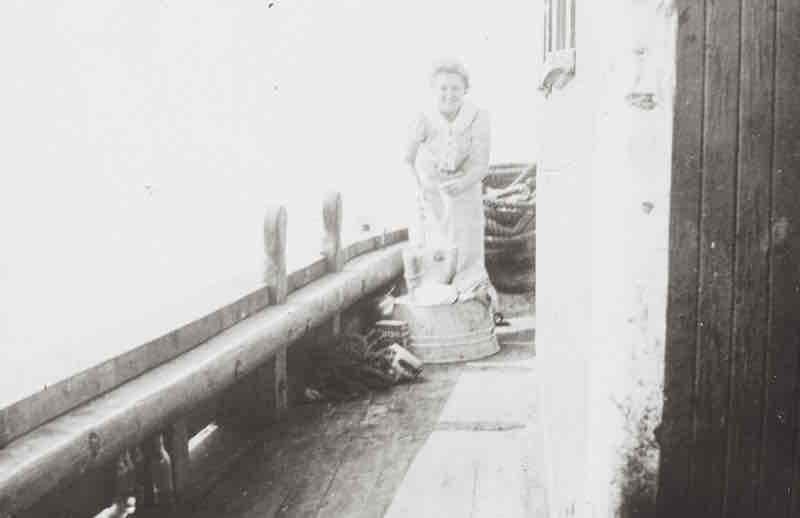 The ships cooks, often members of the captain’s family, worked tirelessly. The meals were simple, especially given that the first refrigerators were brought on board in the 1950s. Their menu consisted of potato fricassée, pork roast, fish, homemade bread and molasses. Eventually the wood-burning stoves were replaced with oil stoves.

Jeanne-Paule Desgagnés, daughter of Captain Edmond, went on many trips aboard her father’s schooner as a cook in the 1960s. She recounted life at sea and its potential for romance in the autobiographical fiction Sur la goélette d’Edmond. 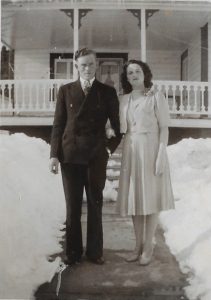 In Jeanne-Paule’s family, children boarded the family schooner at a young age. Her parents Marguerite and Edmond were a very loving couple. It was very hard for them to remain apart for weeks. As soon as she could, Marguerite and her youngest children all embarked on her husband’s coaster. Sometimes she would hop on a train with her children to meet up with Edmond halfway across Quebec, and return aboard his schooner to Saint-Joseph-de-la-Rive.

Today, Yves Desgagnés, the youngest of the family, and a well-known Quebec performer, remembers going to meet up with his father as his ship was making a run to Beloeil for a cargo of dynamite. On the return trip, the children played on crates filled with explosives. Luckily, everyone got home safely!

From sails to motors Make room for women!