The St. Lawrence River is well known for being fickle. Until the 1950s, schooners were not equipped with radars, and had to navigate by sight in often rapidly changing weather.

Over the years, their wooden, iron or steel ships faced heavy weather, icebergs, thick fog… The Desgagnés, relentless sailors as they were, saw their share of horror. Across the 19th and 20th centuries, it was tradition to offer the crew a drink (“un p’tit verre de fort”) after braving a storm. 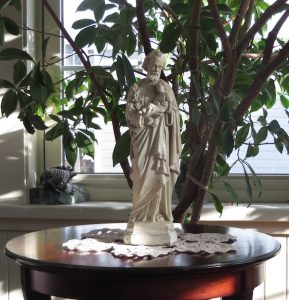 The statue that survived a shipwreck.

The heartbreaking stories of the Desgagnés 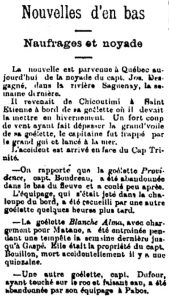 The second generation of Desgagnés sailors saw the first serious accidents. Towards the end of the 1895 sailing season, Joseph, Zéphirin’s other son, was manoeuvring his schooner around Cap Éternité when he fell into the Saguenay’s freezing waters. His body was never found. He was only 41 years old.

Model of the Havre-Aubert schooner

In July 1963, Edmond Desgagnés had just acquired the Havre-Aubert, a wooden coaster. The ship was at anchor in Gaspé for a few days. As the crew connected the electrical system of the coaster to the landline, there was an overload in the electrical panel! The schooner went up in flames. There was nothing salvageable left.

In 1966, Desgagnés Transport’s L’Aigle d’Océan got into provisioning in the Nunavik region.

On August 20, 1975, the ship was sailing the choppy waters of Ungava Bay. The freezing waters entered its hull. The ship quickly tipped starboard, as the crew sent out a distress signal. The Canadian Coast Guard quickly dispatched an icebreaker to help. Two of the officers, Gérard Belley and Hubert Desgagnés, were natives of Saint-Joseph-de-la-Rive. In a tragic turn of fate, both officers had a second cousin aboard. 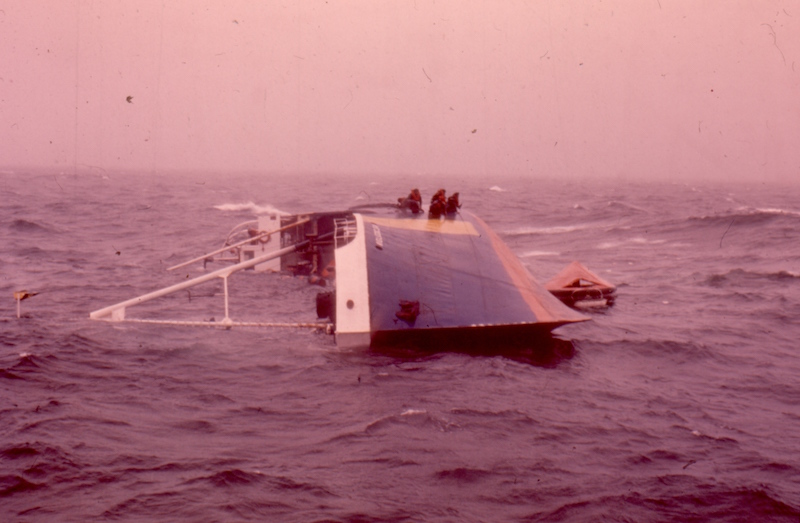 The crew of nine tried to evacuate L’Aigle d’Océan in a lifeboat. Sadly, the craft capsized and two of them disappeared into the stormy sea. Two more sailors died when the coaster keeled over. The rescue helicopter also fell prey to the harsh weather and crashed on the nearby Button Island. Both its passengers died. This tragedy left its mark on Quebec’s maritime history.

And yet, despite the fires, the collisions, the shipwrecks and most of all the loss of human lives, the Desgagnés family have forged ahead, and sailed on.

Second Generation—Maurice, the risk taker From sails to motors