The Desgagnés men were obsessed with boats. They imagined them, built them, financed them and steered them. 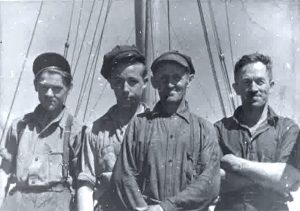 During winter, brothers would plan for the coming season. When money was good, and they found enough backers, they started construction on a new schooner. The Desgagnés always called on local shipwrights to design their ships, namely Baie-Saint-Paul’s Nérée Mailloux or the Audet brothers in Saint-Joseph-de-la-Rive.

In the early 1950s, brothers J.A.Z., Roland and Maurice were dreaming up their next schooner, and built a half-hull model out of a few dozen small wood planks. This half-inch scale model was the blueprint for their future ship. A model like this had to be crafted very meticulously, for it would decide if the future schooner would be stable or top-heavy, fast or sluggish, if it would be able to handle choppy waters, or instead tend to tire in the waves. They entrusted construction of this ship, the largest ever built in the village, to shipwright Albert Audet.

Audet inspected the half-hull model. Then, after a few adjustments, he disassembled it, drew the contours of each plank, and drafted the necessary plans for approval by Canada’s department of transport. 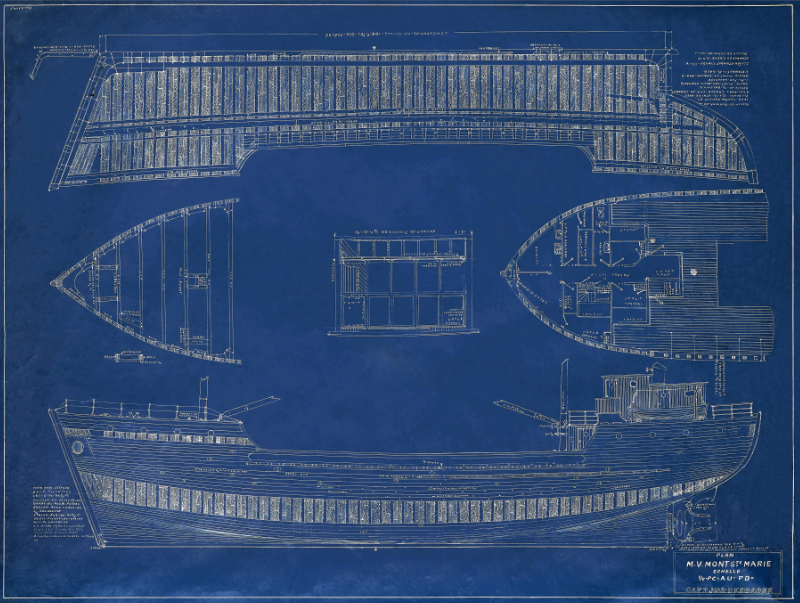 Blueprint of the Mont Ste-Marie

From this plan, the shipwright produced a detailed life-size drawing in order to build the templates for each element. This technique of making a plan out of a scale model is called “drafting”.

Then came time to select the wood. The captain shipowners and shipwright went to survey the nearby forests. Every tree and root had to have a specific place in what would later become the framework of the ship. It took a whole winter to harvest the wood needed for construction.

United we stand The Mont Ste-Marie