The changing of the guard

Although Yvan’s son Sylvain was still sailing, Groupe Desgagnés was bought in June 1987 by Louis-Marie Beaulieu, the company’s chief financial officer. Buying back 80% of the company’s shares, he operated an ambitious reinvestment program to grow the group’s activities in order to secure its place as a leader on the St. Lawrence, the Great Lakes and in the Arctic. Less than a year later, Groupe Desgagnés became the new owner of the Relais Nordik, a company contracted with servicing the Basse-Côte-Nord Territory. 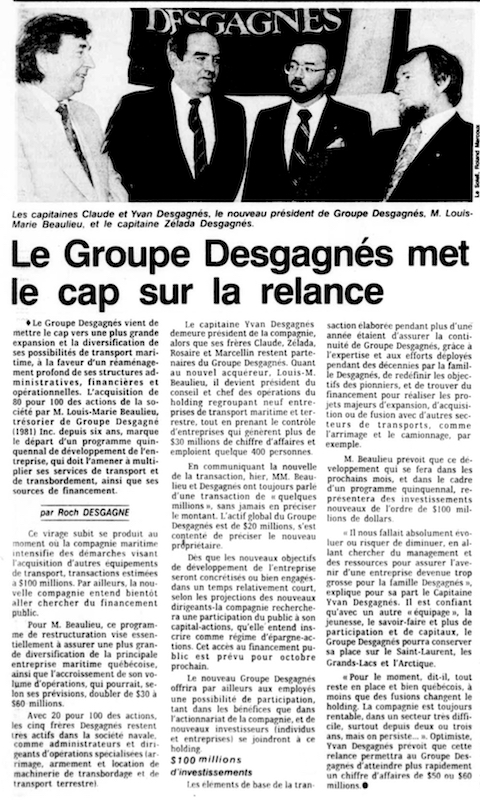 Today, Groupe Desgagnés can boast an annual turnover of $325M, and a workforce of over 875 people throughout Quebec. A few members of the Desgagnés family remain shareholders of the company, and many more are still employed as captains, crane operators, engineers and inspectors.

The creation of Groupe Desgagnés Preserving our heritage