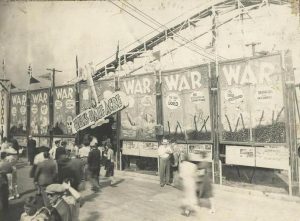 1947 was a big year for Canada’s outdoor amusement industry. With the war over, the big regional fairgrounds went through a major renewal, investing in new buildings and new designs. The public was also in the mood to party. 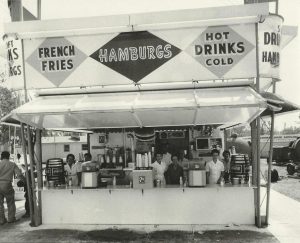 Hamburger and French Fries Stand, Circa 1942

Bingo saw a group of private companies make $245,000 over seven days at the Pacific National Exhibition’s Happyland in Vancouver in part by relying on independent operators for shows and concessions.

The original concept of the travelling carnival in 1893 relied on this model of an amusement collective where a group of independent operators would come together to operate on a lot. They may stay together for the season, a few dates or only one stop and move onto a different route entirely. With the war over and the industry rebuilding there was great potential for these small operators. 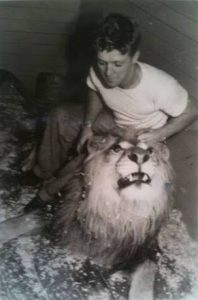 Early Picture of Young Bingo with his Lion Simba, Circa 1940s 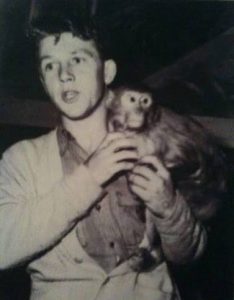 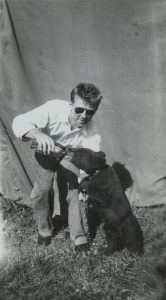 Hauser saw an opportunity to make money, purchased a lion cub named “Simba” and put together a lion tamer show. Over the course of the year he travelled across Canada and the United States, acquiring along the way a bear, a monkey, an alligator, and an anaconda snake; it was his own animal menagerie.

Learning the Ropes With It