View this video with a transcript: “The Whip Amusement Park Ride Then and Now” (Closed captions available in EN and FR) 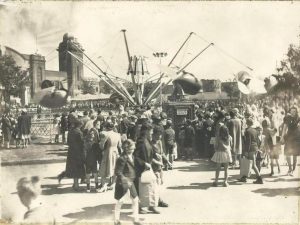 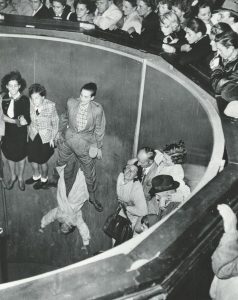 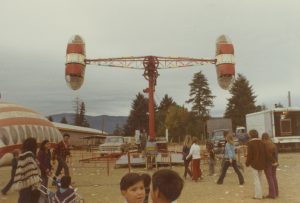 Ride manufacturers and carnival operators did everything they could to give the people what they wanted. Rides like the Loop-O-Plane (1933), Flying Scooters (1930s), the Rotor (1940s), and the Scrambler (1955) found innovative ways to thrill and scare fairgoers looking for excitement. 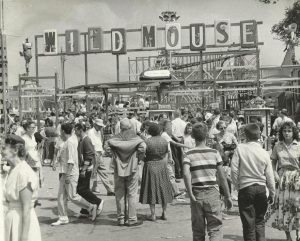 In 1957, Patty Conklin brought the Wild Mouse to the CNE and over the next few years it was the hottest attraction at fairs and amusement parks across North America. These roller coasters featured high G-forces (measurement of acceleration) due to tight flat turns and negative G-forces due to bunny hops. The rides like this, up to fifty feet high and over 1,000 feet in length were spectacular indeed. The modern midway was taking shape and rides were going to be the main attraction.

Bingo knew a lot about shows and concessions but was inexperienced when it came to rides. After moving to Langley in 1957, Bingo and Jackie bought their first ride, a carousel. 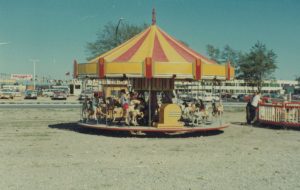 Winter Quarters The Demise of Shows