Sometimes it pays to be in the right place at the right time. With an established winter quarters and looking to the future, Bingo and Jackie were well positioned when an opportunity came up to own their own carnival. 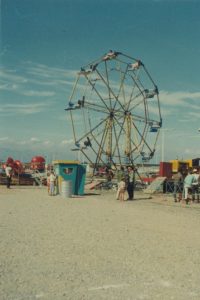 Royal Canadian Shows, owned by the Crawshaw family and operated out of Newton, British Columbia, were going out of business after approximately 35 years in business. Royal Canadian was an established company playing large fairs such as the Pacific National Exhibition in Vancouver, Lethbridge, Alberta and Moose Jaw, Saskatchewan. 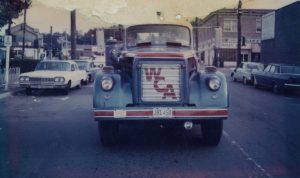 Bingo and Jackie purchased the assets of Royal Canadian Shows and formed a new carnival called West Coast Amusements. The new logo featured Simba, Bingo’s beloved lion, that helped to establish him as a showman.

West Coast Amusements played its first fair in Port Alberni, British Columbia in 1962. Bingo and Jackie spent these early years learning new aspects to the business such as developing games and concessions while still managing their animal show and raising a family. Winters were tough since profits earned were reinvested into business, and money was always tight. In order to make ends meet, Bingo would sell pots and pans, and Christmas trees, as well as deliver coal throughout the season. Everyone pitched in. 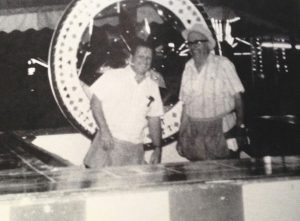 The Demise of Shows Trading Fur for Iron