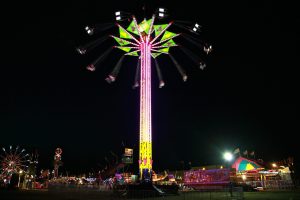 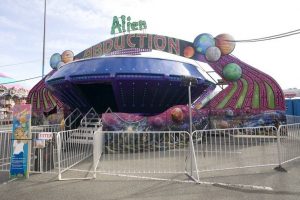 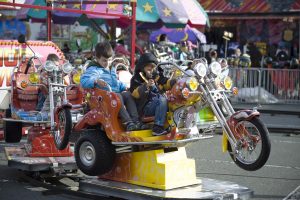 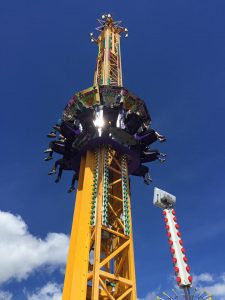 If you look at rides offered by West Coast Amusements, it’s the number of them that is surprising. There are over 100 rides to choose from. Kiddie rides designed for Kiddielands have been around since the 1930s. Vintage rides like Tilt-A-Whirls, carousels, and Ferris wheels are still popular. Spectacular rides introduced in the 1950s still tower over the midway. one-hundred-foot high swings like Vertigo, 100 foot drops like Super Shot. or Alien Abduction (which spins you fast enough to feel a G-force three times the force of gravity) are not for the faint of heart.

Food concessions blend new ideas with traditional carnival food. You can find shaved ice cream, cotton candy, candied apples, mini donuts, pretzels, pizza and snowcones to name a few. Most of the favourite carnival foods have been around for over 75 years. 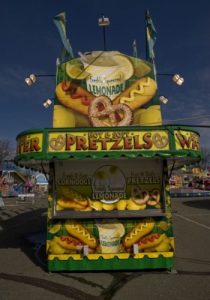 Games of skill like darts, water guns and ball games were seen on the earliest carnival lots in the early 20th century. The popular games of chance that once dominated the concession areas were mostly gone by the time West Coast Amusement started in 1962. 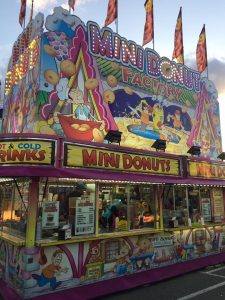 Stories from the Road On the Road