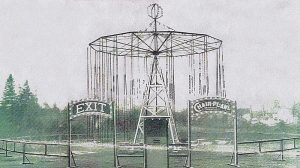 The carnival that young Irvin would have attended in Brandon in the 1930s is very different from today’s carnival. Brandon is home to Manitoba’s Provincial Exhibition and one of Canada’s premier agricultural exhibitions with a history dating back to 1882. 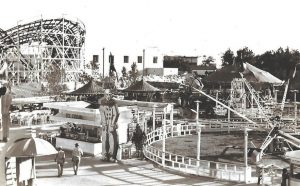 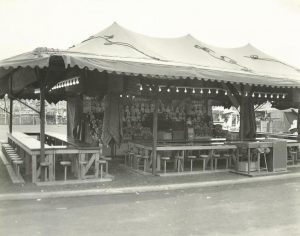 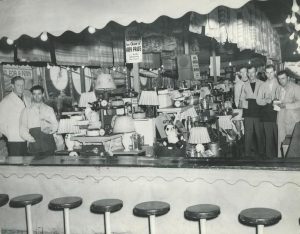 In the 1930s, Royal American Shows were providing the midway for the Provincial Exhibition. They were known as the World’s Largest Midway and one of the best carnivals operating at that time.

Conklin Shows would take over the midway in 1940 and all ‘Western A’ fairs in part due to travel restrictions and rationing during the World War Two. With no television and limited exposure to radio and books, for many the midway was a once a year attraction; a gateway to the rest of the world. Exotic animals, freaks, games of chance and skill, live music and delicious food made carnivals one of the few indulgences to separate people from their hard earned money during the Depression. 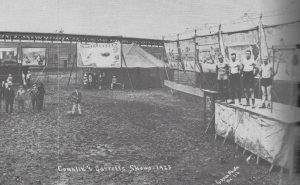 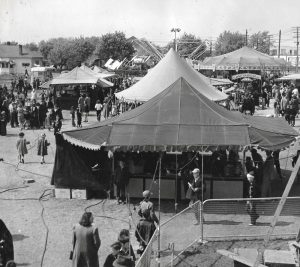 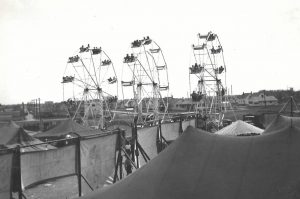 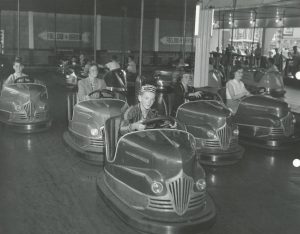 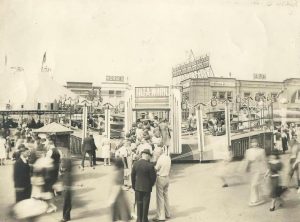 Like almost all carnivals at the time, Royal American Shows travelled by train. Moving the equipment from the railway siding to the fairgrounds was part necessity and part marketing, always attracting a crowd. Walking through a 1930s midway, you would notice all of the tents at the backend with bannerlines and stages out front. Shows presented inside the tents were the star attractions. Outside ‘talkers’ on the stages would gather an audience and provide glimpses of the shows to get them to step inside.

The ‘talkers’ were also referred to as the ‘bally’, it was one of the great draws of the early carnivals. Lots to see for free.

The number of rides were growing on the 1930s midway. Along with the standard Ferris wheel, merry-go-round and whip (fast moving spinning cars), new rides like the tilt-a-whirl (large spinning buckets), bumper cars and chair-o-plane (spinning swing chairs) were slowly gaining prominence.

Irvin Hauser, A New Canadian The Circus in the 1930s