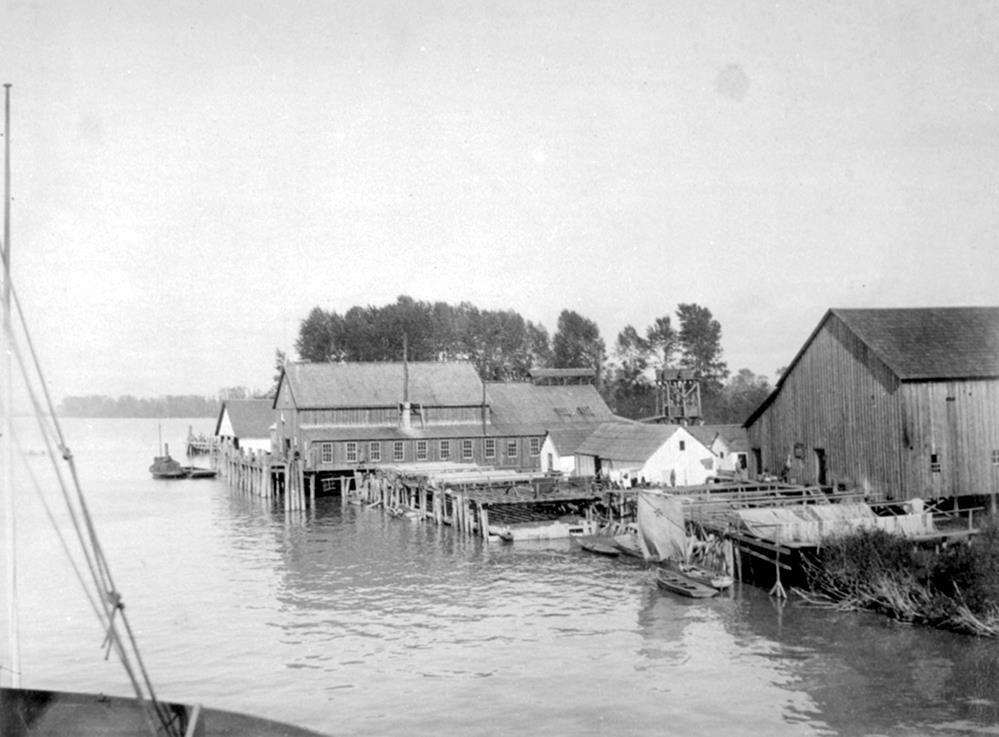 John Sullivan Deas was born in South Carolina and became a tinsmith in his teens.  He was working in San Francisco in 1860; in 1862 he moved to Vancouver Island.  In the same year he married Fanny Harris and they moved to Yale where their first son Robert Lyles was born. But by March 1869 Deas was back in Victoria running a hardware store “Birmingham House”, advertising himself as in Importer of Hardware, Stoves, Tinware etc.

In 1870 Deas contracted to make cans for Edward Stamp’s salmon cannery venture in New Westminster, on the B.C. mainland, one of only two in operation that year.  Stamp died within a year, and Deas went into the salmon canning business for himself, pre-empting the land that now bears his name.

July 25, 1872, British Colonist Newspaper “At the Fishery which is carried on by Mr. Deas some 300 cases of canned salmon were already put up, four boats were constantly at work, the number of men employed is about 25.” 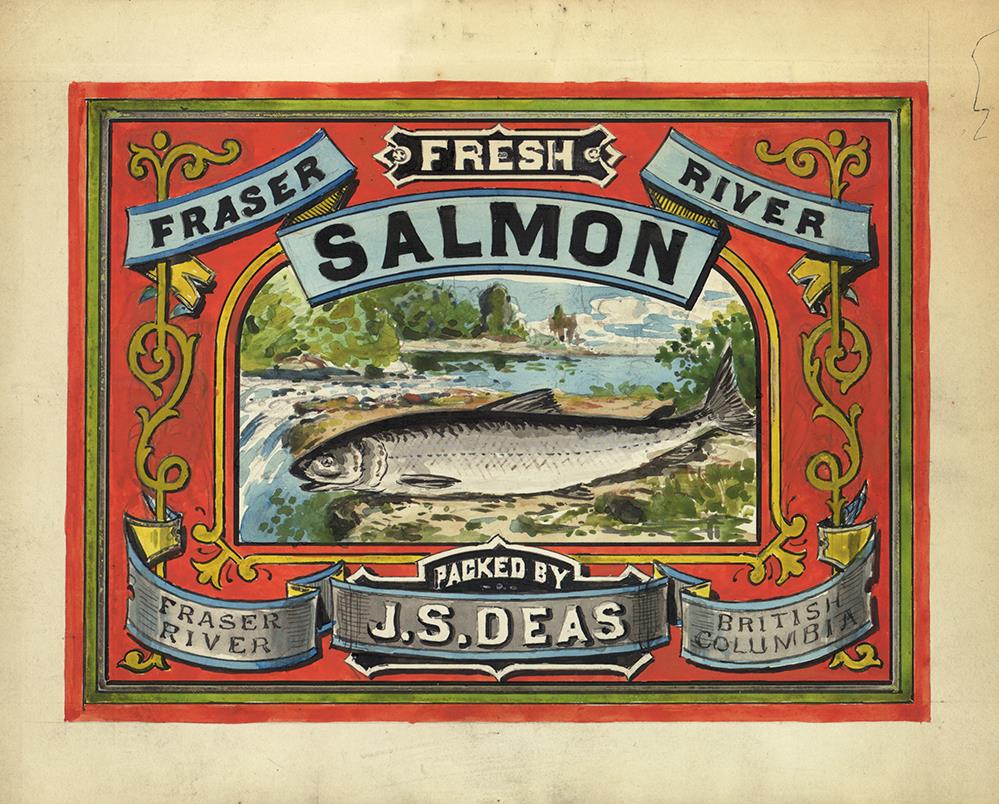 The labels that Deas used are noteworthy; contracting with lithographer Grafton Tyler Brown of San Francisco to re-design and print the labels. Brown later came to B.C. as a professional artist.

In 1878, facing stiff competition, Deas sold the cannery to his Victoria agents and returned to Portland, Oregon with his wife and family. Seven seasons canning salmon and the size of the operation has ensured the name of John Sullivan Deas is remembered; Deas Island remains a popular scenic spot for walkers and hikers. 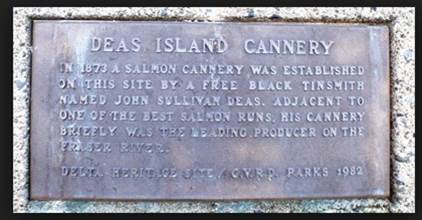