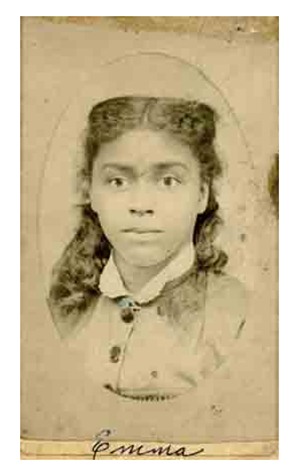 Emily Arabella Stark was born in California on February 17, 1856; the eldest daughter of Sylvia and Louis Stark; she was four years old when her family arrived on Salt Spring Island, B.C. in 1860.

In March of 1873 the family moved to a new farm in the Cedar area near Nanaimo, on Vancouver Island. After a few years, Emma’s mother returned Salt Spring Island.  Emma stayed with her father and completed high school in Nanaimo. 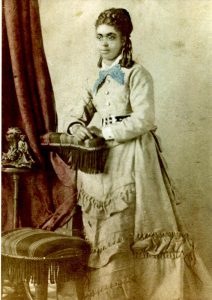 On August 1, 1874, at the age of 18 Emma was hired to teach in a one-room school in the Cedar district, becoming the first Black teacher on Vancouver Island. A notice was published in the local newspaper. There were only 32 public school teachers in British Columbia at this time. Teacher training was established in B.C. in 1901; until then, a high school certificate was the qualification to teach.

The children who lived a long way from the school boarded with Emma. One of the students was her younger sister Marie.

“On weekends Emma rode home on the back of her horse with Marie riding behind her. Their legs dangled in the water of a stream they had to cross. In winter they travelled in a home-made sleigh, pulled by oxen. Emma taught for several years at a starting salary of $40 a month.” Marie Stark Wallace.

Sadly, her life was cut short; she was thirty-four years old when she died childless of an unknown cause on July 30, 1890. Her grave is next to that of her grandfather Howard Estes at the Ganges Community Cemetery on Salt Spring Island. 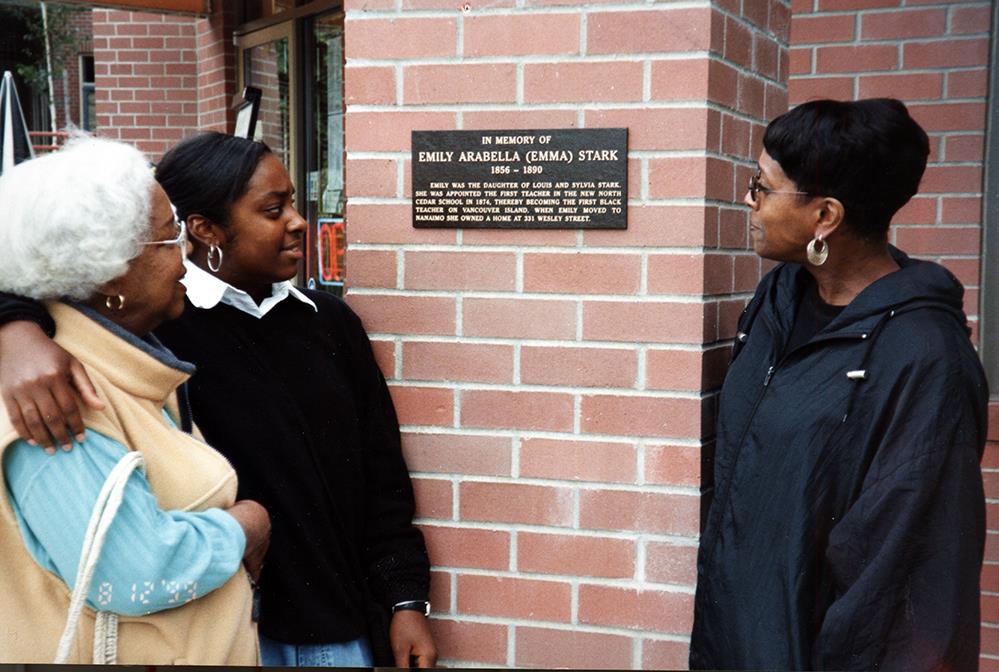 Emma Stark’s great-grandniece Naidine Sims with her daughter and granddaughter, visit the plaque at the former address of Emma Stark in Nanaimo, B.C. (2002).