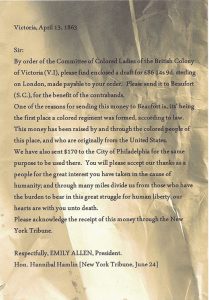 On April 13, 1863 the “Committee of Coloured Ladies of the British Colony of Victoria (V.I.)” wrote to Hannibal Hamlin, the then Vice President of the United States, serving with President Lincoln. Their letter was reprinted in the Gazette News, Victoria, B.C. on July 10, 1863.

In this letter and in a previous letter, the Committee was sending a donation “for the contrabands”, escaped slaves and/or free blacks who affiliated with Union forces during the American Civil War. The first donation was $170.00, $5,300.00 CDN today; this second donation was £86 14s 9d, $18,000.00 CDN today.

“ Some women came on their own, with sisters or aunts or were young married women who emigrated with their husbands. Most first generation women were involved in long lasting, stable marriages interrupted only by the death of a spouse.  Many were married to business or tradesmen who achieved relative economic prosperity. ”  Sherry Edmunds-Flett, Historian.

The women in this story provide a glimpse into their community activities, education and political awareness. 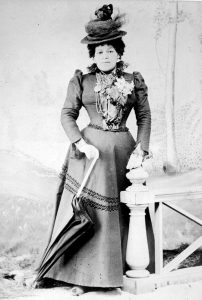 Born in Puerto Rico on December 28, 1853, Mary Lowe was brought to Victoria as an orphan speaking only Spanish in the 1860’s. She married James Augustus Barnswell in 1871 and they had ten children.
She died on January 31, 1947 at the age of 93. At the time of her death, there were 14 grandchildren and 10 great-grandchildren . Her obituary in the Colonist on February 1 states “Nonagenarian Is Well Known Here, has spent more than 80 years in Victoria, and the story of her life is linked with that of the early days of the city. She is one of the best known of figures among old-timers.” 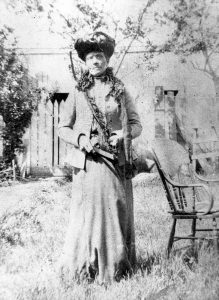 The Richard family was part of a nucleus of families who moved to California from Florida and then later to Vancouver Island.   Born in Jacksonville, Florida, she was about 13 when she arrived in Victoria with her family. At age 21 she married Robert Clanton, who was also a Black pioneer, on Boxing Day, 1866, at St. John’s Anglican Church, Victoria. They had 3 children, 1 daughter and 2 sons.

Sydna Francis arrived in Victoria circa 1860 with her husband Abner Hunt Francis and daughter Theodosia, age about 16.  In earlier days; (circa 1843) Sydna was secretary of the Female Dorcas Society as well as President of the Ladies’ Literary and Progressive Improvement Society of Buffalo; an all-female group formed to improve “the moral intellectual, political, and social advancement” of African American women by promoting literature, art, sciences and encouraged political reform.

Maria Gibbs graduated from Oberlin College in 1854. She then taught school in Philadelphia circa 1855 to 1858. In 1858/1859 Maria Alexander was courted by and married Mifflin Wistar Gibbs on May 2, 1859 and moved to Victoria. 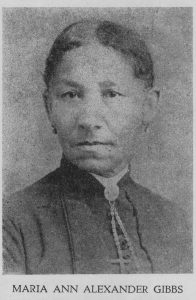 Maria bore all their children here in Victoria; Donald Francis, Ida, Horace, Wendell and Harriet.  After the birth of Harriet in February and a decade in Victoria (circa 1859-1869) Maria and the children returned to Oberlin, Ohio. Mifflin followed shortly after. “Thanks to her years at Oberlin, she was one of the best-educated women in the city.” Crawford Kilian. 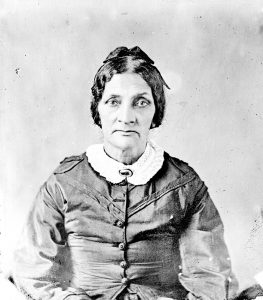 In one of the few letters surviving from that period Nancy Lester wrote to her friend abolitionist William Still “Indeed it seems to be a providential provision for us who are so oppressed.  I feel somewhat encouraged to believe that ere long we may find a home for our children in the right place. Those who have gone to Vancouver Island were delighted with the hospitable reception they met from Governor Douglas. Our enemies are never willing that we should migrate to a place where we will be benefitted.” Nancy’s thoughtfulness and kindness went beyond the Black community. The British Columbia Protestant Orphan’s Home (Daily British Colonist July 8, 1874) gratefully acknowledged the donation of fruit, vegetables and eggs from Mrs. Lester.

Discover the stories of other women featured in this exhibit. Nancy Alexander, Rebecca Gibbs, Emma Stark and Sylvia Stark.