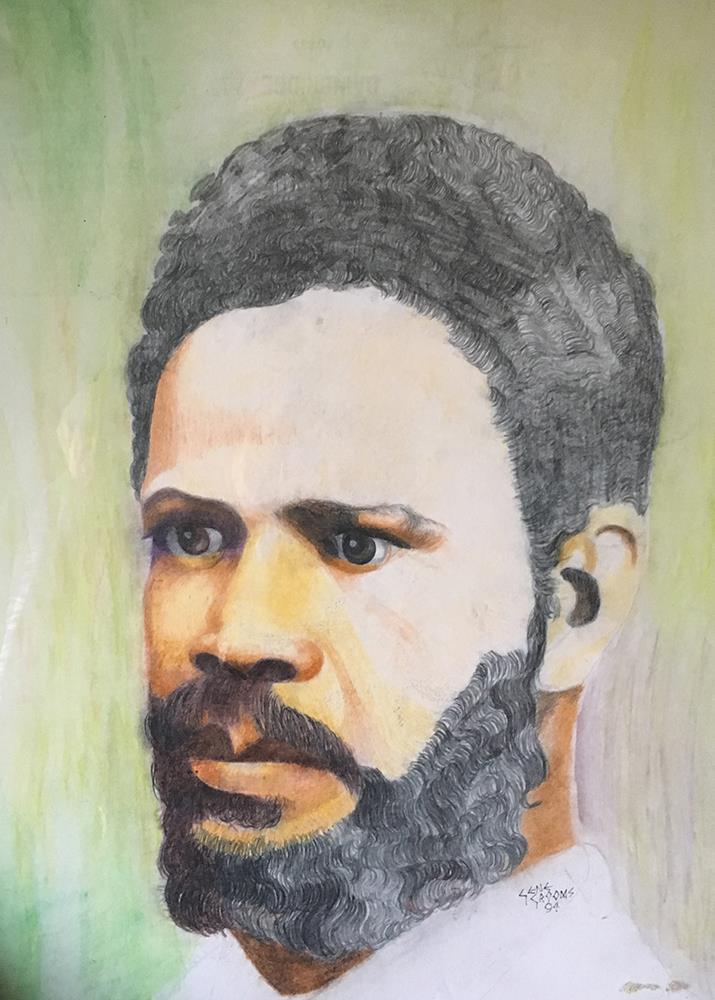 William Allen Jones was the 1st dentist in B.C. (1886) to be granted a license under the British Columbia Dental Act.

William Allen was the oldest of three brothers who came with the other pioneers.  All three brothers initially settled on Salt Spring Island, pre-empting land on the west side of Ganges Harbour.

They were all graduates of Oberlin College, Ohio. William received his degree in 1857.

William and his youngest brother Elias spent little time on Salt Spring Island, as they, like others, had come for the excitement of the gold rush.  They headed to Barkerville, located in the eastern interior of B.C. while their brother John Craven remained on Salt Spring Island as a school teacher.

After the American Civil War (1861-1865) William returned to Oberlin College to complete his dental studies and then returned to Barkerville.   In the meantime, Elias continued to mine near Barkerville, returning to the United States circa 1892 and then married. 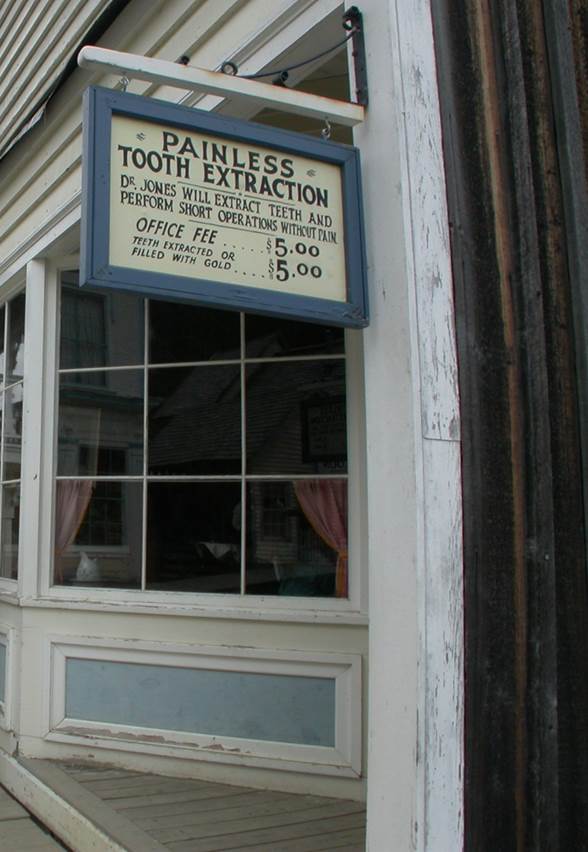 The sign is a reproduction, constructed as part of the Barkerville Historic Town and Park.

In 1895, William provided the Oberlin alumni office news about himself, “in Barkerville, working in gold mining and dentistry”.

William Allen Jones died of pneumonia in 1897 in Barkerville and is buried there in the Williams Creek Cemetery.