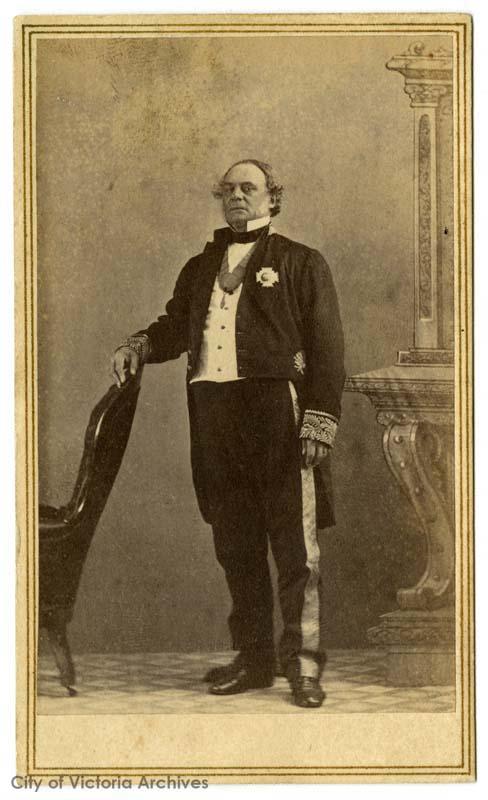 John Adams is an author, historian, and he owns and operates a walking tour company “Discover The Past” that offers a full suite of fun and insightful history tours in Victoria throughout the year.  In this video John talks about the arrival of Douglas to Fort Victoria from Fort Vancouver, in what is now Washington State.  Douglas was on a mission to find a new headquarters for the Hudson’s Bay Company in British territory and out of American territory.

James Douglas scouts the site for Fort Victoria (captions available in both French and English). View this video with an English transcript.

Douglas knew what had happened during the California gold rush when an estimated 300,000 Americans from other states and abroad flooded into California.

Douglas desperately needed settlers and he needed them quickly, settlers who could help to cement Victoria as a British administrative, business and mining hub, thwarting any attempts by the Americans to re-assert territorial authority.

Through his time and experiences as Chief Factor of HBC and Governor of the Colony, dealing with territorial, commercial and political issues, Douglas would have been cognizant of the discriminatory laws and racial tensions in the U.S. and the frustration and obstructions that Blacks in California were facing.

On April 25, 1858 the “Pioneer Committee” of 35 African-Americans from San Francisco arrived in Victoria to meet with James Douglas.  Over the course of the next several months an estimated 800 Blacks settled in the British colony.