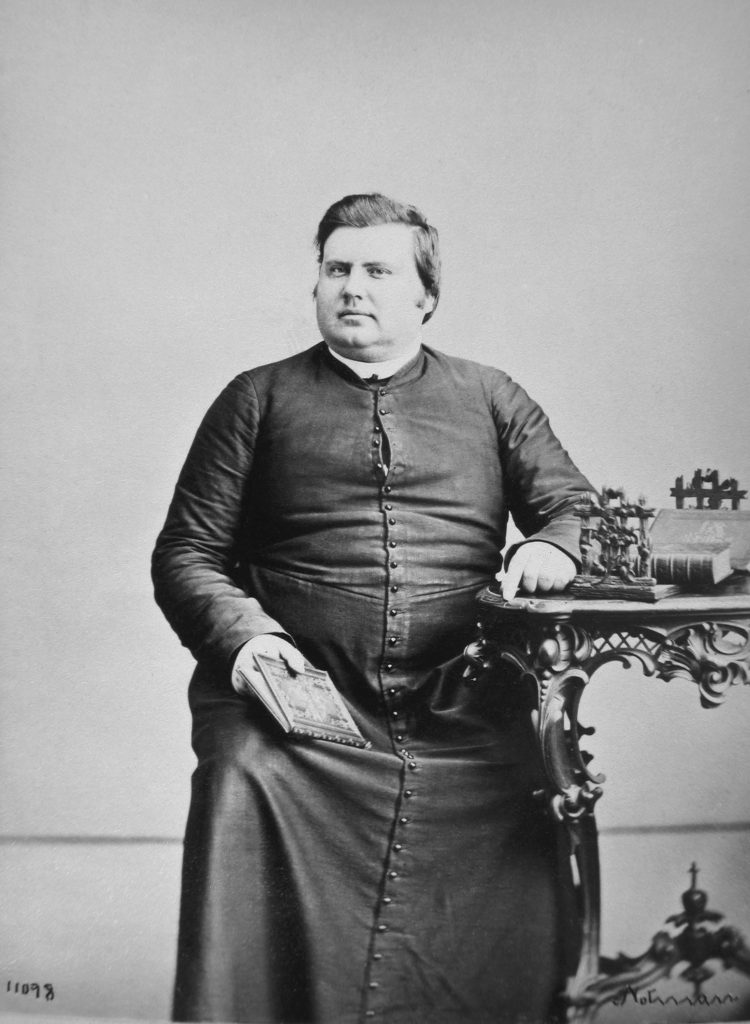 Portrait of Antoine Labelle as a young priest

Born in 1833, François-Xavier Antoine Labelle was just a few years old when Quebec was roiled by the uprising of the Patriotes (the Lower Canada Rebellion) in 1837. Sainte-Rose, the second parish of Île Jésus, stood in the midst of one of the regions shaken by the nationalist revolt. These major events and the influence of his very pious mother made a strong impression on him. Some of his personality traits were already apparent. They would later make him the man of the Church he is known as and a great patriot.

At age 11, young Antoine entered the Petit Séminaire de Sainte-Thérèse to begin his classical studies. Full of initiative and driven by his curiosity and thirst for knowledge and new ideas, he soon showed leadership qualities. He was especially interested in history and philosophy. 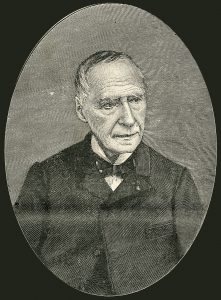 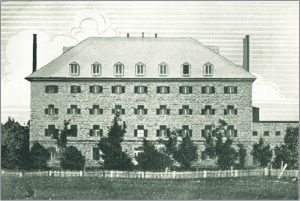 The Petit séminaire de Sainte-Thérèse in 1848

He entered the Church at age 19 and was ordained a priest four years later. The experience of administering a number of different parishes helped build his character. The one that made the deepest impression on him was that of the border village of Saint-Bernard-de-Lacolle, where he saw many of his fellow citizens leaving for the United States. This exodus, a real slap in the face for Labelle, had the effect of strengthening his nationalist convictions.

Before long, Curé Labelle would move to “his north country” and become its legendary king.