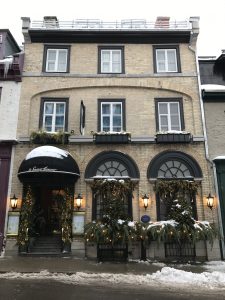 Monseigneur Labelle, much missed by his parishioners in Saint-Jérôme

For several years, Antoine Labelle had been suffering from an untreated strangulated hernia. In his final days, he was in a great deal of physical pain, but was also devastated by an official announcement from the Holy See in Rome refusing to grant his request to establish a diocese north of Montreal. This news came as a fatal blow to him, as he had set great store in a bishopric.

In the early morning hours of January 4, 1891, the King of the North passed away in Quebec City. He was only 57 years old. The giant’s life was ended by the illness eating away at him from inside, despite the best efforts of his physicians.

Transcription of the video: Death of the Man, Birth of the Legend

News of Labelle’s death caused consternation across the country and even in Europe, where a requiem Mass was held for him in Paris. In Quebec, an imposing funeral was organized, comparable to that of Sir George-Étienne Cartier. Saint-Jérôme was decorated grandly for the occasion. On January 8, the day of the funeral, a special 13-car train was commissioned to ferry some 1,200 passengers from Montreal to Saint-Jérôme. A crowd of 10,000 marched through the town’s streets. The hearse bearing Labelle’s coffin was pulled by eight horses, followed by six floats, each drawn by two black-clad horses.
Announcement of the death of the parish priest Labelle, text by J.J. Grignon:

Transcription of the audio: Announcement of the Death of the Parish Priest Labelle, Text by J.J. Grignon

It was a national day of mourning, on the same scale as the emptiness created by the death of the King of the North. The man had passed away, but his legend had just begun.