Fascinated by progress, Curé Labelle took great interest in the explosive growth of industry and commerce that occurred during his lifetime. He quickly grasped that the success of colonization depended on the development of industry. 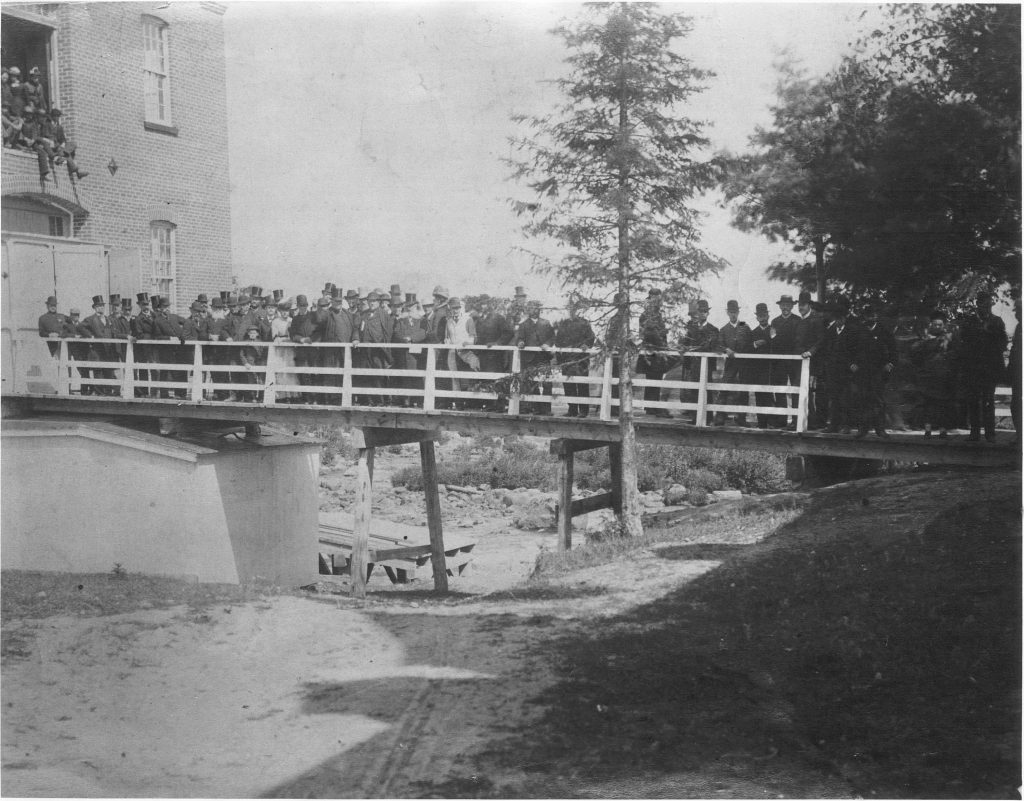 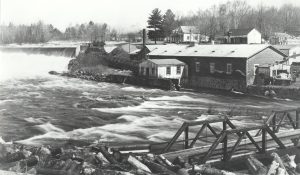 View of the Wilson Pulp Mill and bridge

Labelle became one of the most fervent promoters of industrial development and technical training in the Laurentians. Over the course of the 23 years he served as the priest of Saint-Jérôme, his parish enjoyed rapid industrial growth. Local industry included sawmills, a tweed mill, several flour mills, woollen and fulling mills, a watch factory, a shoe factory, a glove factory, a piano maker, and two furniture factories. The best-known manufacturers that set up shop in Saint-Jérôme under Labelle’s influence were the J.-B. Rolland paper mill and the Wilson Falls (formerly Saunderson Falls) pulp mill. 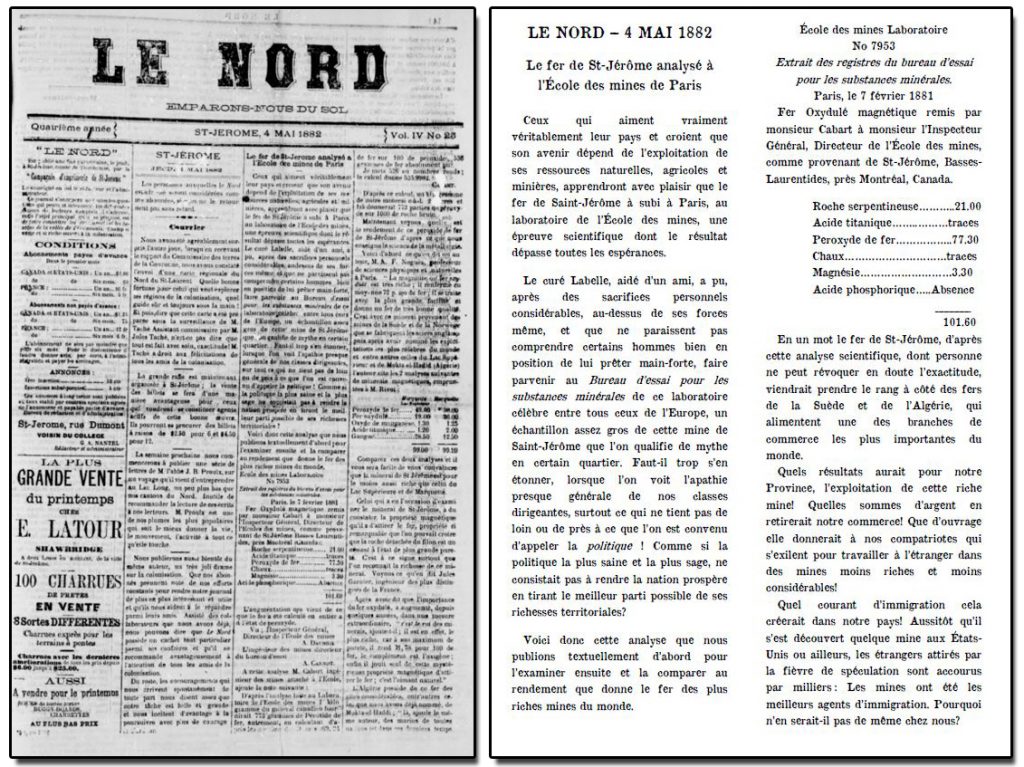 He also promoted mining in areas farther north. An iron ore mine humorously known as “Curé Labelle’s Hole” was operated on a small scale in Saint-Jérôme while he was the parish priest. It was said that 50 to 60 tonnes of ore a day were extracted.

Transcription of the audio: Letter from Curé Labelle to William Scott