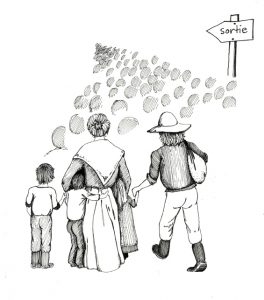 The French Canadian migration to the United States

In the second half of the 19th century, poverty was chronic in towns and cities, and the jobless rate rose higher and higher. Labelle witnessed the sad spectacle of many fellow Quebecers leaving for the United States. The exodus took on almost biblical proportions. It is estimated that between 1850 and 1900 around 580,000 French Canadians left the country to seek employment and a better life in the United States. Out of a total population thought to be just under 1,400,000 (1881), this massive expatriation was a demographic disaster that deeply depressed the colonizing missionary. At the same time, British emigration was rising—a trend that threatened the balance of forces between French and English Canada. 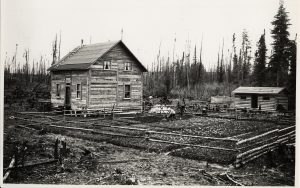 Labelle was of the view that “colonization”—that is, French-Canadian settlement of new regions—was the only way to staunch the population drain. It offered an alternative to the servitude of poverty rife in towns and cities and to the inhumane working conditions that prevailed in the New England factories. French Canadians would henceforth have the choice of following the path of “people of the land,” pioneers and homesteaders who would one day become well-established habitants, sovereign citizens who were masters of their own fate. 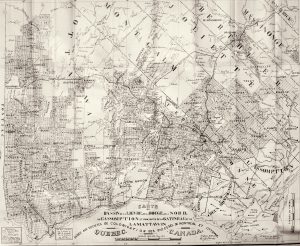 Map of the Lièvre, Rouge, Nord, and L’Assomption watersheds, with parts of the Gatineau and of the Mattawin watersheds, 1883

It was said of Labelle that “he was a man with just one idea on his mind: colonization,” and for good reason. He devoted himself body and soul to his cause, to the point of neglecting his own well-being. He was sometimes compared to Moses, leading his settlers north to the Promised Land, with the aim of “conquering the conqueror!”

Speech to the National Agricultural Congress:

Transcription of the audio : Speech to the National Agricultural Congress