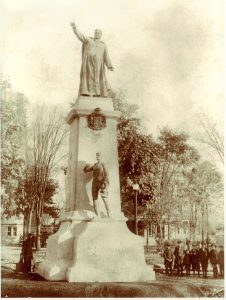 The life and work of Antoine Labelle have inspired many artists, painters and sculptors who, each in their own way, have paid homage to him. In the fall of 1924, in Saint-Jérôme, a monument to the memory of Labelle by the famous sculptor Alfred Laliberté was unveiled. It consists of two bronze statues cast in Paris and mounted on a granite pedestal designed by the firm Viau and Venne. The monument portrays Labelle pointing to “his north” and, below him, a pioneer with an axe. Isidore Martin, Labelle’s loyal friend and right-hand man, had the honour of unveiling the statue.

Right from the time of his death, artists were inspired by Labelle’s greatness. Olindo Gratton, for example, a sculptor from Sainte-Thérèse, Quebec, created a statue of the colonizing priest. Of the 50 statues produced from the original casting, only a few are still intact today.

Statue of Curé Labelle carved in 1891 by Olindo Gratton

More recently, the sculptor Martine-Carole Gagnon created a high relief of Curé Labelle and his railway. The work, in downtown Mont-Laurier, is an initiative of the Société d’histoire et de généalogie des Hautes-Laurentides and the regional county municipality of Antoine-Labelle.

Statue of Antoine Labelle created by sculptor Martine Gagnon in 2016

On the occasion of the 125th anniversary of the death of the King of the North, the Laurentians paid tribute to the famous colonizing priest. Throughout 2016, as part of the commemorative activities, fabulist artist Dominique Beauregard, in conjunction with the Société d’histoire de la Rivière-du-Nord and the City of Saint-Jérôme, presented an exhibition devoted entirely to Labelle’s life and work. 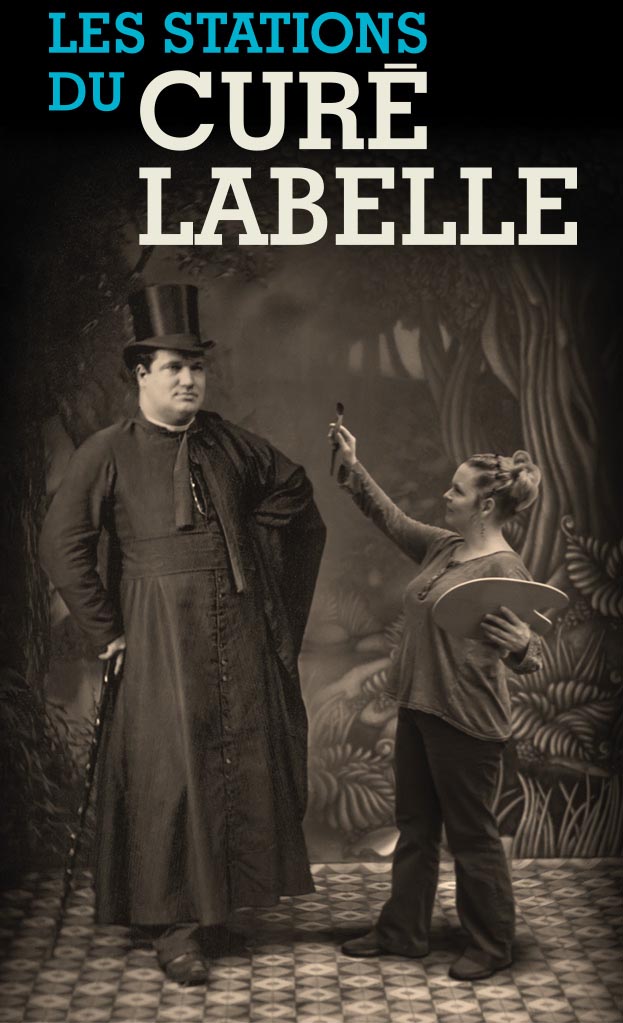 Advertisement for the exhibition Les Stations du curé Labelle, presented in four cities in the Laurentians in 2016

Will Curé Labelle arouse the curiosity of artists of future generations to the same extent? Only time will tell.