Antoine Labelle did not begin his career in the Church as King of the North and priest of Saint-Jérôme. As a young seminarian, he had to gain experience and pass through the stages to become a parish priest. 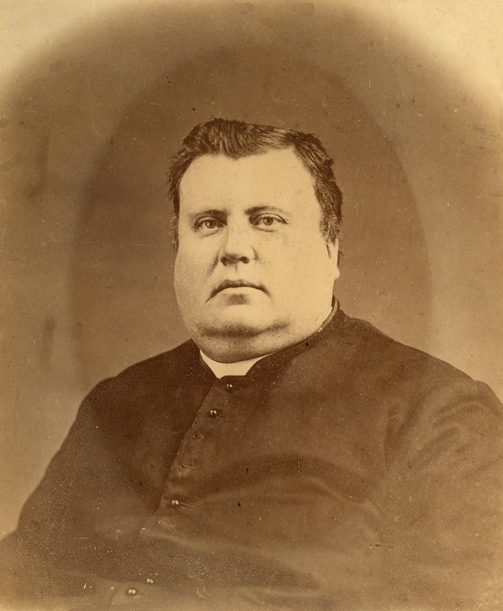 He first served as curate in the parish of Sault-au-Récollet, and later at Saint-Jacques-le-Mineur. When the young Labelle first arrived in Sault-au-Récollet, Mgr. Vinet is said to have found him noisy and his footsteps “far too heavy.” But, as Curé Charles-P. Beaubien noted in Le Sault-au-Récollet, ses rapports avec les premiers temps de la colonie: “That wasn’t so bad […] He was destined to take paths where he would be allowed to make lots of noise, and do even more good.”

Having completed his training as a curate, he became the first priest of the parish of Saint-Antoine-Abbé. His last stop before Saint-Jérôme was the parish of Saint-Bernard-de-Lacolle, a town on the U.S. border. There he witnessed the exodus of fellow French Canadians leaving to find work in the cotton mills of New England. This period marked him deeply and left him somewhat discouraged. For a short time, he too considered joining the exodus, to escape the difficult conditions faced by priests deprived of the means and resources needed to found their parishes. 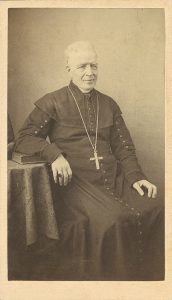 His bishop, Mgr. Bourget, realizing he was running the risk of losing someone with the potential to be of great service to the Church, made him the gift of the parish of Saint-Jérôme. This new assignment turned out to be a godsend for Labelle. His despondency suddenly turned into inspiration. Looking north to the vast expanses of untamed wilderness, he had a vision of a Promised Land where his conquering footsteps would soon resound as he led his colonists on a mission to “seize the soil”.