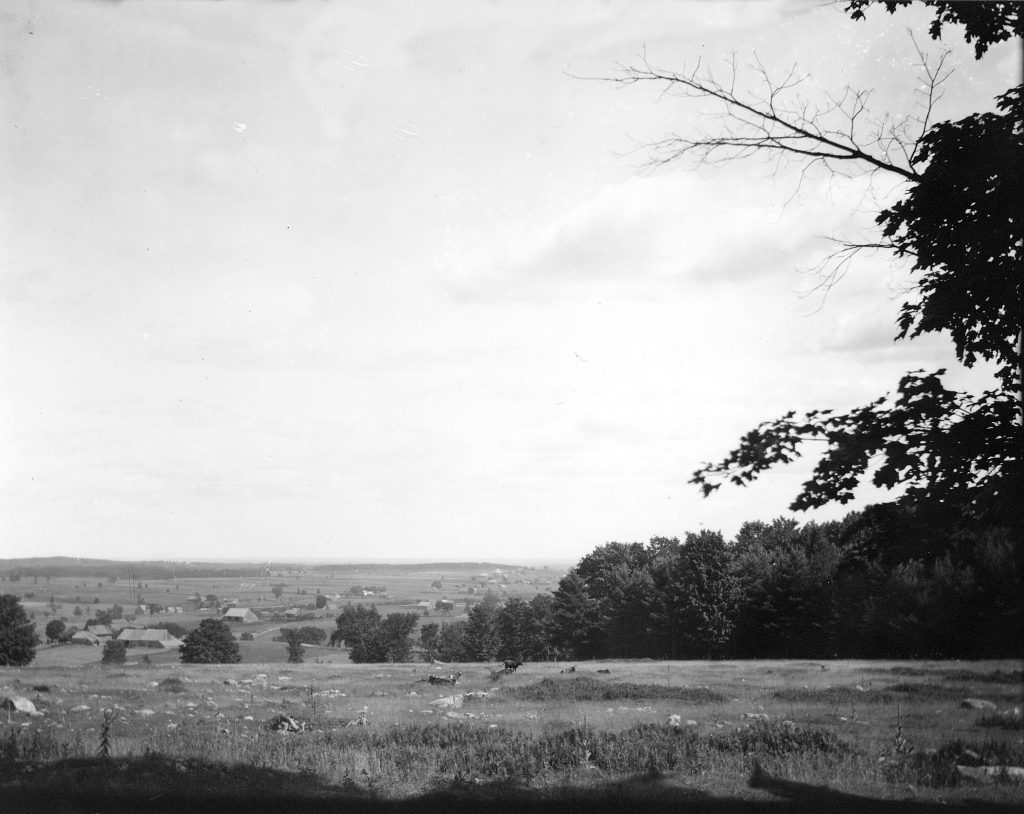 The plain at Saint-Jérôme

Agriculture was one of the cornerstones of Labelle’s plans for colonization, and his favourite subject. He spoke about it in a letter to his loyal right-hand man, Isidore Martin. From his cabin on the Circassian, the ship carrying him to Europe on one of his official trips, he wrote: “You know, Isidore, we have to take care of our animals. […] Next summer, put the two mares with the same stallion again.” He later added: “Spread your manure before you harrow. The soil is light and the harrowing will bury the manure just the right amount.” Even while on an official mission, Labelle was still concerned with things of the earth.

He also promoted the development of the dairy industry. He himself tried to introduce to the Laurentians a breed of dairy cow that provided an excellent milk yield. “Today, when people talk about those cows, they say: Those are Curé Labelle’s cows. They have my mark on their forehead,” he noted in a speech he gave at a dairy convention in Sorel in the summer of 1890.

He advocated a modernization of Quebec agriculture and its techniques and encouraged the dissemination of agronomic knowledge through agricultural circles and societies. He also contributed to the creation of the Order of Agricultural Merit, which honors the best farmers.

J.-B. Rolland & Fils had been publishing the Almanach agricole, commercial et historique since 1866. Containing news of the latest advances in science and technology, it was a valuable reference for farmers. 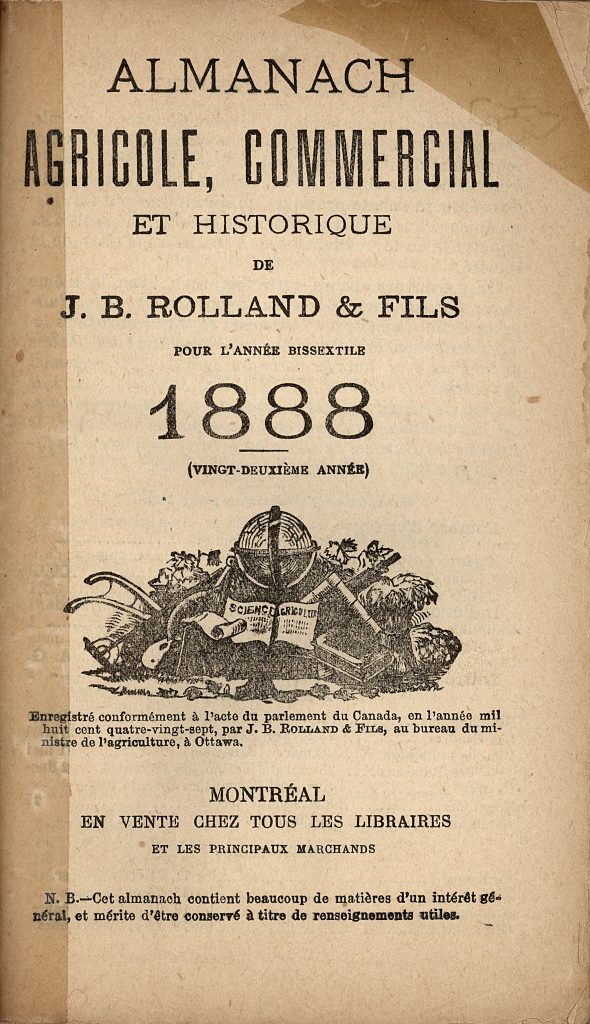 Farming, commercial and historical almanac for the leap year 1888

According to sociologist Gabriel Dussault, “Labelle wasn’t advocating the maintenance of a self-sufficient economy, but rather the development of a genuinely commercial agricultural system.”