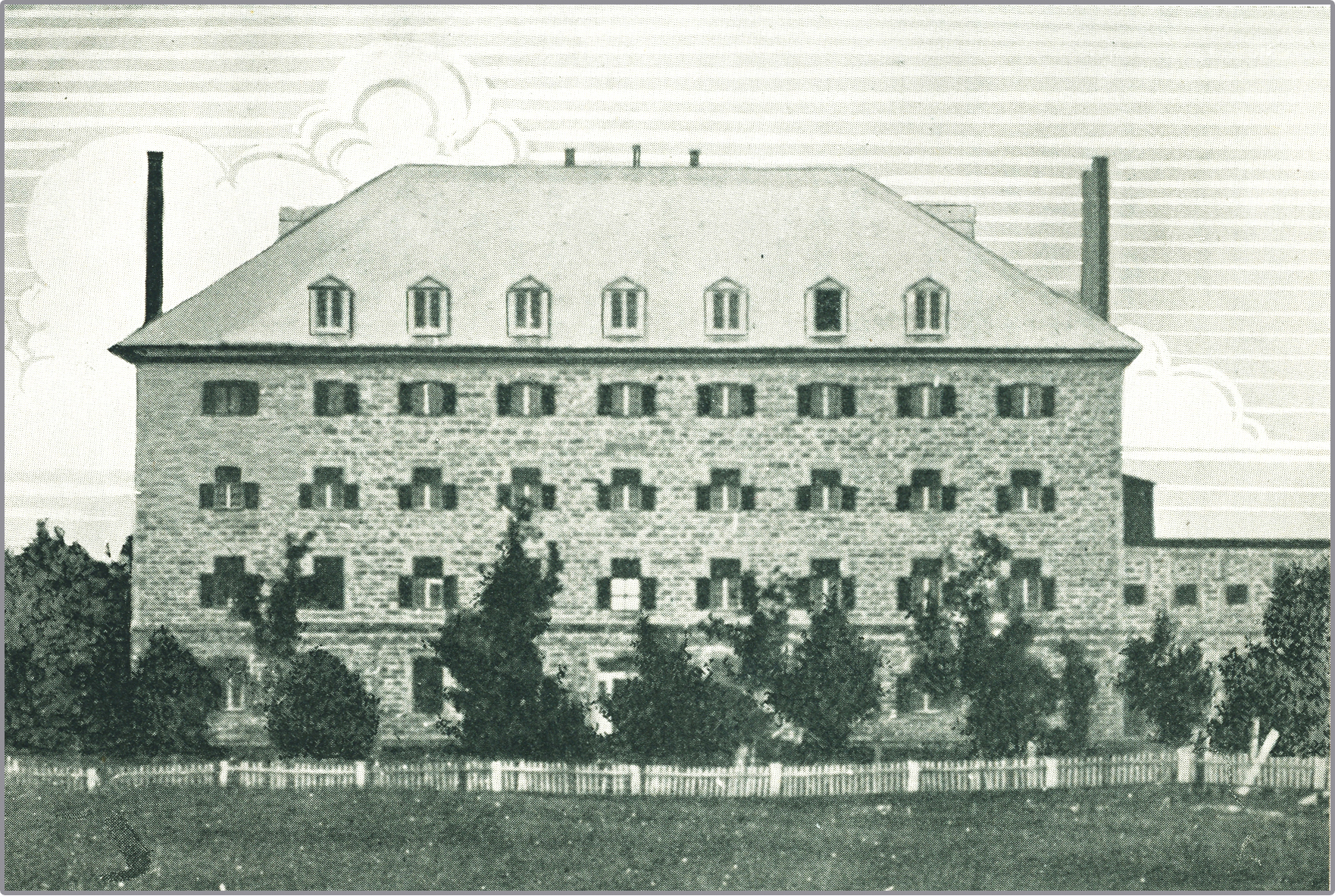 The Petit Séminaire de Sainte-Thérèse was founded in 1825 by Father Charles-Joseph Ducharme. It initially occupied a house, before a more spacious purpose-built structure was completed in 1846 to house the growing number of students. The seminary offered both a classical education and instruction in theology for future members of clergy. Antoine Labelle studied there between 1844 and 1855. The original seminary was destroyed by fire in 1881 and a new one was built in its place.