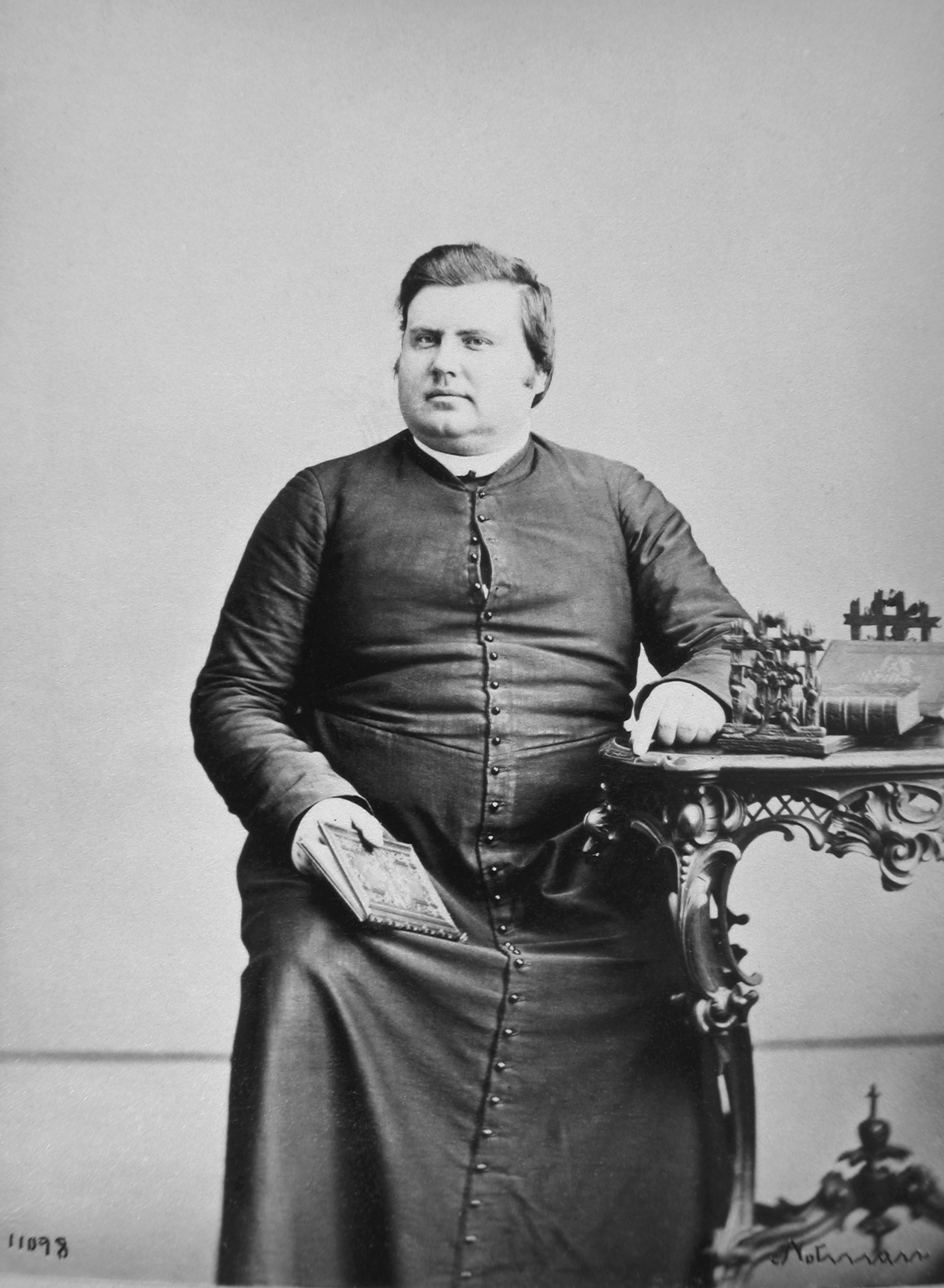 When this photograph of Antoine Labelle was taken in 1864, he had been a curé for eight years. The year before, he had been made the parish priest of Saint-Bernard-de-Lacolle, close to the U.S. border. The area was abuzz at the time with rumours of invasion by the Fenians (Irish nationalists). “Just let them try to come through Lacolle; you shall see me leading the company to repel them,” he said. He even had his own bugle to call the troops to arms! These were the first expressions of his patriotic impulses.