In 1940, a vessel naming policy was developed in Canada to reward cities for their patriotism and efforts during the war. In November 1941,            the member of Parliament for Verdun, Paul-Émile Côté, wrote to the Honourable A.L. Macdonald, Minister of the Naval Service of Canada, asking to participate in the program. The process began in September 1942 when the Navy informed Mayor Wilson that it wanted to name a new frigate in honour of Verdun. However, the name “Verdun” was already being used by the  Britain’s Royal Navy alongside which the Royal Canadian Navy served, which meant that the City had to find another name for its frigate. 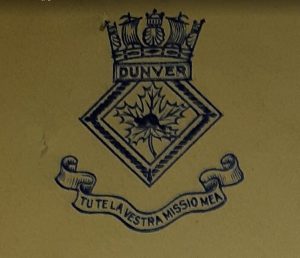 Emblem of the HMCS Dunver

In September 1942, Mayor Wilson asked Verdunites to submit their ideas for names as part of a contest launched by the local newspaper, The Guardian. The contest closed on October 1, 1942, and three proposals were chosen from among the 152 submissions.              The choices, in order, were, Beurling  (the Verdun fighter “ace”), Crawford (one of the founding fathers of Verdun) and Dunver (the reversal of the syllables “ver” and “dun”). In April 1943,  Macdonald officially announced that the Verdun frigate would be named   His Majesty’s Canadian Ship (HMCS) Dunver. 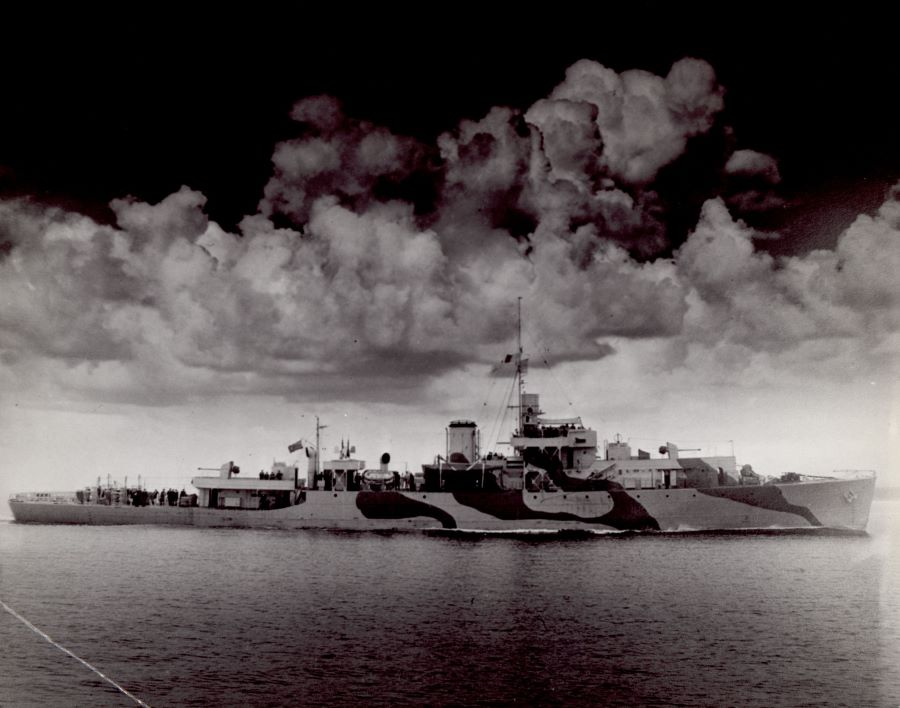 Full view of the Dunver frigate at sea

The Dunver, a 300-foot and 2 445-ton anti-submarine frigate, was officially commissioned by the Royal Canadian Navy, in Québec City, on September 11, 1943. Verdunites took great pride in their ship, delighted in its exploits and took pleasure attending to its crew.

Gift of a Bell and Howell projector (film, sound and image) to the crew of the Dunver

Did you know that, according to a military tradition, a child of a crew member born on one of Her Majesty’s ships must be baptized directly in the ship’s bell and his name is engraved on it? This is what occurred when the wife of a doctor gave birth aboard the Dunver and the name of her child, Carol Reach Kerr, was engraved on the bell.

The War Effort in the Home George Beurling, Verdun’s Hero