An unprecedented housing crisis hit Verdun towards the end of the Second World War. Several factors came together to cause this situation. Among others, during the Great Depression that started in 1929, many families had to share housing. Following the outbreak of war, those families were able to leave and find their own place to live. This coincided with the arrival of people who wanted to take advantage of Verdun’s low rents. Starting in 1941, the Defence Industries Limited munitions factory was also attracting a huge influx of new residents, adding still more pressure on the rental housing market in Verdun. The rapid rise in population triggered a housing crisis, with a vacancy rate that was less than 1% at the time when constructions were rare du to war time restrictions on materials.

Letter of an evictee in the Verdun newspaper The Guardian

In 1940, municipal authorities estimated that there was a shortage of 500 housing units in Verdun. Those who found themselves out on the street had to resort to living in overcrowded and substandard housing or renting unsuitable spaces. According to municipal data in 1944, seventy-three Verdun families had to resort to renting commercial space on Wellington Street. This shocked public opinion at the time, especially when it involved the families of soldiers.

It was time to start building, and fast. In 1944, according to municipal estimates, 90% of the city’s surface was already occupied. Crawford Park became the location of choice for real estate development. 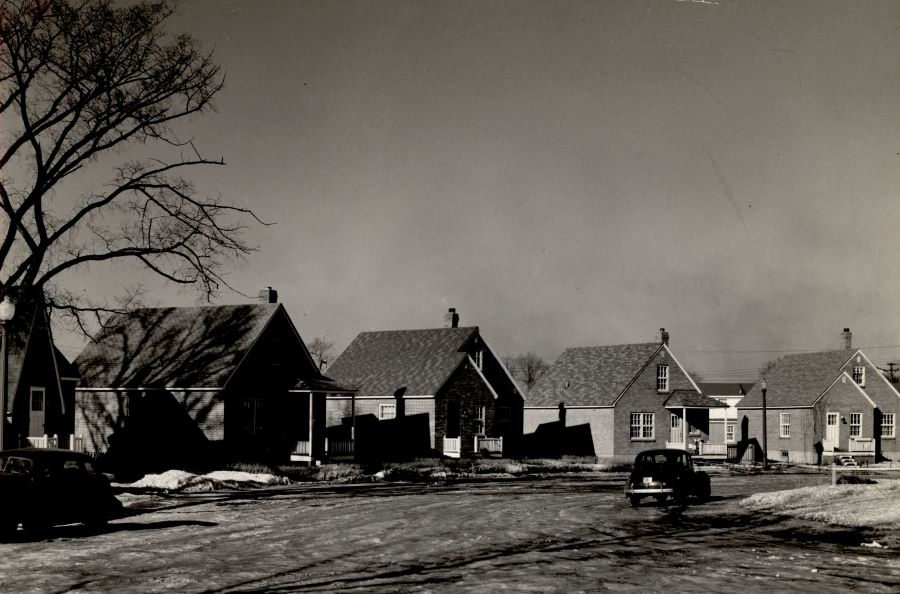 Veterans’ housing on Lloyd-George street in the Crawford Park neighbourhood 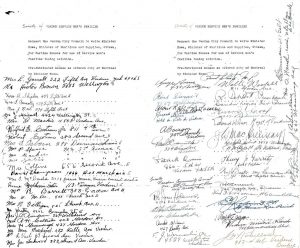 Unfortunately, this fell far short, especially for soldiers returning from the war, who were particularly affected by this crisis. Some returned to Verdun with nowhere to go.        Others, unable to find work, were threatened with eviction. Veterans started to wonder about the value of the sacrifices they had made if they could not even trust their country to provide adequate housing for their families.

The housing crisis also had a negative impact on troop morale. A survey conducted between 1944 and 1945 showed that the housing crisis was the main cause of dissatisfaction among soldiers on active service.

Veterans Come Together Remembering Our Heroes