Today the two world wars are but a memory, but, they have left traces that are still visible all across Verdun.

Firstly, the eastern-most neighbourhood of Verdun is referred to as            La Poudrière, or powder magazine, referring to the City’s                 military-industrial past. This was the site of the British Munitions Supply Company ‘s munitions factory during the First World War and that of Defence Industries Limited during the Second. 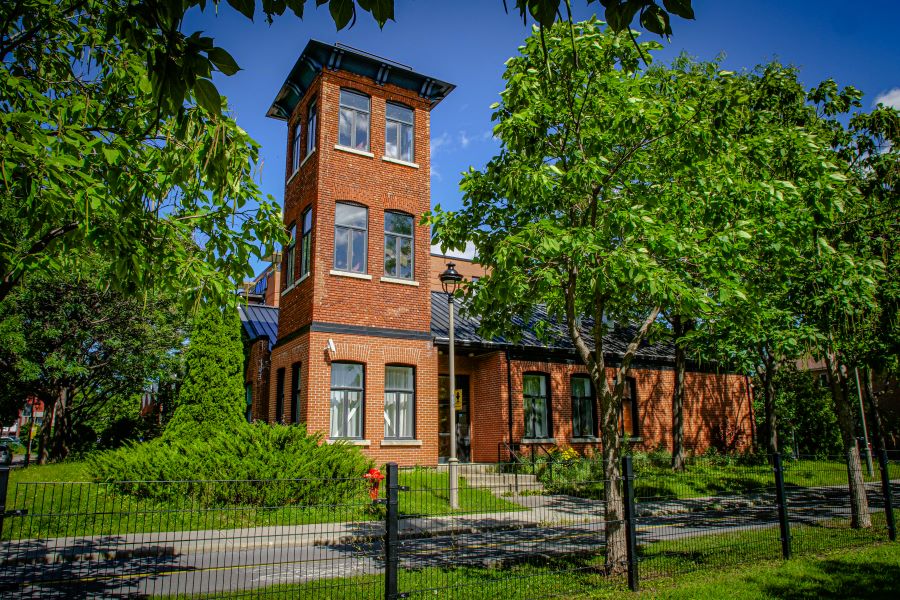 The surviving tower of the munitions factory built in 1916

Then, there is the Victory Memorial, a cenotaph paying tribute to those killed during the wars, erected right in the heart of the City.                        This monument takes pride of place in Parc du Souvenir, located between City Hall and the Great War Memorial Hall, formerly home to Branch 4 Verdun of the Royal Canadian Legion. 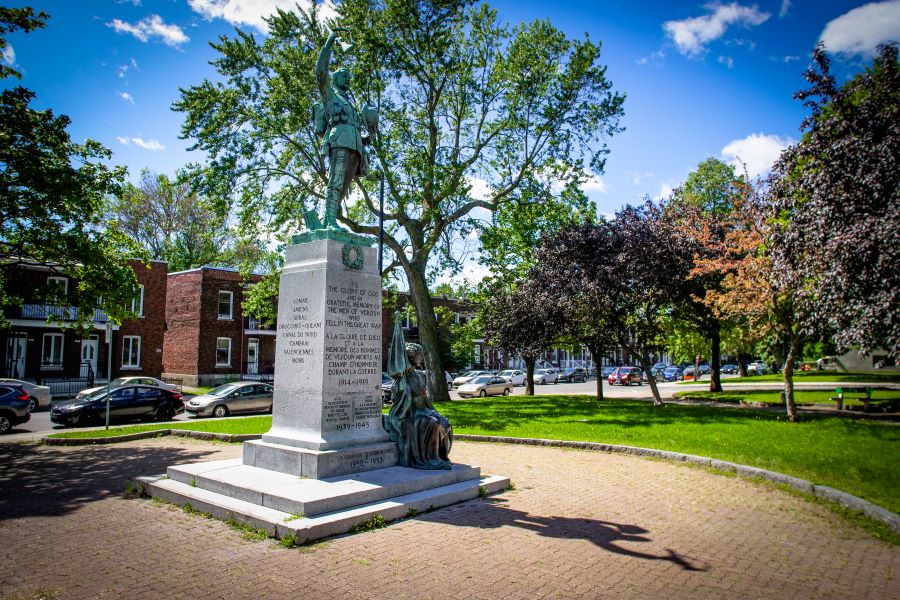 Lastly, just before leaving Verdun, in the west, is the Crawford Park neighbourhood, which was home to many veterans. Their presence remains visible despite their passing. The small houses that dot the neighbourhood are still identified as veterans’ housing. As one meanders through the neighbourhood, the wars’ presence is still visible on street names, most of which are associated with the world wars in general.

The recent construction of a new elementary school in the neighbourhood highlighted once again the residents’ military pride. Consultations were held with the community, students, parents and staff to choose a name for the school. The poppy became the chosen symbol and the school was named École primaire des Coquelicots.

An Active Legion for 100 Years Credits