The war required colossal financial resources that the government was unable to provide without the public’s help. Nine Victory Bond campaigns, organized by the Canadian government between 1941 and 1945, raised substantial citizen contributions to help fund the war. In Verdun, each campaign was an event. City Hall, businesses and major arteries were decorated for the occasion. Volunteers went door to door to collect donations and many of the City’s organizations, like the Legion,              the Salvation Army and the Lions Club, promoted these campaigns.

The government also turned to individuals, offering them the option of buying savings certificates and war stamps. City of Verdun shopkeepers took part in the war effort by making the stamps and certificates available to residents. Mayor Wilson made it possible for his employees to deduct funds directly from their pay, as he had done for bonds, and managed to convince many businesses in Verdun to do the same. 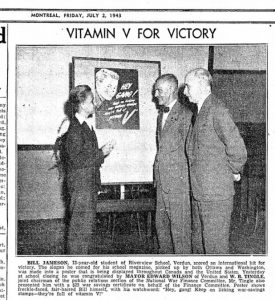 Bill Jameson, who coined the promotional slogan for the war-savings stamps 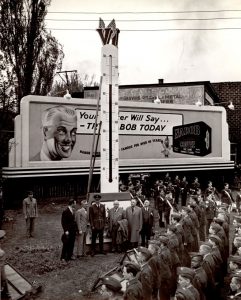 Announcing the results of a door-to-door fundraising drive

Many Verdunites, particularly women, contributed to salvage campaigns during the war. Women sorted needed materials (cloth, aluminium, rubber, paper, etc.) and then contacted City Hall to come and collect them.          City employees, the Women’s Volunteer Reserve Corps and the Civilian Protection Committee shared the organization and transportation for the salvage collections. 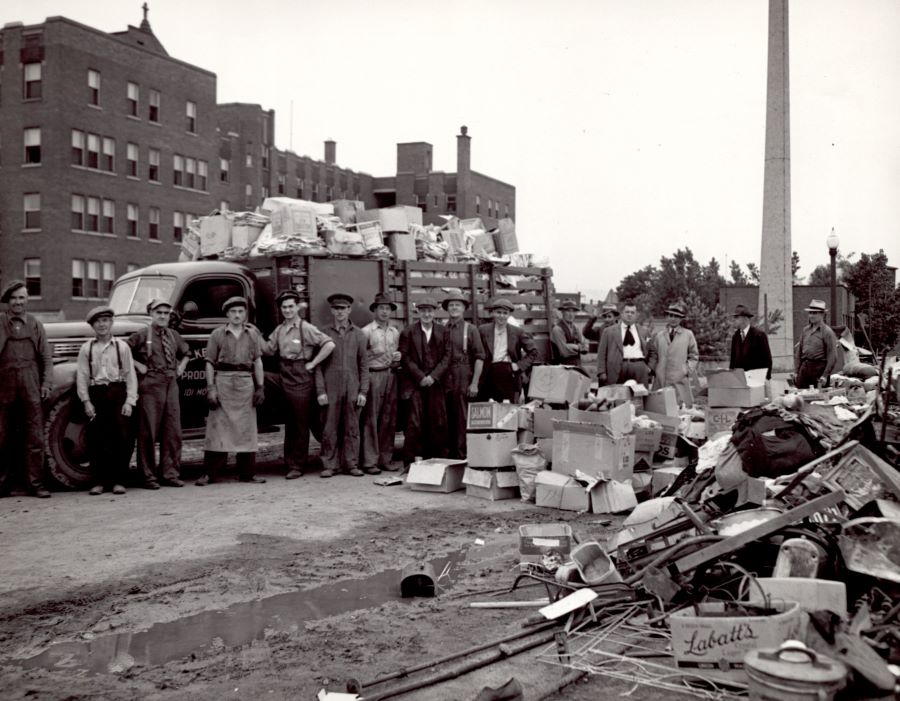 Verdun also made many municipal buildings available to the Armed Forces, like the Auditorium, which was turned into an armoury in July 1941. Amongst the units it housed were the 16th Reserve Field Company, Royal Canadian Engineers and, for a brief moment in 1942, Royal Canadian Air Force trainees.

The Mayor Goes to War Women Go to War