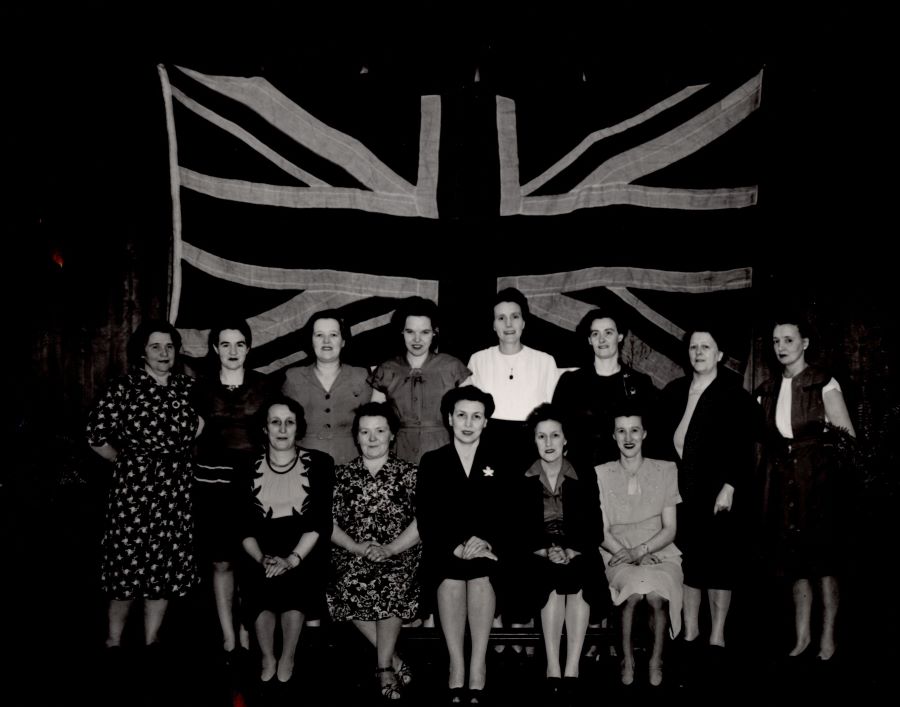 Group of women in front of the Union Jack

Between 1901 and 1941, the massive arrival of English, Scottish and Irish immigrants contributed to the demographic growth of Verdun, which saw its population jump from 2000 to 67 000 inhabitants. Low-cost housing prompted many working-class immigrants from the British Isles to settle there. In 1941, 58% of Verdunites were English-speaking and nearly 17% were  born in the British Isles. 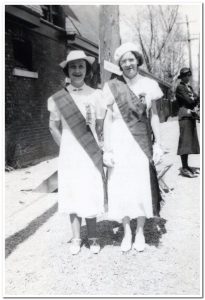 Consequently, it was not surprising that the largest concentration of British community organizations in the Montréal area was in Verdun. Branches of organizations like the Sons of England Benefit Society, the Salvation Army, the Imperial Order Daughters of the Empire and the Young Men’s Christian Association (YMCA) emerged there. During both the First World War and the Second World War, most of these organizations played an active role in the war effort.

For example, in 1939, the YMCA gave the army access to all of its fitness facilities. Its pool was particularly popular among soldiers!

Many British immigrants got involved in Verdun’s political and social life, including Mayor Edward Wilson and City Clerk Arthur Burgess. These public figures played a role in strengthening Verdun’s patriotism. When war broke out, these British patriots supported Great Britain, Canada, and more specifically Verdun in their war effort. 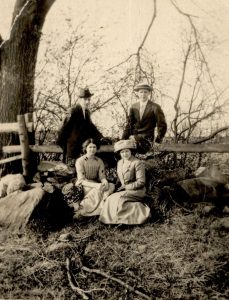