When the Second World War broke out on September 1, 1939, the community of Verdun was ready to back Britain and support Canada’s war effort. Verdunites likely enlisted primarily out of a sense of duty. In some cases, their parents’ deep commitment during the First World War inspired them to follow suit. Although there was a sense of patriotism and adventure, it was not necessarily the driving force. The military commitment of Verdunites was a family tradition that had to be honoured. Young people had to wait until the age of majority, like Douglas Whyte, who was eager to perform “his duty.” 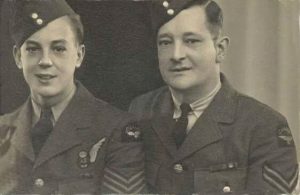 Douglas Whyte and his father

Listen to the audio excerpt in English, with the transcription, of Douglas Whyte enlisted in 1943 and became sergent.

During the war, as the number of causalities mounted, the armed forces were looking for new recruits. The lack of personnel was so severe that veterans from the First World War, 18-year-olds and men between the ages of 45 to 50 were called on to join the Reserve Army for service in Canada only, making it possible to send more servicemen overseas. 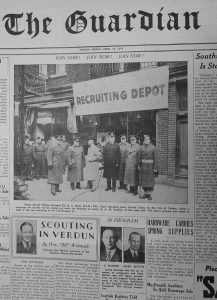 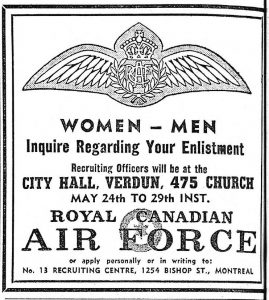 In 1944, as estimated 4238 Verdunites were in the Army, 1072 in the Navy and 988 in the Air Force. Verdunites showed exceptional commitment. It was not uncommon for several members of the same family to serve in the Armed Forces. In fact, community, sports and cultural organizations had a hard time finding enough participants to continue with their activities. Schools also experienced shortages as staff and older students left on active service. In total, about 7000 Verdun men and women served, which had an impact on the daily life of the entire community. 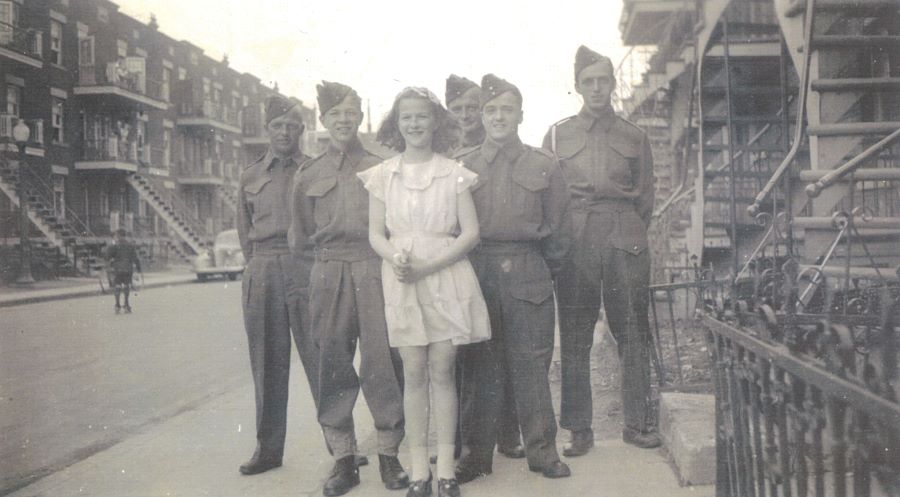 Portrait of members of the Snow family on 2nd Avenue

Women in the Factories The Mayor Goes to War