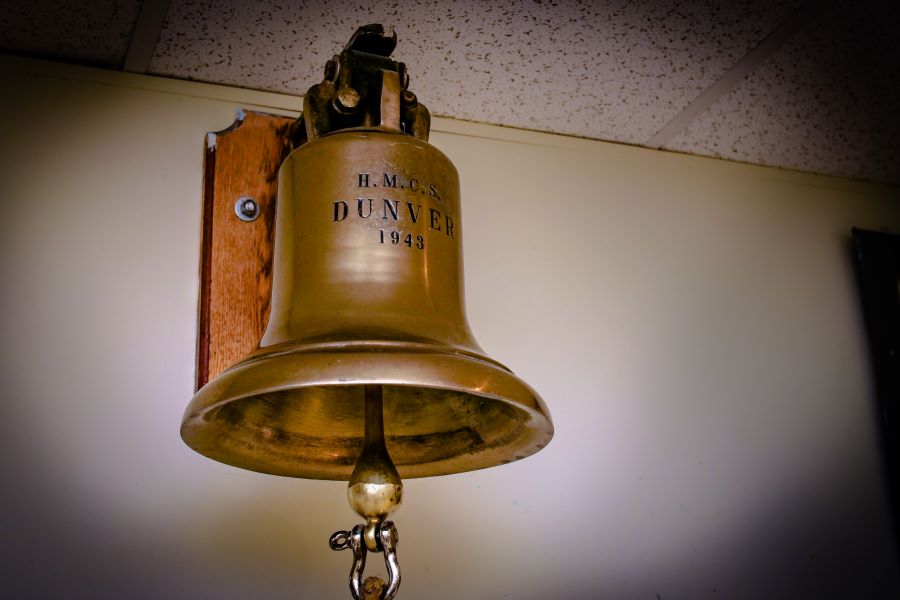 The Dunver bell is now exhibited at Branch 4 Verdun of the Royal Canadian Legion. The bell was given to Verdun as a gesture of gratitude for supporting the crew during the Second World War.

In December 1946, Verdun received the bell from the decommissioned frigate. The bell was presented by Lieutenant Commander Hammond on behalf of the Honourable D.C. Abbott, Minister of the Naval Service. Mayor Wilson then declared, ”We [The Verdunites] shall cherish this bell as one of our most valued possessions and it will occupy a place of honor in our municipal buildings ”. The bell was lent to the Legion in 1968 and was eventually given to it.