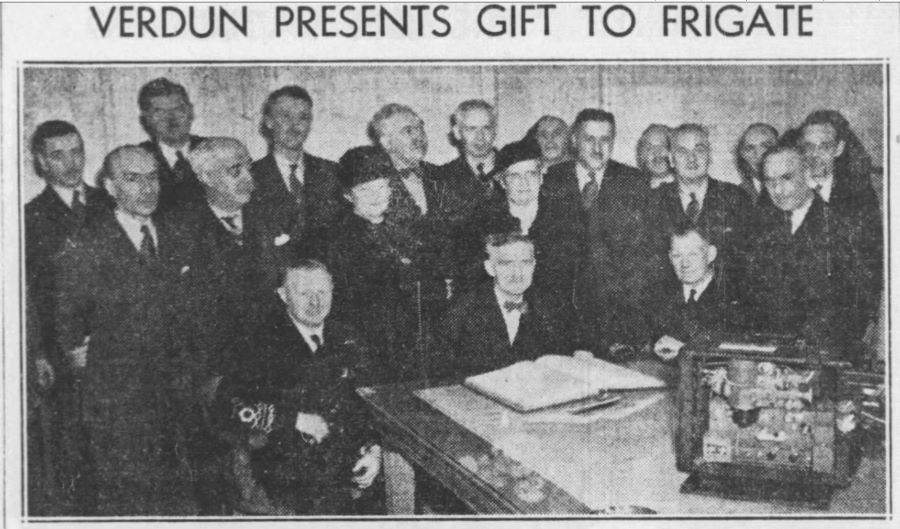 When sponsoring a frigate, cities often purchase goods that are not provided by the navy. The City of Verdun used donations from its citizens to purchase a projector for Dunver‘s crew. Most of the donations were from various community groups and shopkeepers that had been approached by Mayor Edward Wilson. Other purchases and donations for Dunver included two washing machines, a piano, coffeemakers, irons, ashtrays, cigarettes, sporting goods and warm clothes.