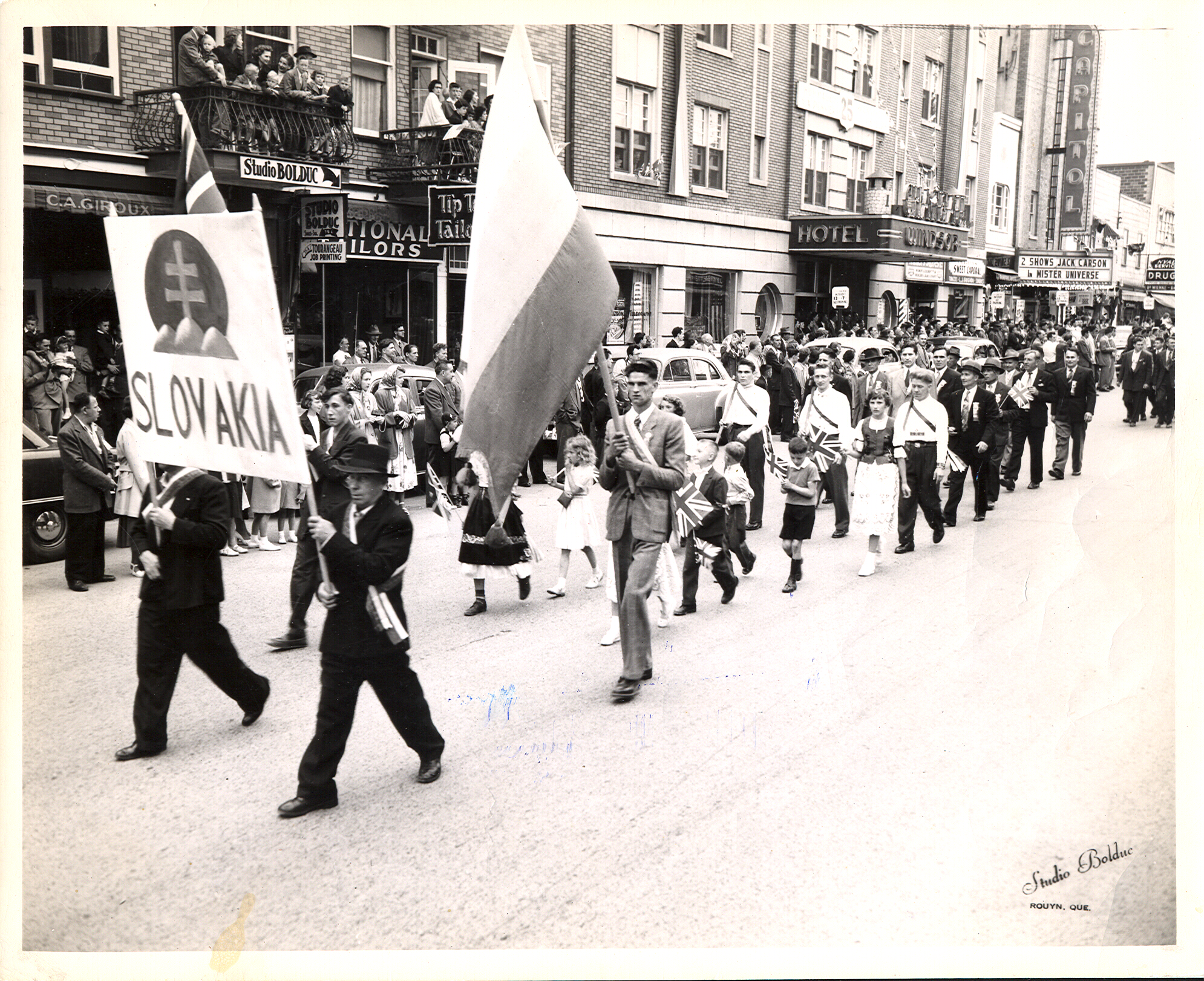 This photo was taken on Principale Street during the celebrations of Rouyn’s 25th anniversary which shows that a small Slovak community lived in the sister cities. Since they were combined with Czechs in Canadian censuses, we cannot pinpoint exactly how many there were in Rouyn and Noranda.

We were able to identify a few individuals in the photo. From front to back: John Lusko, Andre Muravsky, Madeleine Muravsky, Richard Dumaj, Russel Muravky, Annie Muravky, and George Dumaj.