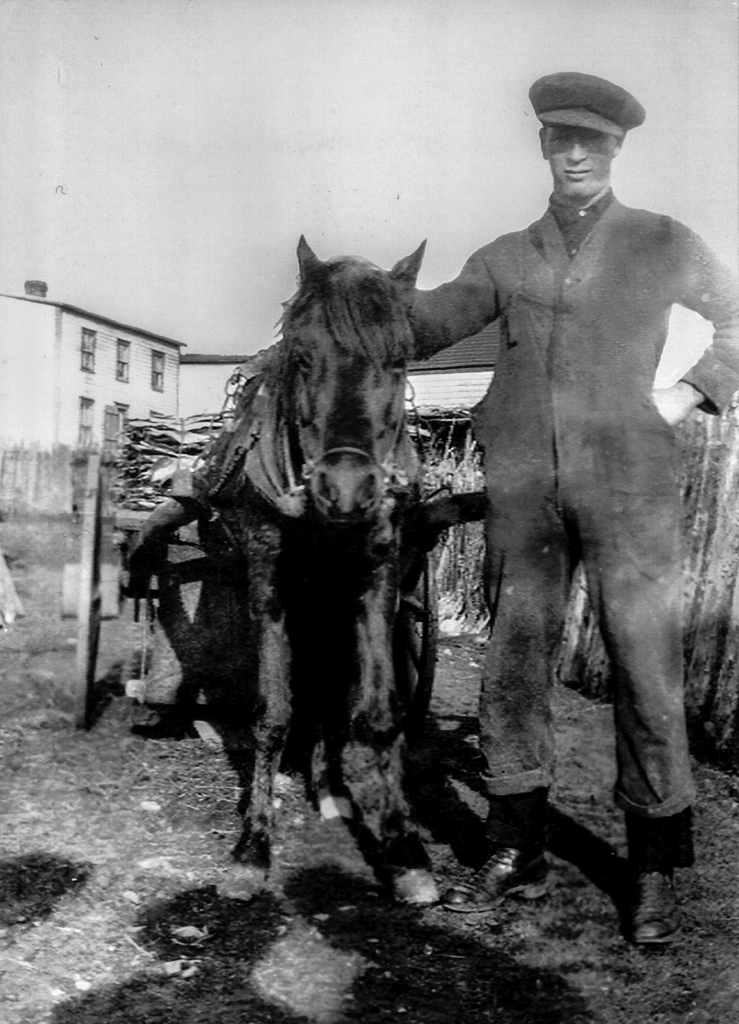 Tom Kane with horse and cart.

TOM KANE, RESCUER
After Mass in Renews, Tom Kane and some friends head to the wreck site, where they help gather the bodies. The next day, Tom is among those who go by boat to the Florizel itself. While scouting aboard for salvageable goods, they find the frozen body of Margaret Keough.

A poor neighbour has asked Tom to look for any clothes that he and his family might use. The man finds $45 in the clothing Tom brings him. Uncomfortable with keeping it, he gives the money to the priest (and eventually starves to death).

Audio clip with transcript: Salvaging Clothes for the Poor

Many years later, during a sealing voyage on the Ranger, Tom Kane himself is almost shipwrecked. With him is Phil Jackman, who served as third officer on the Florizel’s last voyage. 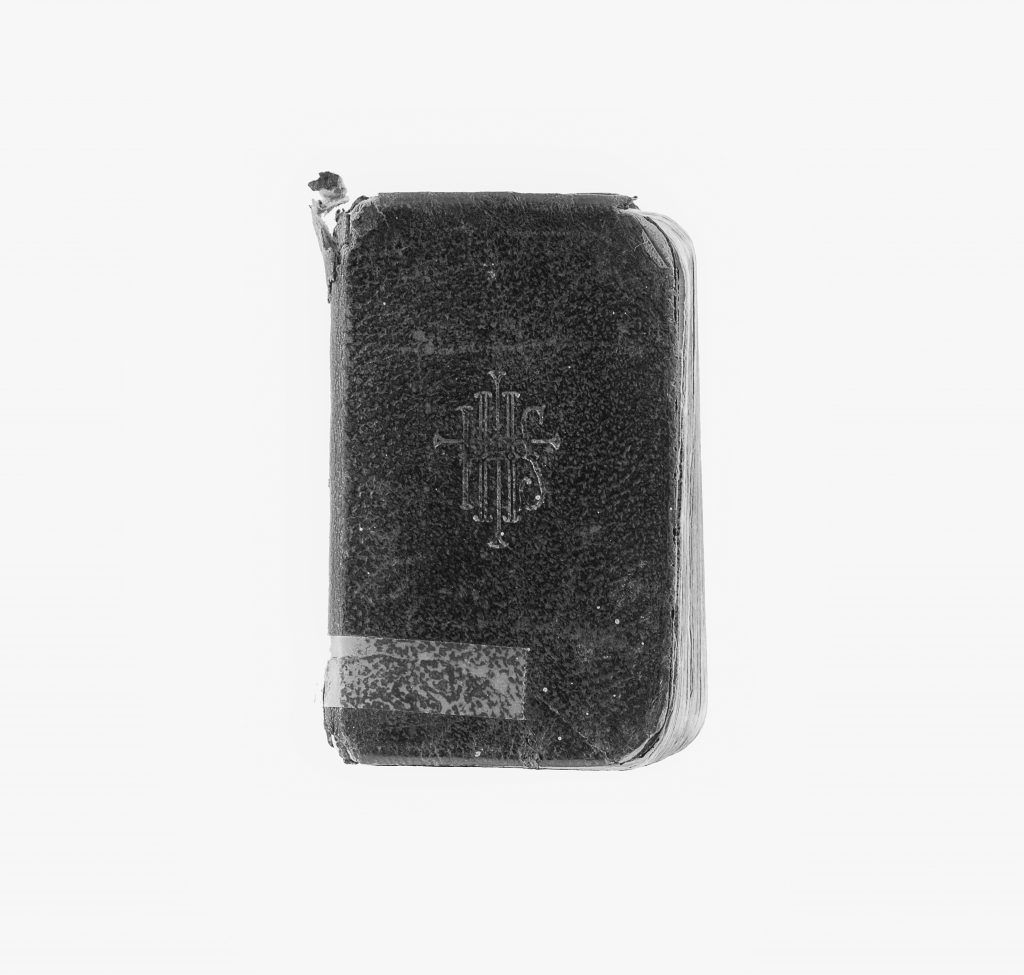 PRAYER BOOK
This is rescuer Tom Kane’s prayer book. Tom learned that the Florizel was on the rocks south of Cappahayden after morning Mass in Renews.

“There was a woman, and she was kneelin’ up in the bunk, and she had the rosary beads in her hand… There wasn’t a mark on her. She just died with the fright, that was all… or froze to death first… Keough was her name, I believe. ‘Twas some sad sight.”

“I don’t think I fully realized what lay in store for me because I had never come face to face with so much death before.”

PADDY McCARTHY, RESCUER
Young Paddy McCarthy, 14, also heads south after Mass, wanting to assist those in distress. But all he can do is help lift bodies onto the cart for transport to the railway station. Paddy is tormented by the cruel tricks of chance—knowing that if the Florizel’s course had been only a few feet left or right, the ship would have made it past the reef . . .  and no one would have died.

Help by Land What Next?