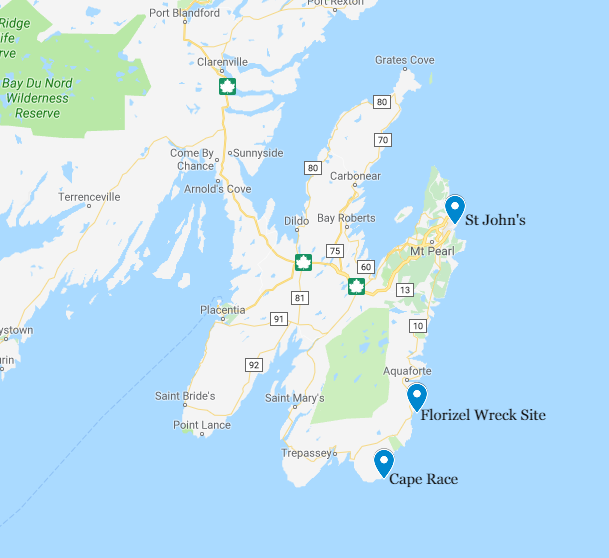 All is not smooth sailing…
The storm-blown seas toss the ship roughly as it steams south along the coast. Adding to the misery, the portholes are leaking. The crew is kept busy all night, mopping up water. In their bunks, passengers cannot sleep since the ship keeps bucking and twisting with the waves.

Then things go from bad to much, much worse.

Just before 5:00 a.m., the ship stops with a violent crash and sticks hard aground. The waves pound and explode against the sides and water pours over the Florizel.

The crew rushes to assess their location, the damage and danger, and the options. What has happened? Instead of rounding Cape Race, the Florizel has turned too early and struck a rocky reef off Horn Head, several miles to the north.

Cecil Carter runs to the Marconi Room. His assistant is on duty, but he’s not authorized to transmit messages—and Cecil knows he must send out a distress call, fast. He taps furiously on the telegraph keys: “dit-dit-dit, dah-dah-dah, dit-dit-dit.” 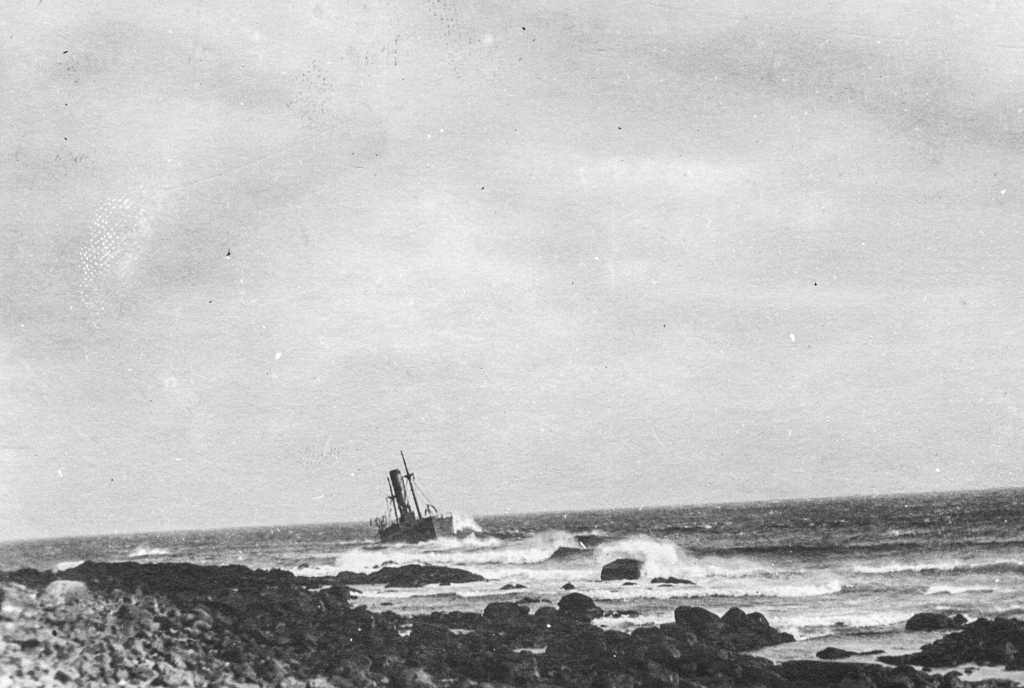 The S.S. Florizel run aground near rocky beach

Elsewhere on the ship, all is chaos. Passengers and crew, thrown down by the impact, rush to grab clothes and belongings, and to ﬁnd safety and news.

Outside it is dark, cold and still storming—much too soon to launch a lifeboat. Everyone realizes they must simply keep safe and hope for rescue.