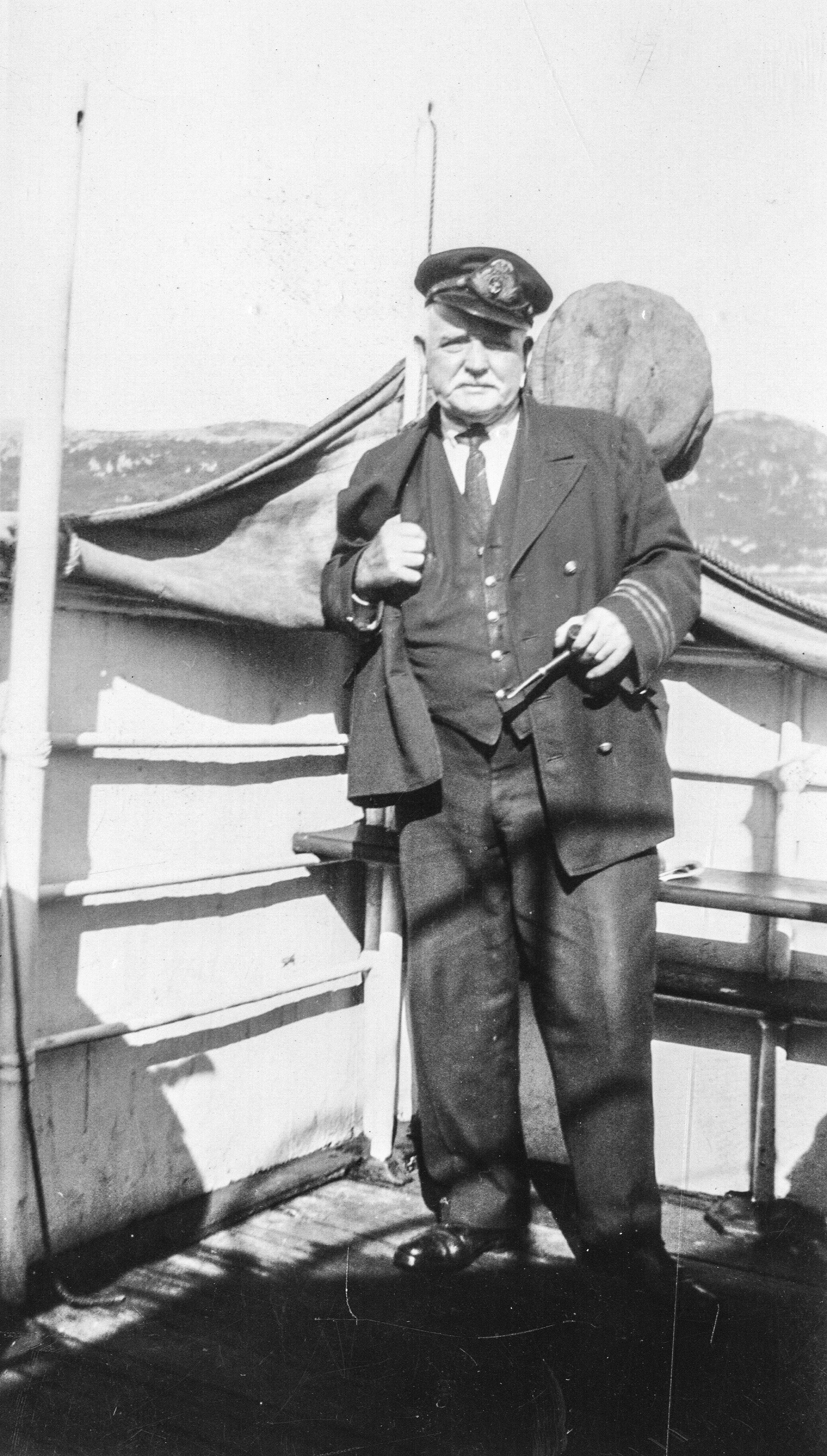 MEDAL FOR BRAVERY
The British Navy awarded this medal to James McKinlay, Chief Engineer on the SS Prospero during its efforts to rescue survivors of the Florizel disaster. 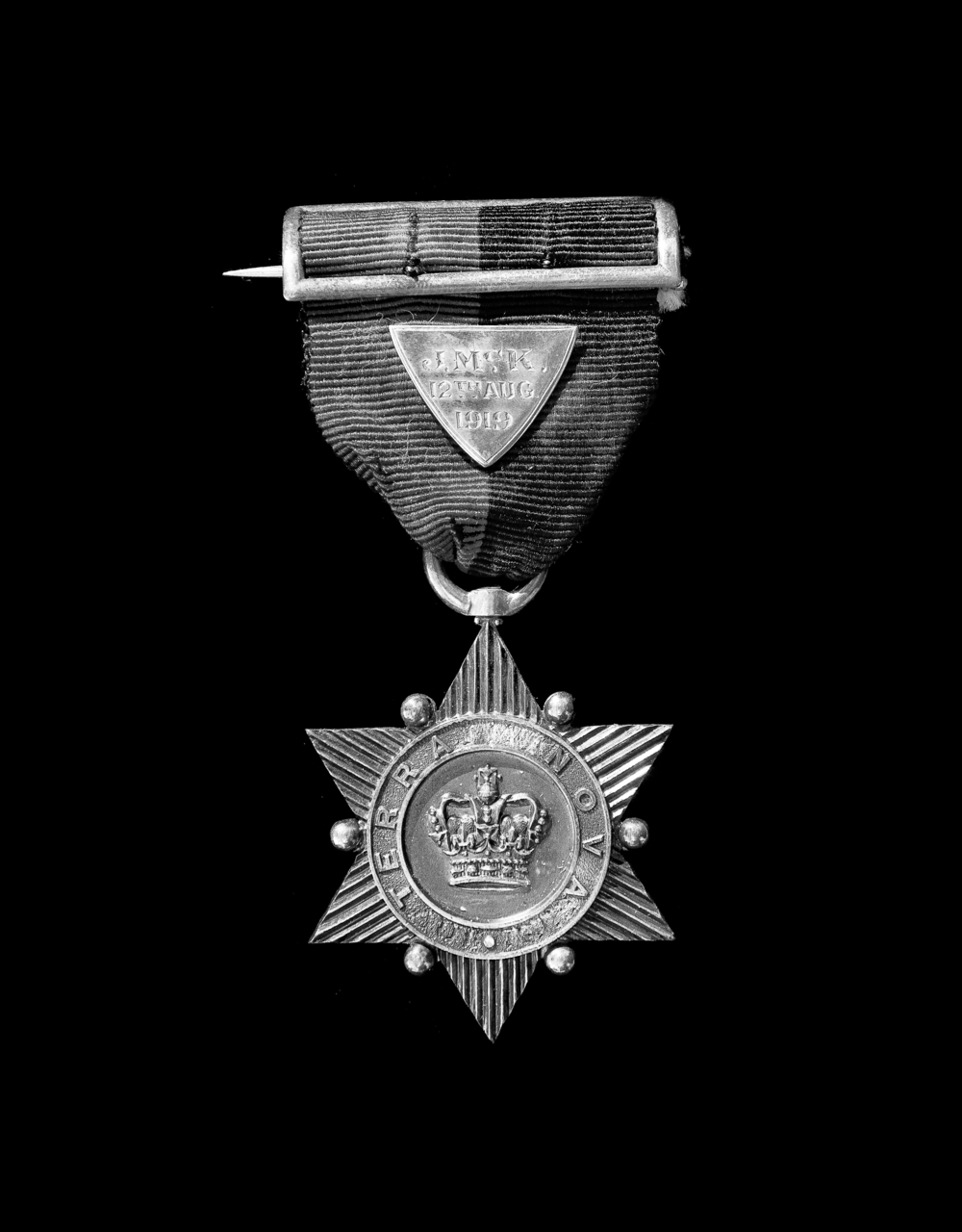 Some of the brave men on board the rescue ships include: 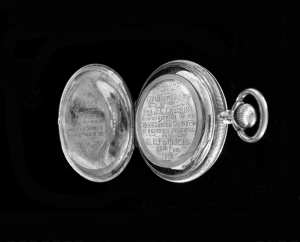 GOLD WATCH
Captain Martin Dalton, commander of the SS Hawk, helped many survivors leave the Florizel. But on one trip, the dory he was in capsized and landed on him-it sent him to hospital once St. John’s was reached. This watch was presented to him for his rescue deeds. 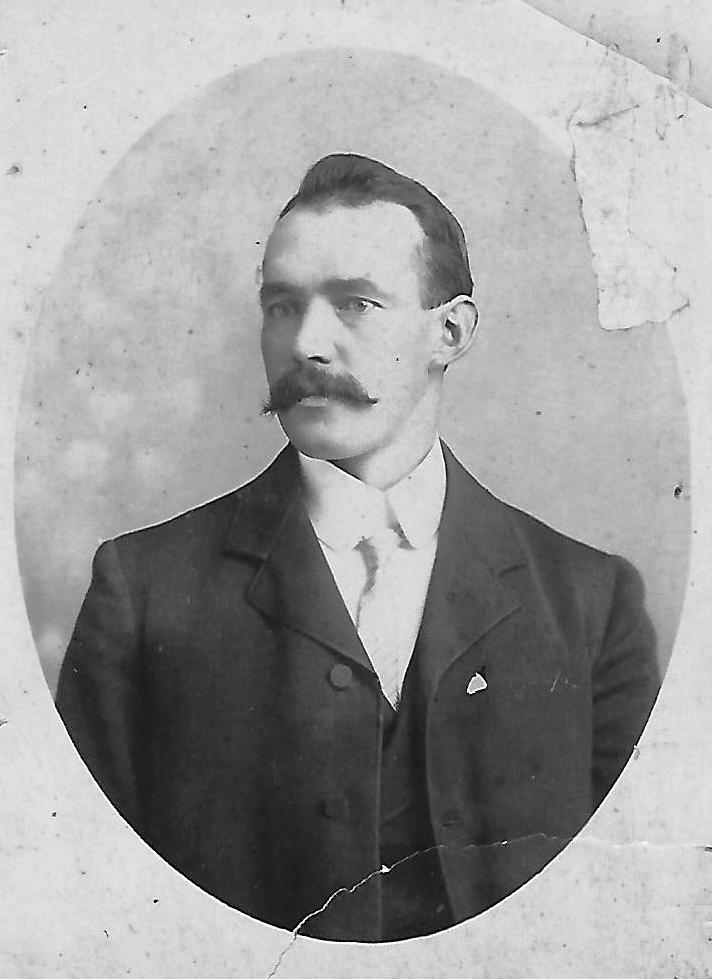 Captain Nicholas Kennedy describes his rescue attempts in the New York Sunday World edition on March 24, 1918 by saying “We were capsized five times but the dory was unsinkable and we righted her each time and kept on for the stranded steamer.”

He suffers from mobility issues and “creeping paralysis” for many years after the wreck. He is forced to retire early from his career at sea and spends the last twenty years of his life paralysed and bed-ridden. He dies in 1942 at the age of 65.

What Next? Consequences and Memorials