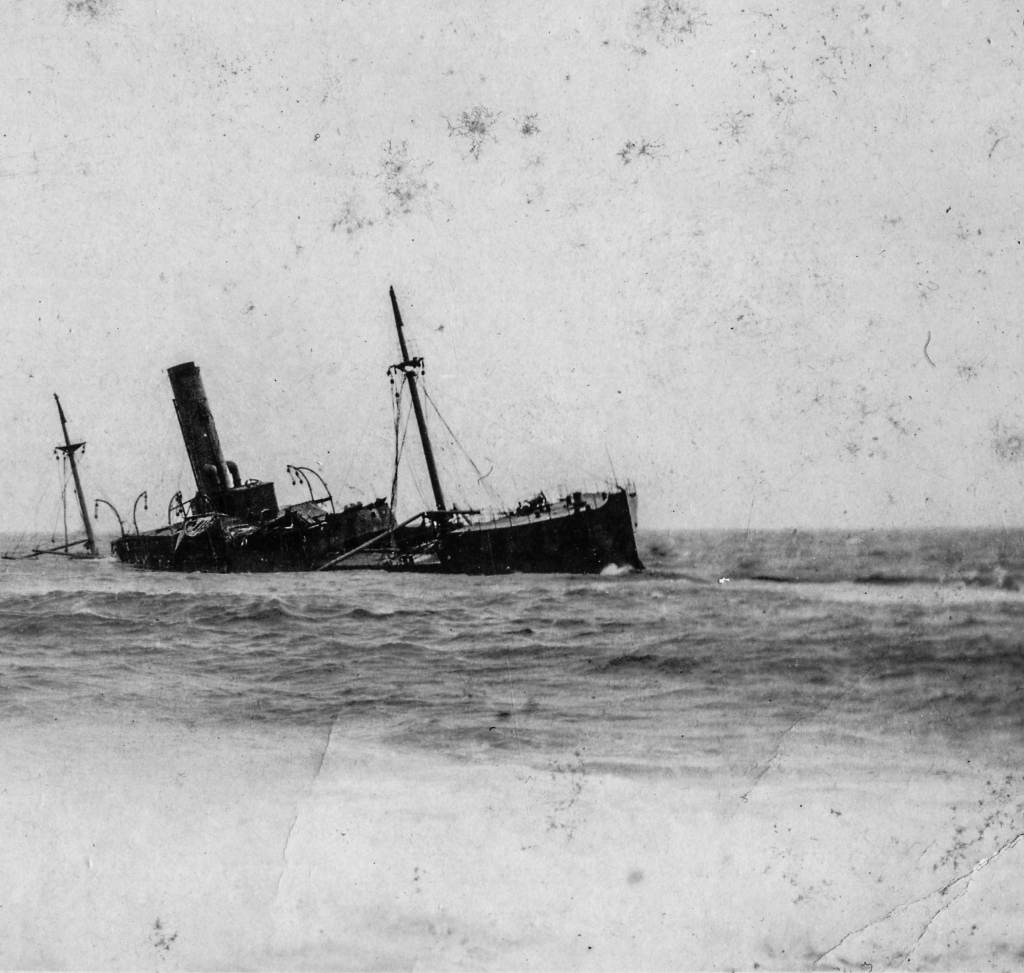 The S.S. Florizel ran aground.

A Tragedy Unfolds
Early on February 24, the British Admiralty’s top-secret wireless station in Mount Pearl hears the Florizel’s SOS. Commanding Officer Anthony MacDermott is on duty. He quickly contacts the Honorable John C. Crosbie, Minister of Shipping, about the emergency.

Soon there is action in St. John’s harbour. The Hawk, Gordon C., Home, Terra Nova, and Prospero all prepare to steam for Cappahayden to rescue the people aboard the Florizel—each leaving as soon as the wild winds and seas will let them. 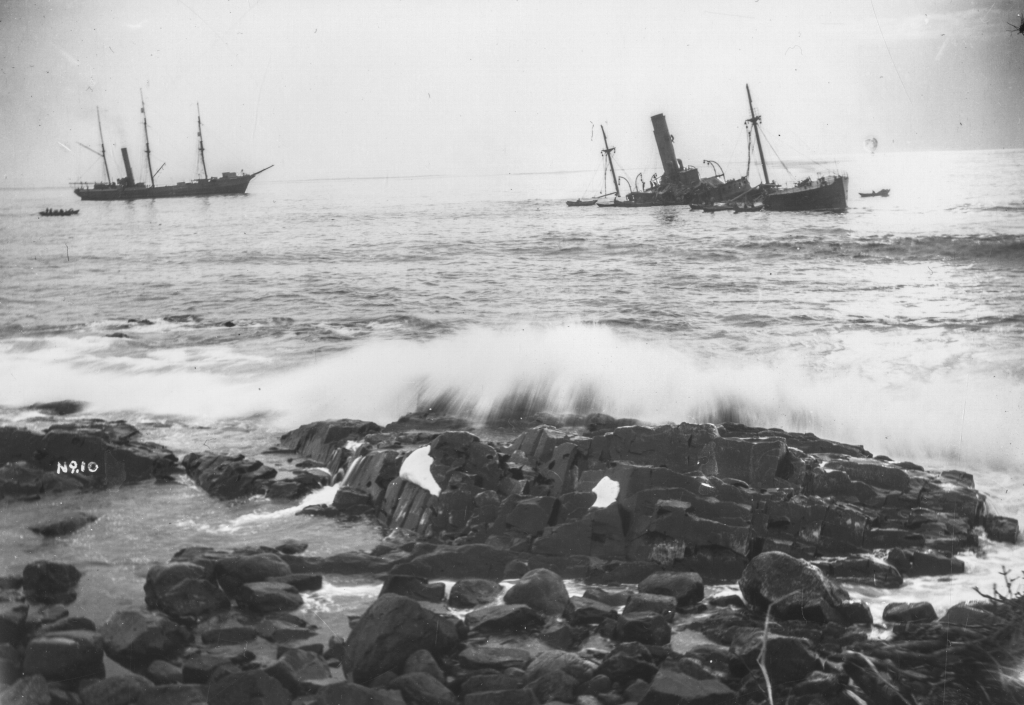 S.S. Florizel on the right, rescue ship on left.

The SS Gordon C. arrives first, around 5:30 in the afternoon. Throughout the night, all the ships’ crews attempt to remove people from the stricken Florizel, which the sea is pounding to pieces on the reef. But while the storm rages, nothing works. Finally, near 6:00 the next morning, the first survivor is safely taken off the doomed ship.

It takes two more hours to get everyone remaining alive on the Florizel to another ship. By 1:00 p.m., they are all back in St. John’s—battered emotionally and physically. Many others are not as lucky.