Finding land was one of the biggest challenges for the newly formed homebuilding co-operative. The committee spent months scouring Hamilton for property that would be large enough and that could easily be serviced with utilities and roads. Many members of the project began to lose hope, as any available parcels of land within the city limits were simply too expensive. 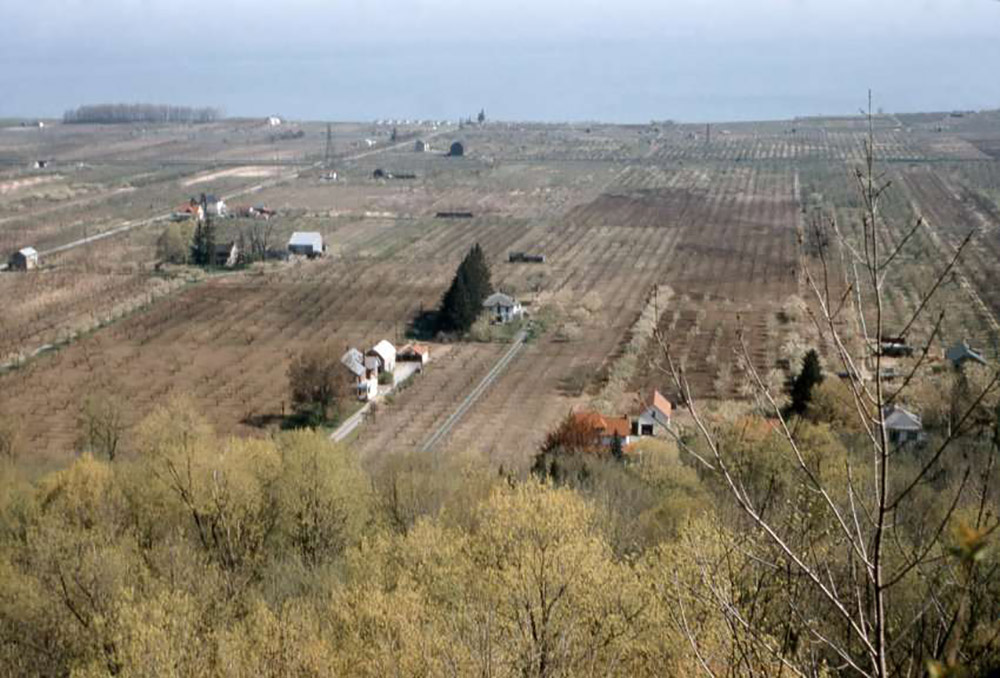 This view of West Grimsby taken from the Niagara Escarpment in 1956 shows the agricultural area then known for its peach farms stretching to the shores of Lake Ontario.

They began to consider parcels of land in the smaller communities surrounding Hamilton. Two of these were in Grimsby and a third in Winona. More members dropped out at this point, as the idea of commuting to Hamilton each day from Niagara seemed unbearable. 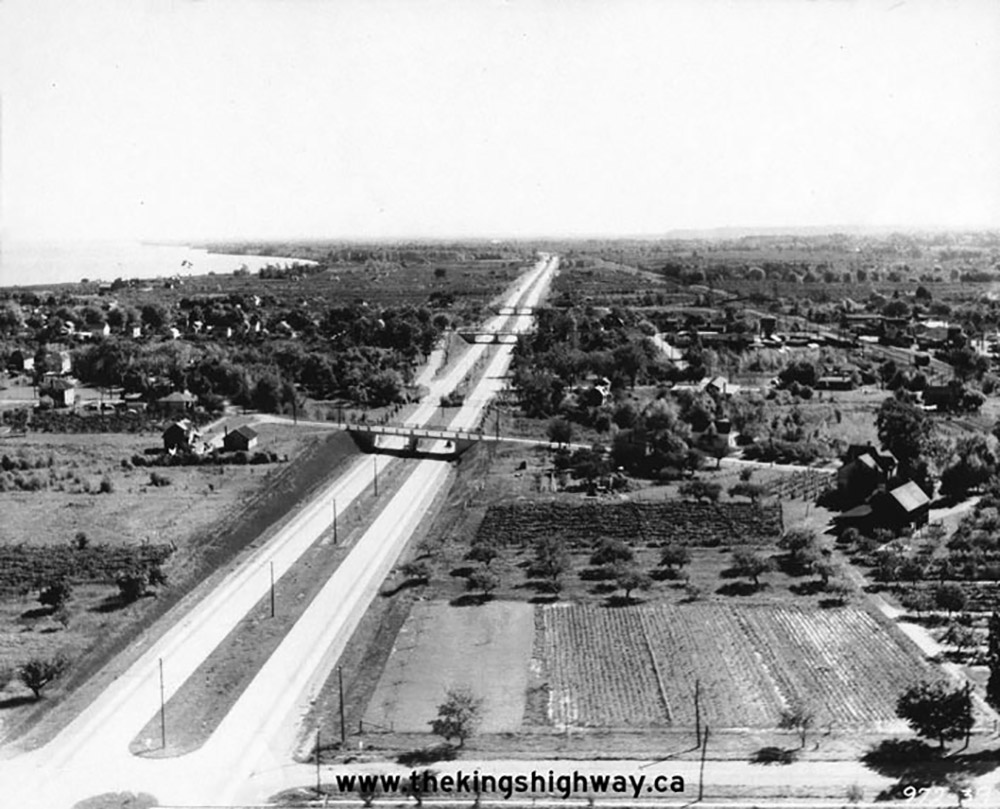 An aerial view along the Queen Elizabeth Way toward Patton Street (now Christie Street) in Grimsby, 1947

One piece of land in Grimsby became a hot topic at meetings. It was a 14-acre parcel bordering the shores of Lake Ontario, and it could be serviced with water, sewers, and roads. As the remaining members debated between this and the two other viable choices, the stakes rose: the price of the Lake Ontario parcel increased from $11,000 to $14,000. 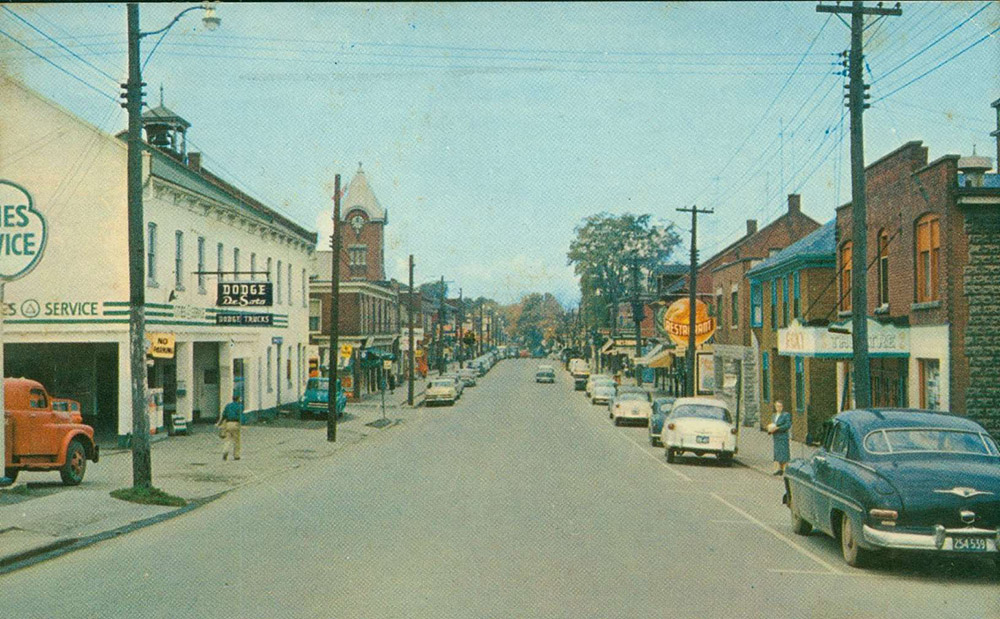 In the 1950s, Grimsby was a small agricultural town in the Niagara Fruit Belt, nestled between the Niagara Escarpment and the shores of Lake Ontario. The population in 1954 was about 3000.

With mixed feelings of hope and fear, two members of the executive committee purchased the land in Grimsby in trust for the group. Many members dropped out at this point, feeling they were unable to manage the distance to their jobs in Hamilton. Eighty-one families in three co-operatives finalized the agreement on February 27, 1954. Once the land was theirs, the members were so anxious to start building, they began clearing the land manually.

To many builders, the thought of coming to Grimsby felt like an adventure. For Barb Colleary, it was a dream come true: “Oh, to live out there by the lake! I couldn’t believe it.” 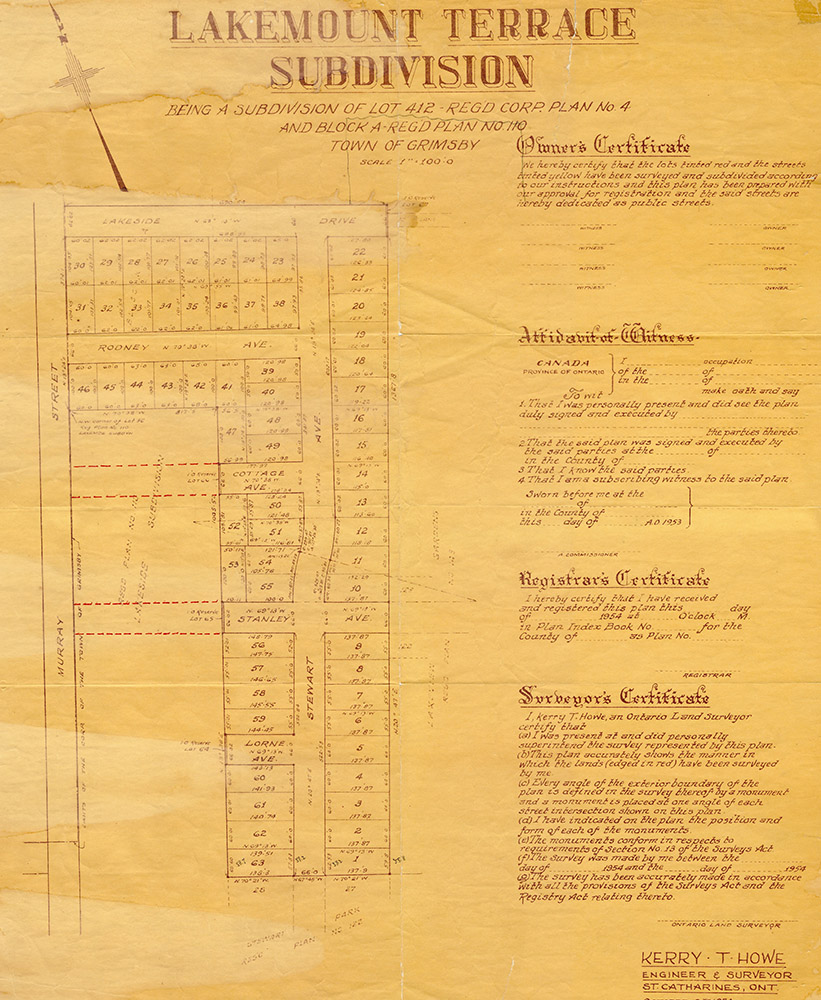 The plan of the Lakemount Terrace Subdivision was finally approved in 1954, after permits were granted by the Town. The Central Mortgage and Housing Corporation (CMHC) also required regular inspections.

They Studied They Built