Co-operative homebuilding would not have happened without the insightful work of Father Jimmy Tompkins and his cousin Father Moses Coady in 1920s Nova Scotia. 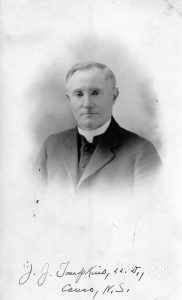 This portrait of Father Jimmy Tompkins was taken in Canso, Nova Scotia circa 1923, where he lived for 12 years. 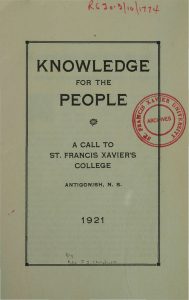 “Knowledge for the People” by Father Jimmy Tompkins was published in 1921.

They saw first-hand the hardships of the people in their province. Fishermen were paid too little for their catch. Working-class families were unable to obtain credit to build a home. 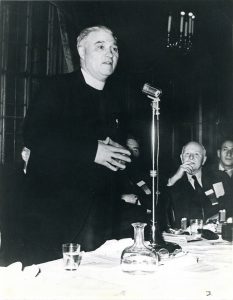 Dr. M.M. Coady a teacher in the Extension Department at St. Francis Xavier University, Nova Scotia, was a prominent speaker. 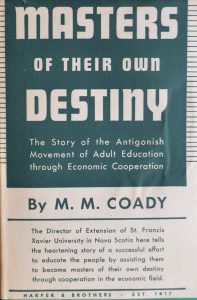 “Masters of Their Own Destiny” written by Father Coady and published in 1939 was translated into seven languages.

Tompkins believed deeply in education for everyone. He also thought it should be brought directly to where people lived and worked.  His inspiration was the “social encyclicals” of his Catholic Church – letters from the Pope that directed the clergy to work toward the common good: Respect the dignity of all persons, and fight for the rights of working people. 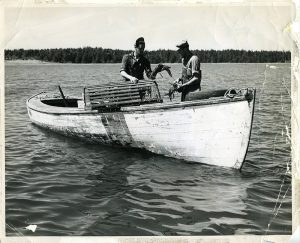 The fisheries off the shores of Canso were rich, providing a very good livelihood for some. Fishermen and the women working in the processing plants did not do so well, however.

In the fishing village of Canso, Father Tompkins encouraged the fishermen to work together and to sell their fish co-operatively. He could see that, once informed and engaged, people could better take charge of their economic situations.

In 1935, Father Tompkins arrived in the small mining town of Reserve Mines, Nova Scotia. The mining company dominated everything, including house construction, but building quality was poor. 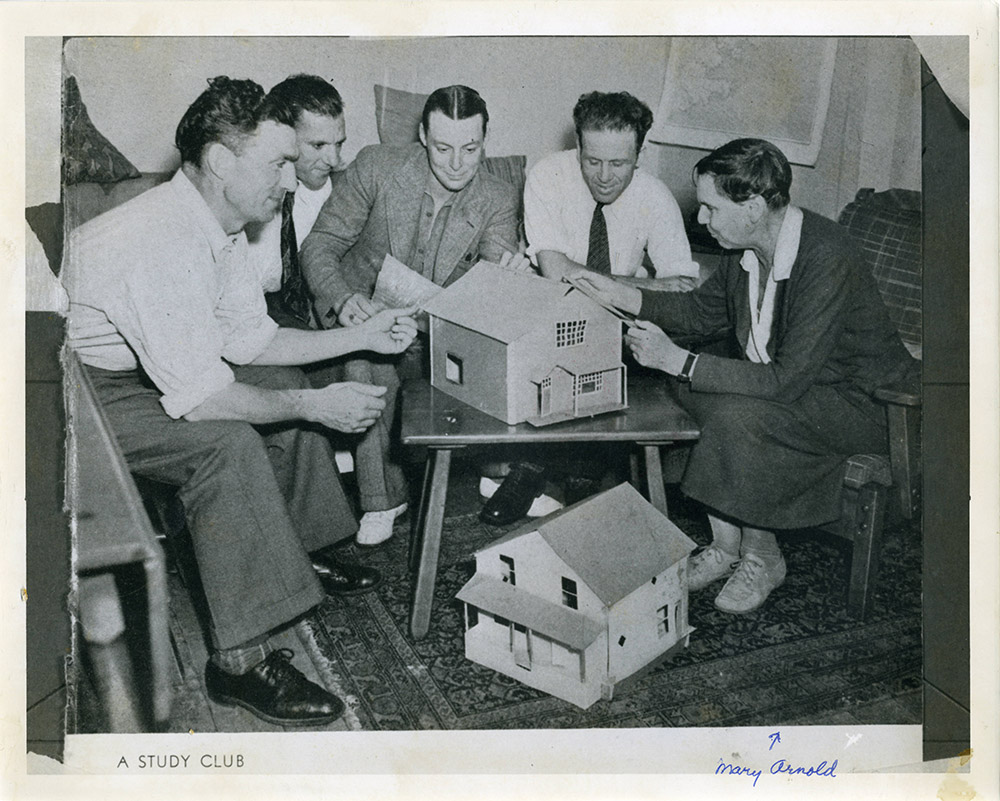 Tompkins responded by providing a library and setting up study groups for the miners. He encouraged them to work together to improve their situation. By 1938, they had studied for (and built!) what would be the first homebuilding co-operative in North America. They named it Tompkinsville for the man who had inspired them. 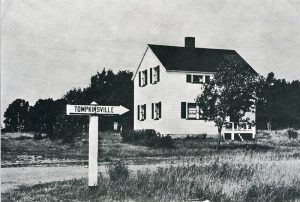 Meanwhile, the credit union movement was progressing, along with related government legislation. Both developments encouraged a variety of cooperative endeavours. By 1940, over 100 credit unions, co-op stores, lobster factories, fish plants, and other cooperative businesses had been established in Nova Scotia. 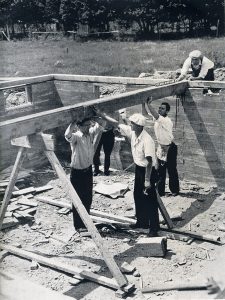 The builders in Reserve Mines, Nova Scotia work co-operatively to build homes for each other in 1938.

Father Coady was an inspiring speaker. He was passionate in his desire that all people become “masters of their own destiny.” Gradually, the Antigonish Movement that he and Father Jimmy Tompkins had founded began to spread. It was the basis for the study groups set up by the Hamilton Cooperators in 1953.