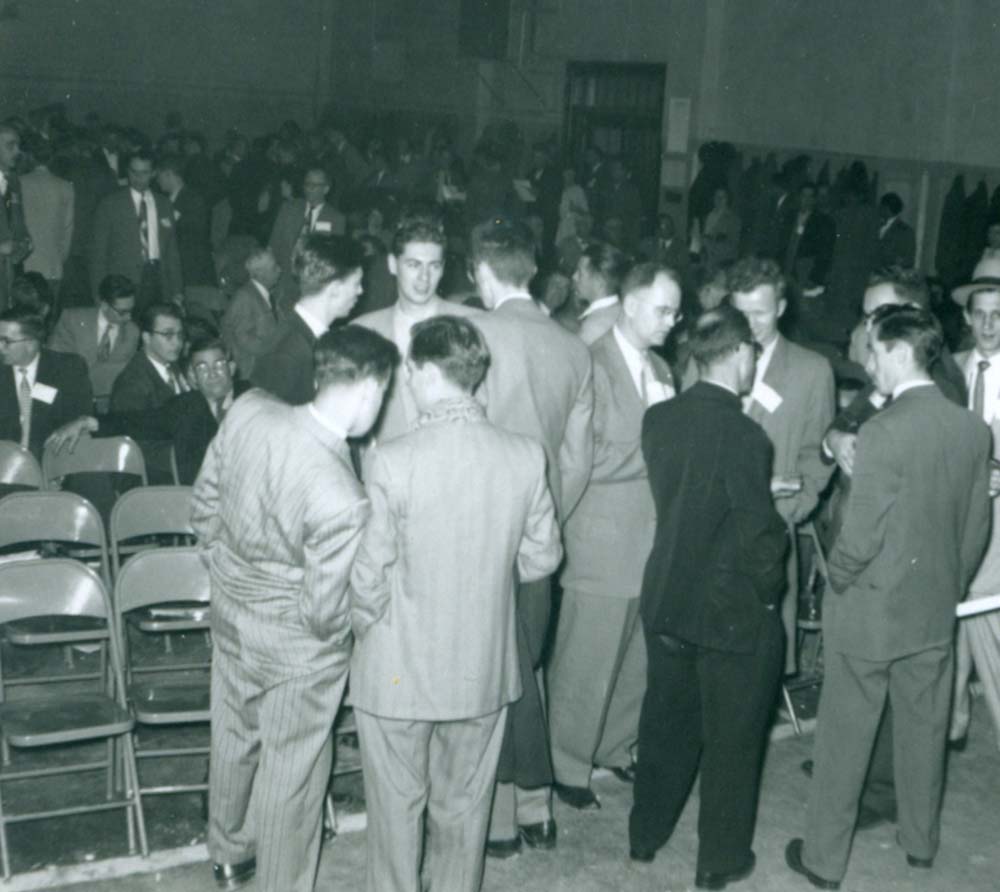 By the 1950s, the housing shortage in Hamilton, Ontario, was critical. The promise of work had drawn people to the city from around the country, and new immigrants looking for a better life after World War II had also flooded in. On October 16, 1951, the Hamilton Spectator published the headline “Critical Housing Need Moves Mayor to Tears.” Mayor Lloyd Jackson was asking for support of his housing plan at a meeting of the Council of Churches. 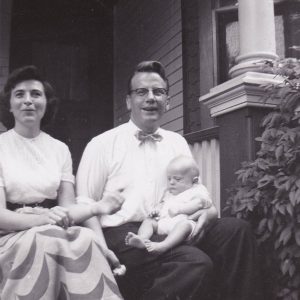 Adele and Bob Walsh with son Paul at their apartment in Hamilton, 1955.

This housing shortage created poor living conditions within the inner city. Although many people had jobs and could afford a monthly mortgage, the interest on the down payment was a huge barrier to home ownership. Interest rates at the time were up to 40%.

In the parishes of St. Eugene and Holy Name, Fathers John Sherlock and William O’Brien realized the pressing need for housing. Their duties at the time included visiting families and providing marriage preparation courses. On these visits they would be invited into small apartments or, for those not yet married, crowded rooming houses. Neither accommodation was practical for growing families. 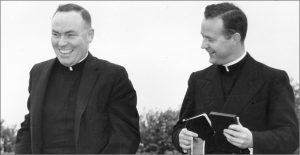 Father William O’Brien and Father John Sherlock, on learning about co-operative homebuilding in 1952, were inspired by Father Marrocco to give it a try in Hamilton.

Having studied under Father Francis Marrocco, the two priests came to know of his work with adult night school students at the Institute of Social Action (ISA) in Ottawa. A group of those students had formed a co-operative and had begun building homes across the river in Hull, Quebec (now Gatineau). Father Marrocco’s message was: “Give this co-op housing a try.”

On their return, Fathers Sherlock and O’Brien placed an ad in the local paper, inviting anyone interested in co-operative homebuilding to meet.

In 1953, “Hamilton Co-op Housing” announcements were placed in a number of publications in the Hamilton area.

The co-operative method is not any easy solution to the current housing shortage. More and more 125 families, presently studying co-operative principles, are realizing this point.

Five hundred people showed up! The gathering was held at Cathedral High School on June 7, 1953.  Though led by Catholic priests, the project was open to everyone. Many of the attendees were industrial labourers from Hamilton’s northeast end. There would be a number of meetings, and attendance would drop as people learned of the study period required. 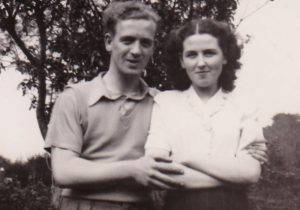 Charlie and Patricia Gallagher remember the need for housing in 1952.

Click to hear the audio and read the transcript of Charlie and Patricia Gallagher remembering the need for housing.

Living Conditions in Hamilton (subtitles available in FR and EN).  Watch the video with the transcription (EN).