What is a “homebuilding co-operative,” exactly? It is a collaborative project to build homes for a group or organization. Participants share in the decision-making. Together, they also purchase the land, decide on the house plans, manage the budget, and draw up the building schedule. This comprehensive approach reduces the cost of building (and property) significantly. Co-operative homebuilding thrives when relationships are strong and knowledge is shared. 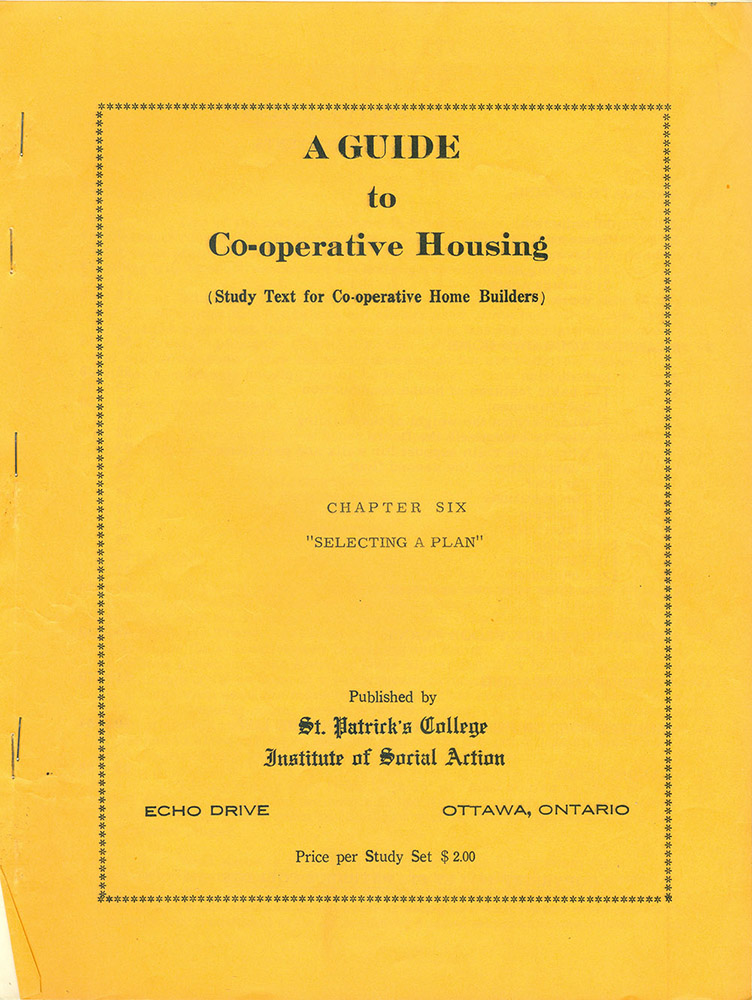 Study groups would begin in earnest when the guide was delivered from the co-op group in Ottawa in 1953. Chapter 6, Selecting a Plan was one of 8 chapters they would study together to prepare for the build.

Since the Central Mortgage and Housing Corporation restricted co-ops in size, the 200 families divided themselves up into smaller groups of 25 to 35.  Study groups of six to eight couples met weekly. They read the guide together line by line to cement their understanding of it. Each month, all the groups would meet to share their newly acquired knowledge.

They Studied – John Blake Footage.  Watch the video with the transcription (EN).

The guide from Ottawa was key to the project’s success. It offered insight into selecting property, budgeting effectively, and working collaboratively. Through their study, participants learned the answers to questions like these: 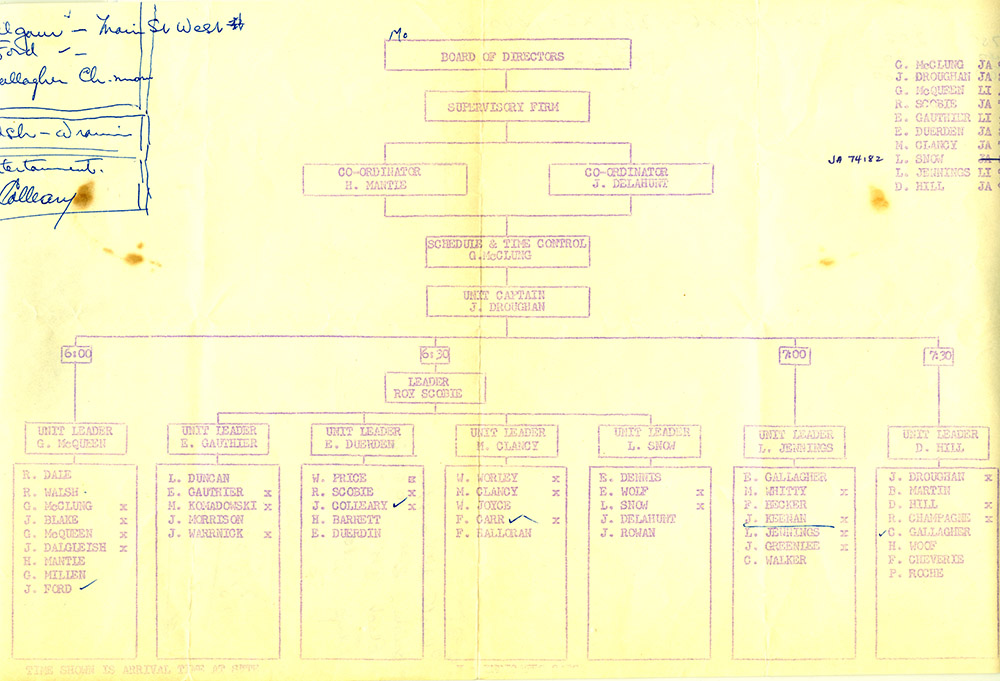 Committees were created to research and manage specific aspects of the project. Each committee would present its findings to the larger group, and then everyone would make final decisions together.

This 4-bedroom plan was better known as “The Lindsay”, named for the Town of Lindsay where the Maryknoll & Lindsay co-operatives were already in the midst of building and using this plan. 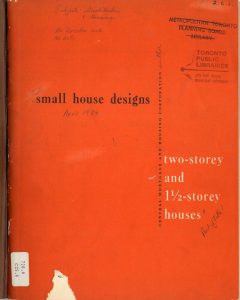 This Small House Designs catalogue was published by the Central Mortgage and Housing Corporation (CMHC) in 1954. 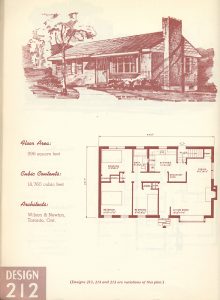 The CMHC Small House Designs booklets detailed a number of plans including plan 212.

In time some members dropped out, and the remaining 81 families formed three co-ops, Sherbrien, Cathedral Heights, and Lakedale. They eventually came to be known collectively as the Grimsby Homebuilding Co-operative.

Each member paid a weekly contribution of $1 to the co-op funds. By the end of the year, the co-op had raised over $15,000. Today, this amount would be equivalent to approximately $140,000. For co-op groups, funds raised this way were added equity for their co-operative venture.

Don Gay speaks about visits to other co-ops (subtitles available in FR and EN).  Watch the video with the transcription (EN).

Avryle Wilson recalls the study period (subtitles available in FR and EN).  Watch the video with the transcription (EN).

Co-op Movement – Ottawa to Hamilton Rumours of Land in Grimsby