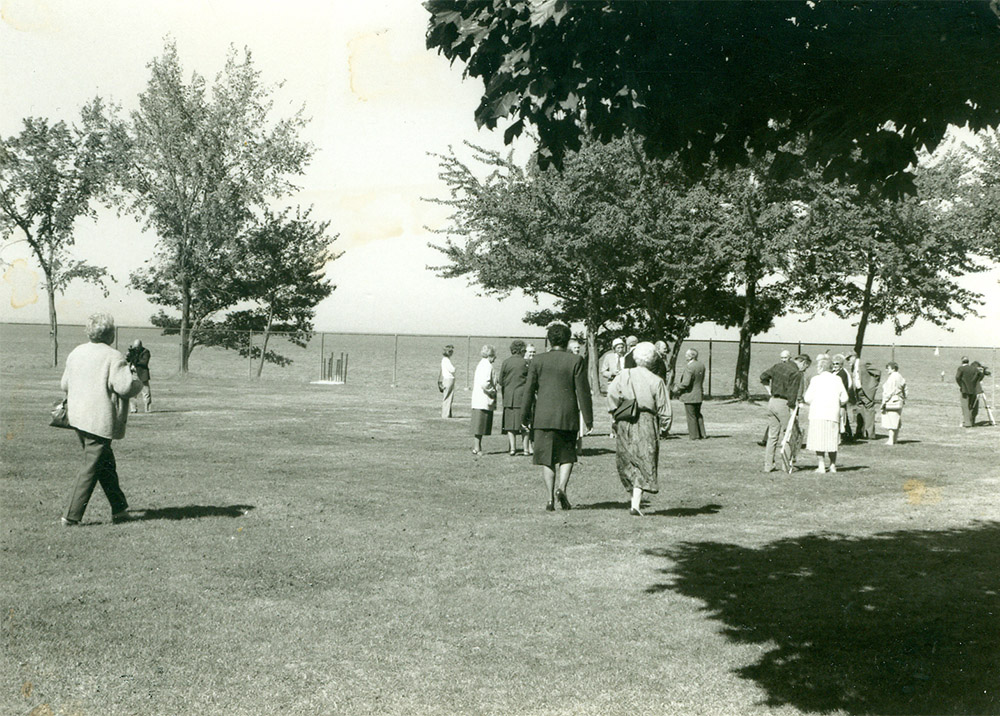 The original builders and their families gathered at the lakeside park in 1989 to honour the memory of Bishop Marrocco, who had inspired their co-operative build.

On September 30, 1989, people of all ages could be seen arriving at the park on Lakeside Drive that overlooks beautiful Lake Ontario. On this lovely day, they were gathering to commemorate Bishop Francis Marrocco (formerly, Father). He had inspired the co-operative homebuilding movement in Ontario and encouraged Fathers O’Brien and Sherlock to take the method to the people in Hamilton. 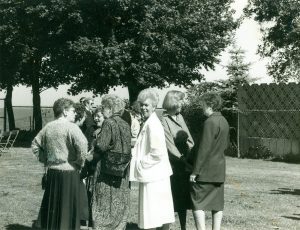 On a beautiful day in September of 1989, the women who had been so essential to the success of the co-operative build could now take this time to appreciate the community they had nurtured over the years.

In 1988, co-op neighbours discussed their desire to rename this park in honour of Bishop Marrocco. Councillor Walter Muise and his co-op neighbours then worked to see it through. John Colleary recalled that he and Walter had gone “on the prowl” for just the right rock. One day they spotted the perfect stone sitting on a lawn. Walter knew the people and arranged to procure it. John Colleary told the story of their rock hunt in an interview in 1996. Walter died suddenly in October 1988 and sadly did not see the final memorial. He would have been pleased. 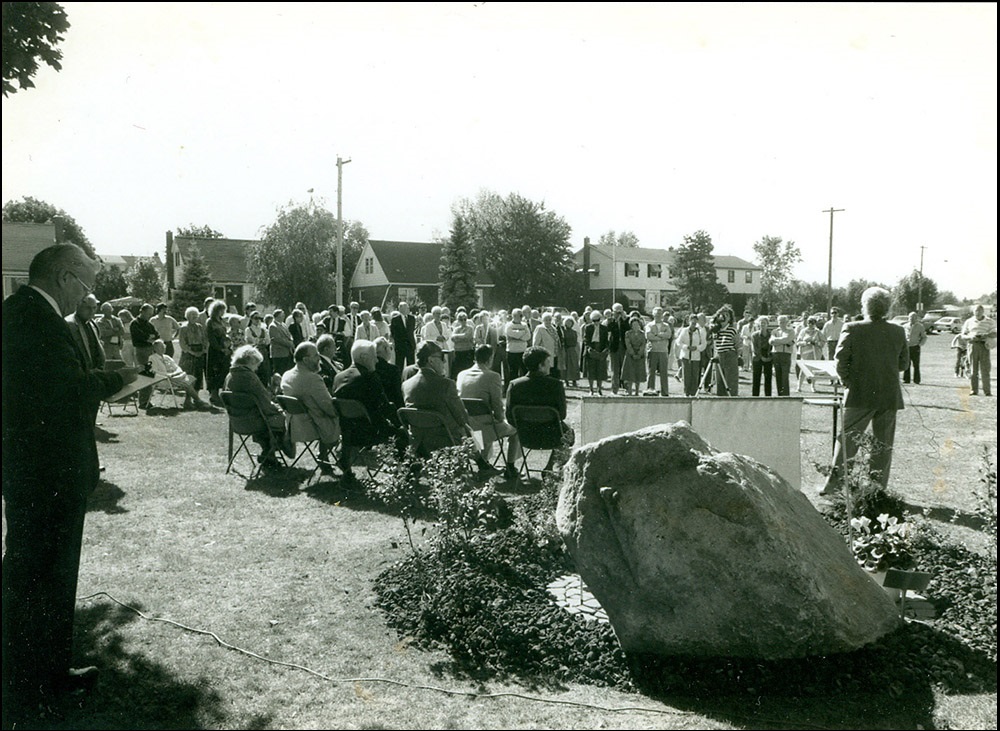 As with all their endeavours, the co-op builders made this memorial event happen by working together. It was the culmination of their lives in this place, and they were pleased to honour this man of deep faith who had stood with them. 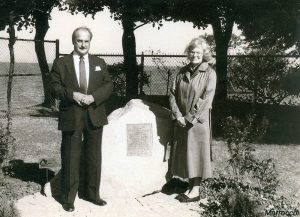 Dominic and Rita Marrocco attended the dedication ceremony in September 1989.

In her biography of Bishop Marrocco titled The Light from One Candle, Rita Larsen Marrocco captured the memories of some of these builders:

“…when we had financial trouble…Father Marrocco’s sense of how to deal with it was good. He knew when to make a statement. Yet, for the most part he would say, “it’s better for you fellas to run your own setup.” Jim Mormon ISA, Ottawa

“I never have met anyone filled with so much enthusiasm zeal and belief in a cause…”  Pat Gimmell, Lindsay

“Whenever our spirits got low and discouraged either Father Sherlock or Father O’Brien was there with us. On a few occasions Father Marrocco came all the way from Ottawa for a pep talk, and when those three got finished talking we felt we could do anything.”  Bob Walsh, Grimsby