The sod was turned in a ceremony on Sunday, January 23, 1955, and in April a cheque for $514 was sent to the Town of Grimsby for the building permit.  As one member recalled, “From then on, husbands and wives had few social outings.” The “sweat equity” that was to make this low-cost mortgage possible was finally coming due. 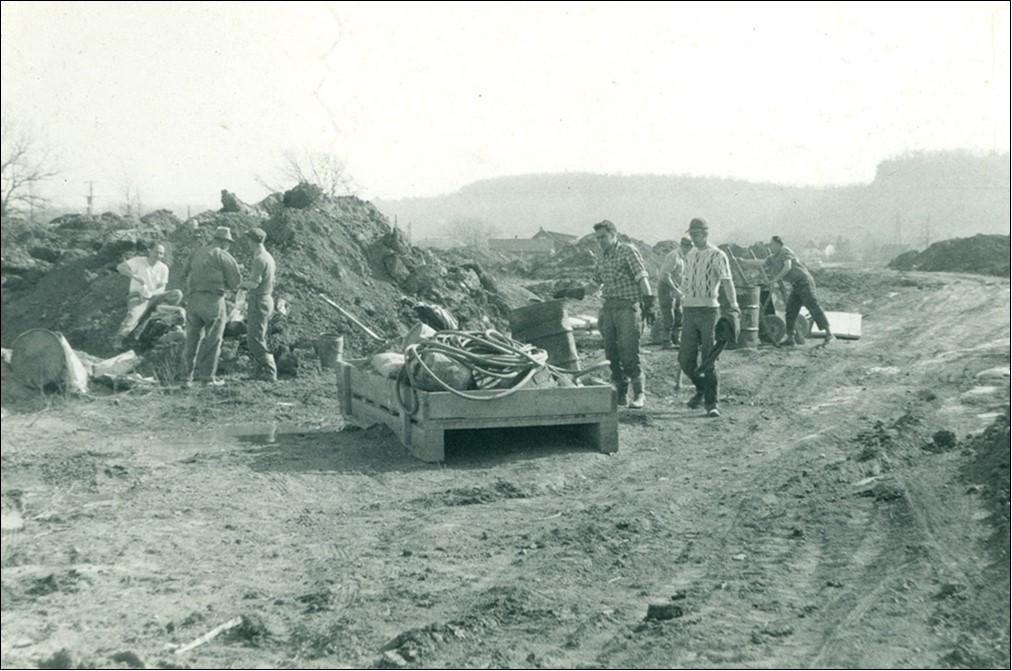 The build began with the clearing of land in 1954.

Each co-op builder was expected to contribute 30 hours of labour per week on the site in addition to his full-time job. For many this meant that evenings and weekends were devoted exclusively to the build. However, some builders had shift work, which added another layer of scheduling complexity. A time clock was purchased to keep track of hours, and a shift-based schedule was established. Anyone who missed a shift was expected to make up the time. 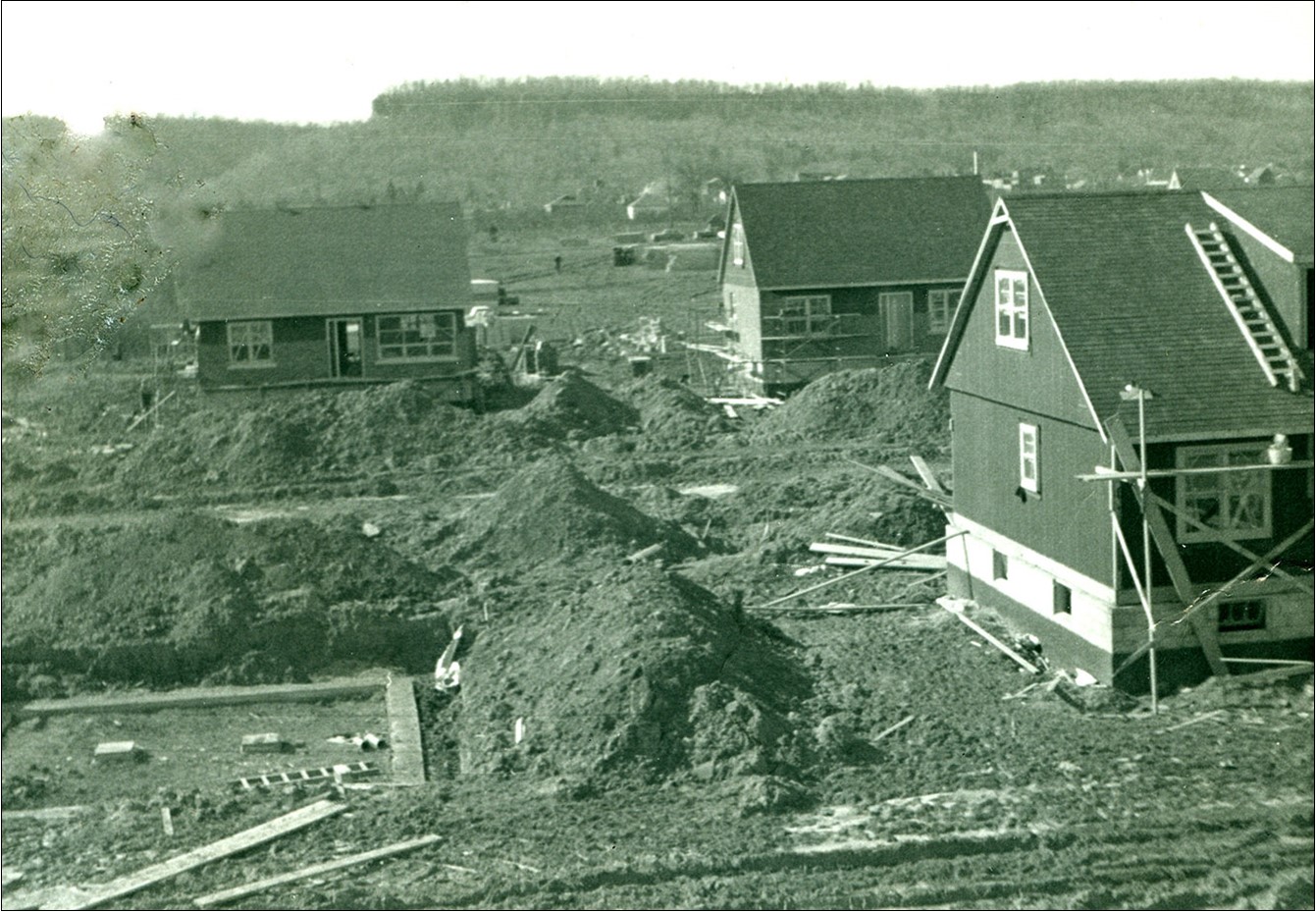 The co-op builders were responsible for most of the unskilled and semiskilled labour. They divided themselves into teams for pouring concrete, hauling blocks, shingling, painting, installing insulation, and drywalling. They quickly became experts, though they suffered a couple of broken legs, numerous cuts and bruises, and slivers galore along the way. Professionals were occasionally hired for jobs such as excavation and the installation of gas lines. 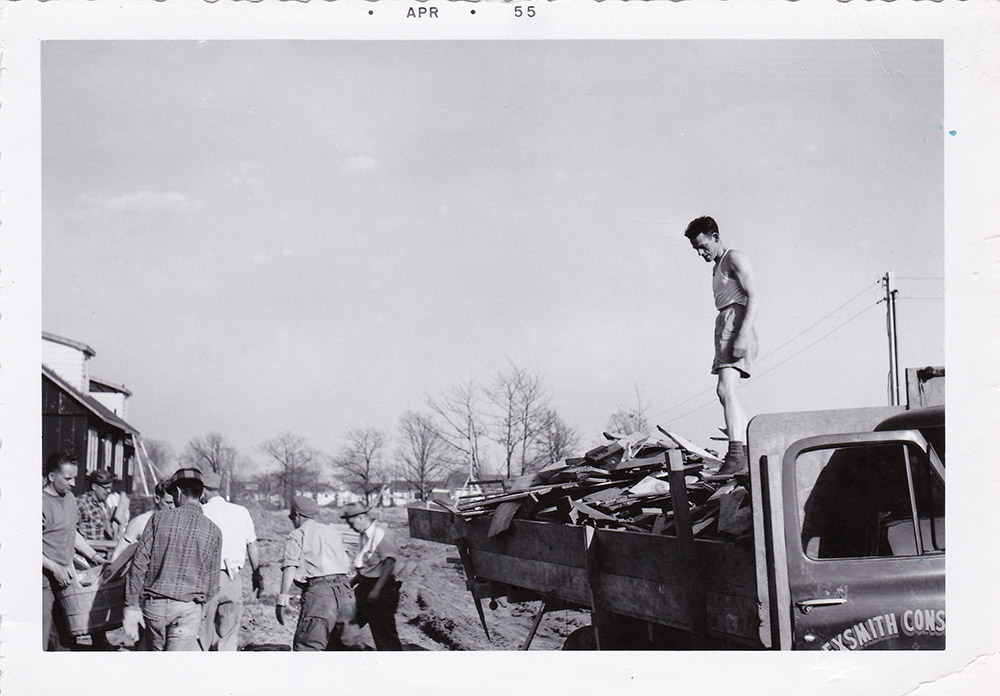 Co-operative skills were being put into practice as they worked in teams in April of 1955.

In October 1955, the homes by the lake were the first to be completed. Those families moved in and paid rent to the co-operative. Although the Central Mortgage and Housing Corporation released funds as each house reached a certain stage, this rent money often “saved the bacon” financially for the group. It covered unexpected costs that would occur throughout the remainder of the build. 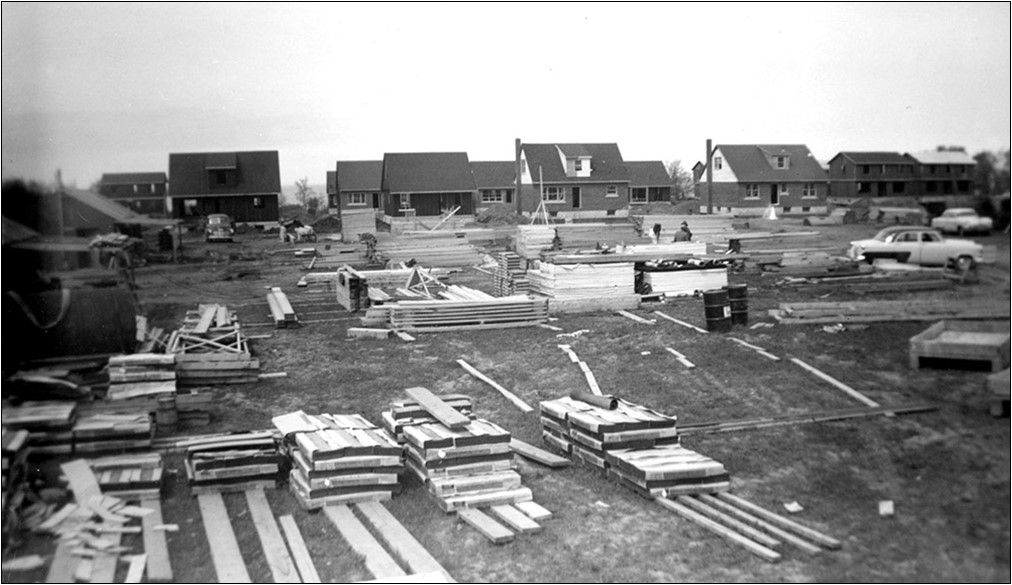 Tracking teams and all that wood was an immense task as the build continued into 1956.

Charlie Gallagher wrote in 1981: “This young, enthusiastic and determined group would not let anything stand in their way; their great esprit and co-op spirit was needed in the next 18 months. From the first day of brush clearing until the present day, this co-op spirit stayed with every member.”

Don Gay – Long days, carpooling and ingenuity (subtitles available in FR and EN).  Watch the video with the transcription (EN).

Rumours of Land in Grimsby King of the Shingleers: Mastering work and building community