Anxious to start building, the group embarked on the backbreaking job of clearing the land. Co-op member John Blake filmed throughout the build and captured the camaraderie and team spirit present from the very beginning.

The arduous work continued with the shovelling of cement. In an interview years later, Bill Joyce recalled that, as “there was no [cement truck], you’d shovel the gravel, the stone, and the sand.” 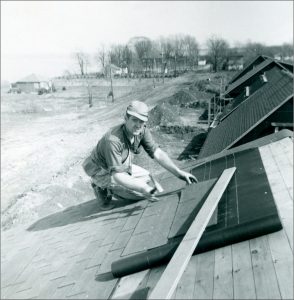 Howard Mantle shingling a house in the Sherbrien-Cathedral Heights co-op in 1955, during the early days of the build. 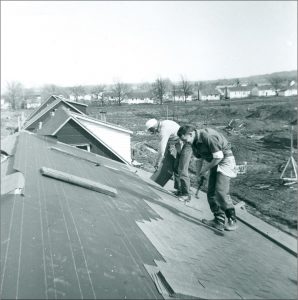 Despite the often gruelling tasks, the bonds between the builders were strong. When John Colleary was nicknamed “King of the Shingleers,” fellow co-op builder Wilf Worley wrote a song to honour him. Such was the good-natured atmosphere on the building site. Friendships rooted in the early days of the build grew into lifelong connections. 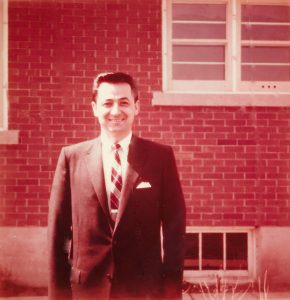 John Colleary, King of the Shingleers

Bill Joyce noted that the co-op members trained for certain tasks they already enjoyed, citing “Ed Duerden who loved to paint and was good at it.” As time went on, they honed their skills. As Bill recalled, on the first house building “a subfloor – tongue and groove on the diagonal – probably took ten of us a whole night, or four hours to do. Within five or six houses it was down to three guys and done in an evening, two nailers and one guy sawing.” As the build progressed, so did their ingenuity. Don Gay recalled ordering trainloads of drywall and wood for a better quality and price. 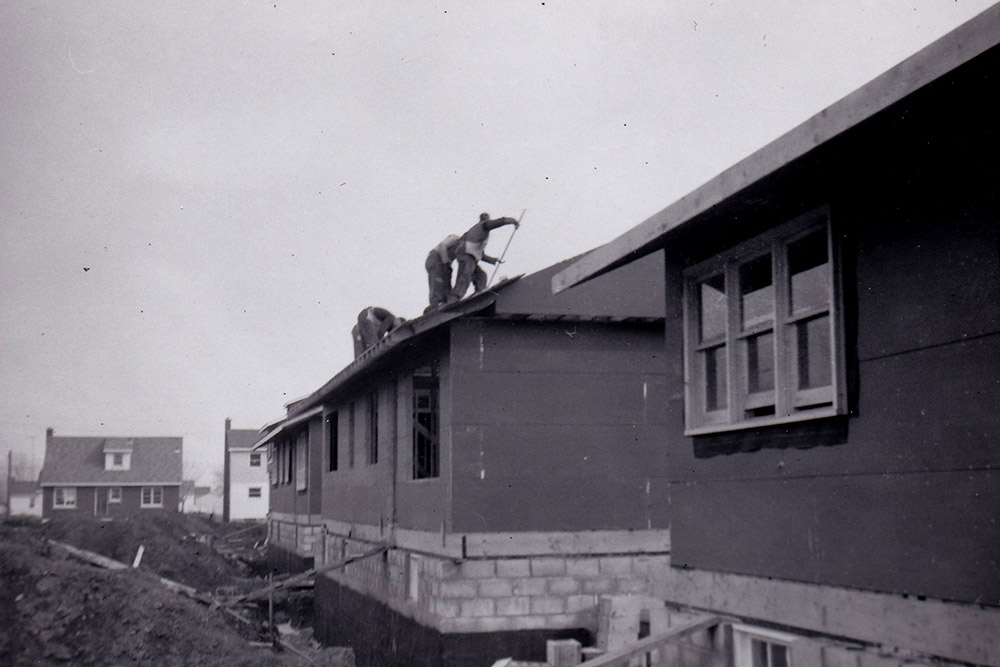 Shingling the Andrew’s, Fozards and Chaves’ houses of the Lakedale Co-op in early 1956.

Carpooling between Hamilton and Grimsby was a necessity and brought its own adventures. Bill Forbes recalled “the time [they] ran out of gas, [and] Al Parsons had to leave his watch with the gas station and come back the next day with the money to pay for the gas.”

John Blake delights the audience with “King of the Shingleers” (subtitles available in FR and EN).  Watch the video with the transcription (EN).

They Built They Endured and Flourished