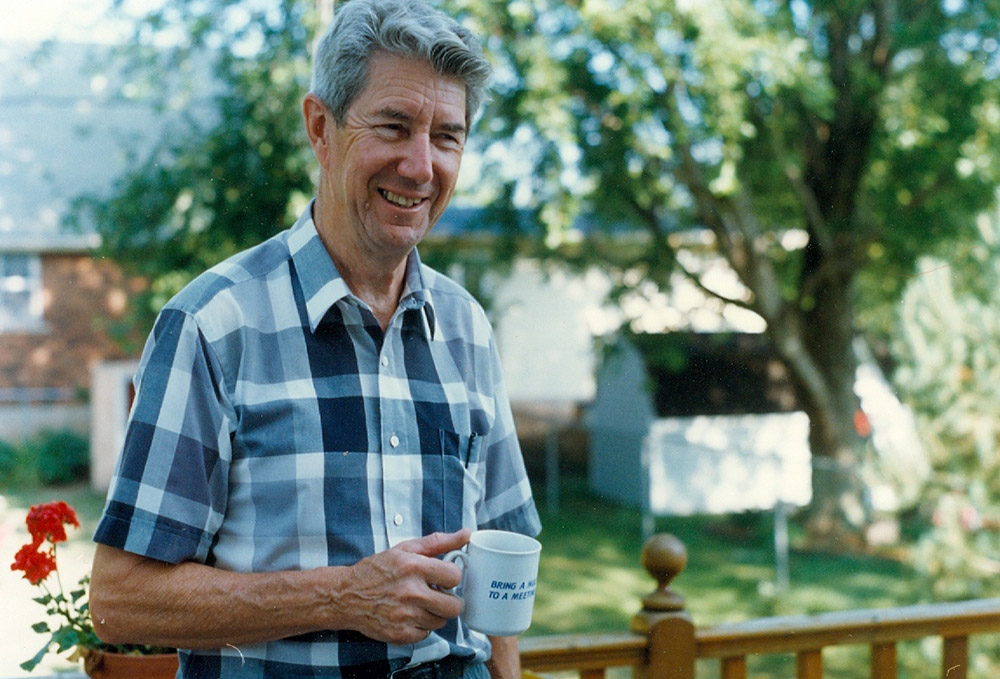 Bill: I really feel that everybody, everybody worked to their potential, that it’s a bit like the army or something. A fellow like Eddy Duerden for example, Eddy loved painting windows and he was fast and whistled and he liked what he was doing, and so Ed painted all the basement windows and the top windows. He was painting windows for month after month after month. It was some of that kind of thing happened.

Janet: Who decided he could do that? In a sense, it was all a volunteer type of thing.  Who decided?

Bill: We had group leaders

Janet: Ok so they would decided. And then they would have to accept such as “yes I will do that”

Bill:  That kinds of stuff.  It was all done as …you wouldn’t be asked to do something that you couldn’t handle. Staircases and things like that, there were only about 5 guys that learned how to put in staircases.

Bill: No. Well, you measured the hours, but it would be better if you measured what was done. But we set targets, we set targets, we had books.  In some of these old books, they would tell you what the pattern is.  Wilf Worley was very active at that stage in making sure that we ordered enough material and baseboard and all of those type of things.  You had things here that said, okay here is Walter Muise’s his is the Lindsay what stage you hoped to be able to complete that portion of the houses, what your floor tile is, what pattern, how many had to go into the house, how many boxes and you had to spread them around they were there for you when you arrived. Somebody had to move those around.