When speaking with those who grew up in the co-op-built neighbourhood, some similar memories come up, though not everyone experienced the place in the very same way. As in many neighbourhoods, kids found their tribe, sometimes with kids the same age, sometimes not. 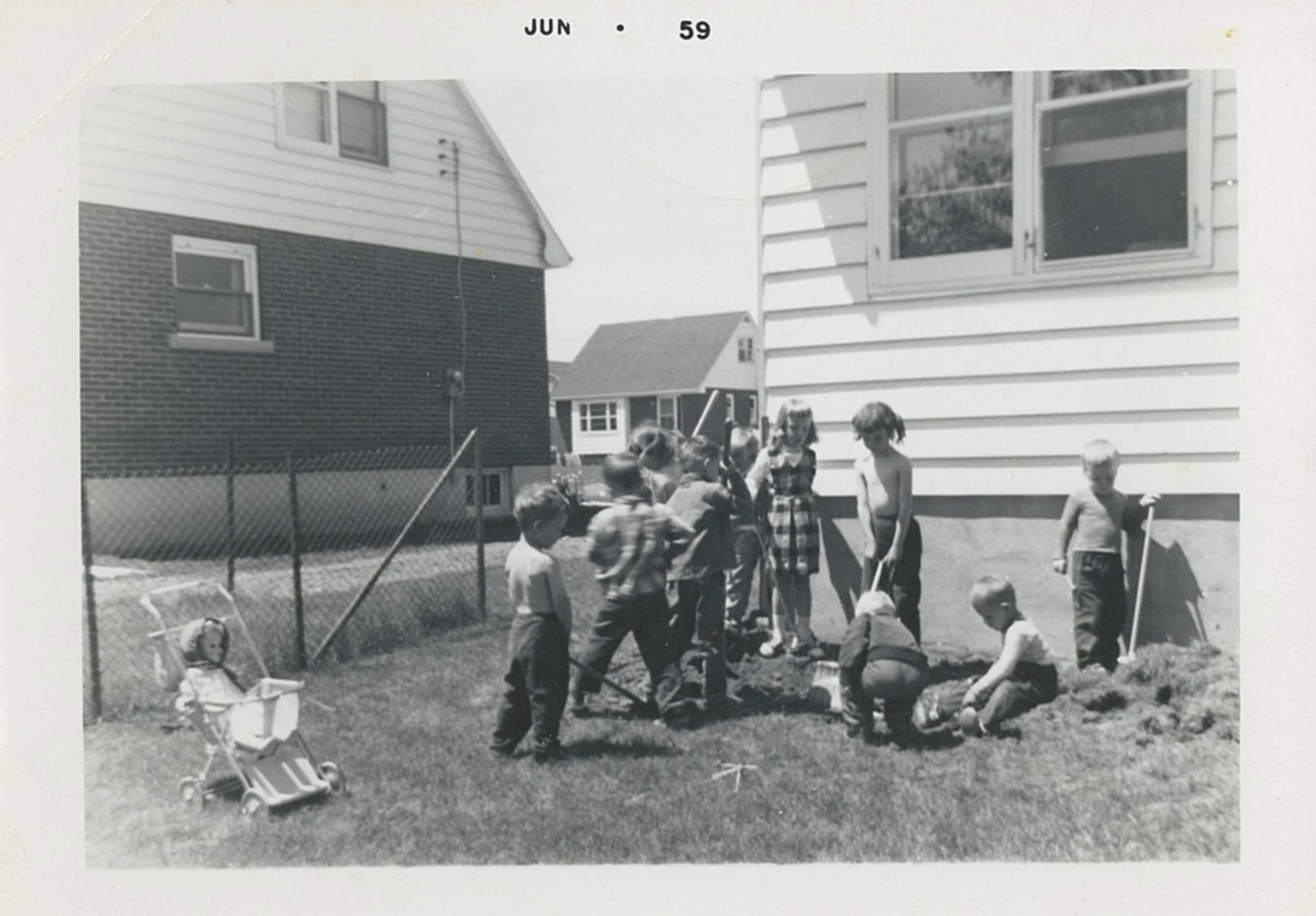 It’s why they built. Three years after moving into their homes, the yards and streets were full of kids. There wasn’t much traffic then, and everyone knew everyone, at least within their block.

This is one story, in the words of a co-op kid.

“As a kid growing up in a neighborhood built cooperatively, I had always felt that our little enclave was a part of who we were, a part of us.

Even as a youngster growing up here, I felt that I was as much a part of the co-op as those who had built it. Oh, don’t get me wrong!  What did I know of the blood, sweat and tears it took to grow this community literally from the ground up?  But it seemed like this community was made for families, for kids like me. 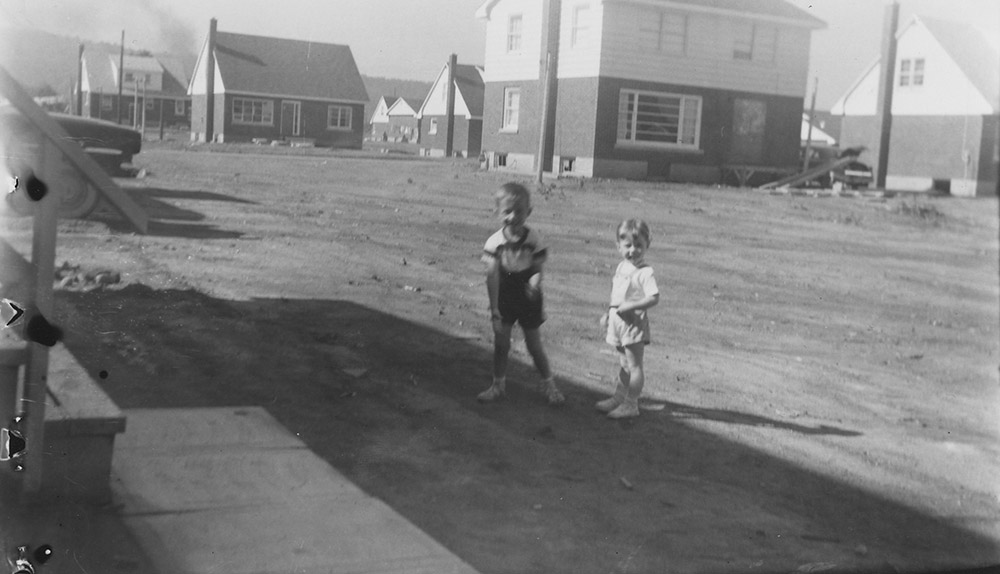 Lots of space in their new neighbourhood for young Bill and Joanne Jennings.

There was a real, palpable sense of familiarity about where we lived. Many houses were built the same in our community, so you would always feel at home.   As a kid growing up here, it felt like we could walk into any home in the neighborhood and without hesitation, it would be opened to you. It would be familiar, comfortable, safe. And we often did find ourselves inside each other’s homes. 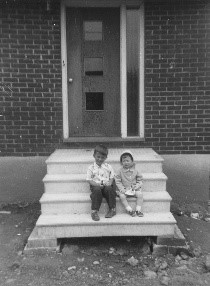 Bill and Joanne on their front steps.

Many of the moms knew who was who, (so you couldn’t get away with much!).  It would be nothing to enter another family’s home to use the bathroom, get a scraped knee repaired or a dispute resolved. And you would find so-and-so’s mother in the kitchen, dad reading the paper, smoking a pipe – you would say hello (or not), get your particular issue resolved, and be off again. This was our neighborhood. This was our home.” 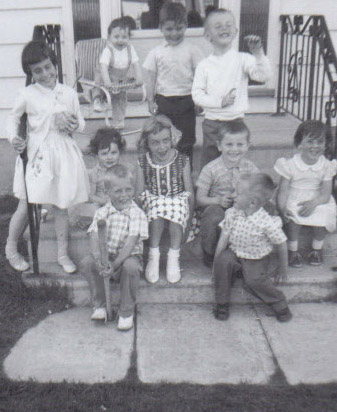 Every house had the same style of front steps. Here children of different ages gather for a silly moment and a group picture in the early 1960s.