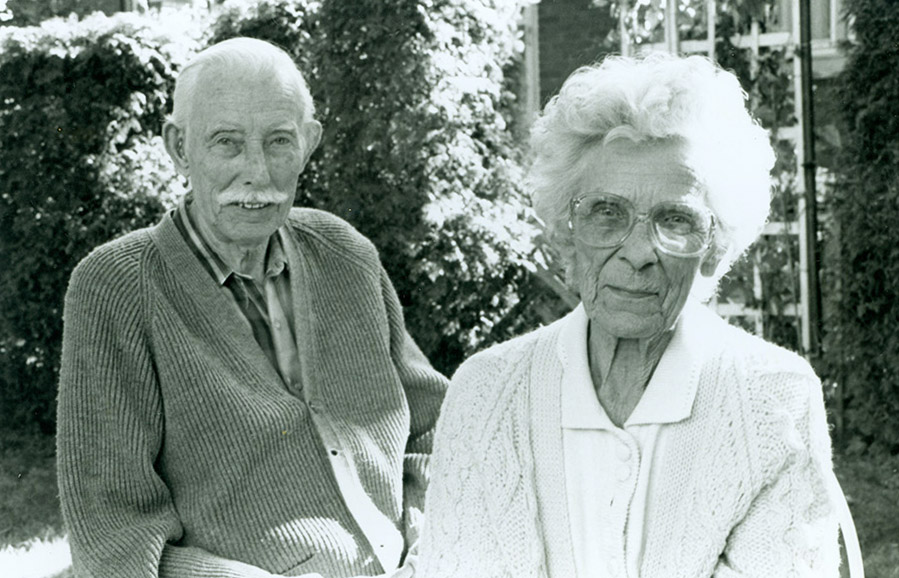 John: Well, there is a memorial [stone] to [the Co-op housing project] in Morocco Park is a memorial to Walter [Muise] too. If it wasn’t for Walter, that rock would not be there because it’s not an easy job to find a rock like that. Walter immediately said I’ll help you and we set out and one day we are going along on Lakeside and this rock was sitting on top of a lawn out front of a house and Walter said, “Let’s go take a look,” and I said, “It’s private property.” He said, “I know the lady.” He knew everybody, you see. He was on Council for I don’t know how many years, so he knew everybody. So we looked at it and it said, “Gosh, it’s just made for it.” It really had to be granite any less and it would be no good. Limestone won’t hold up.

Barb:  And no one can throw it in the lake.