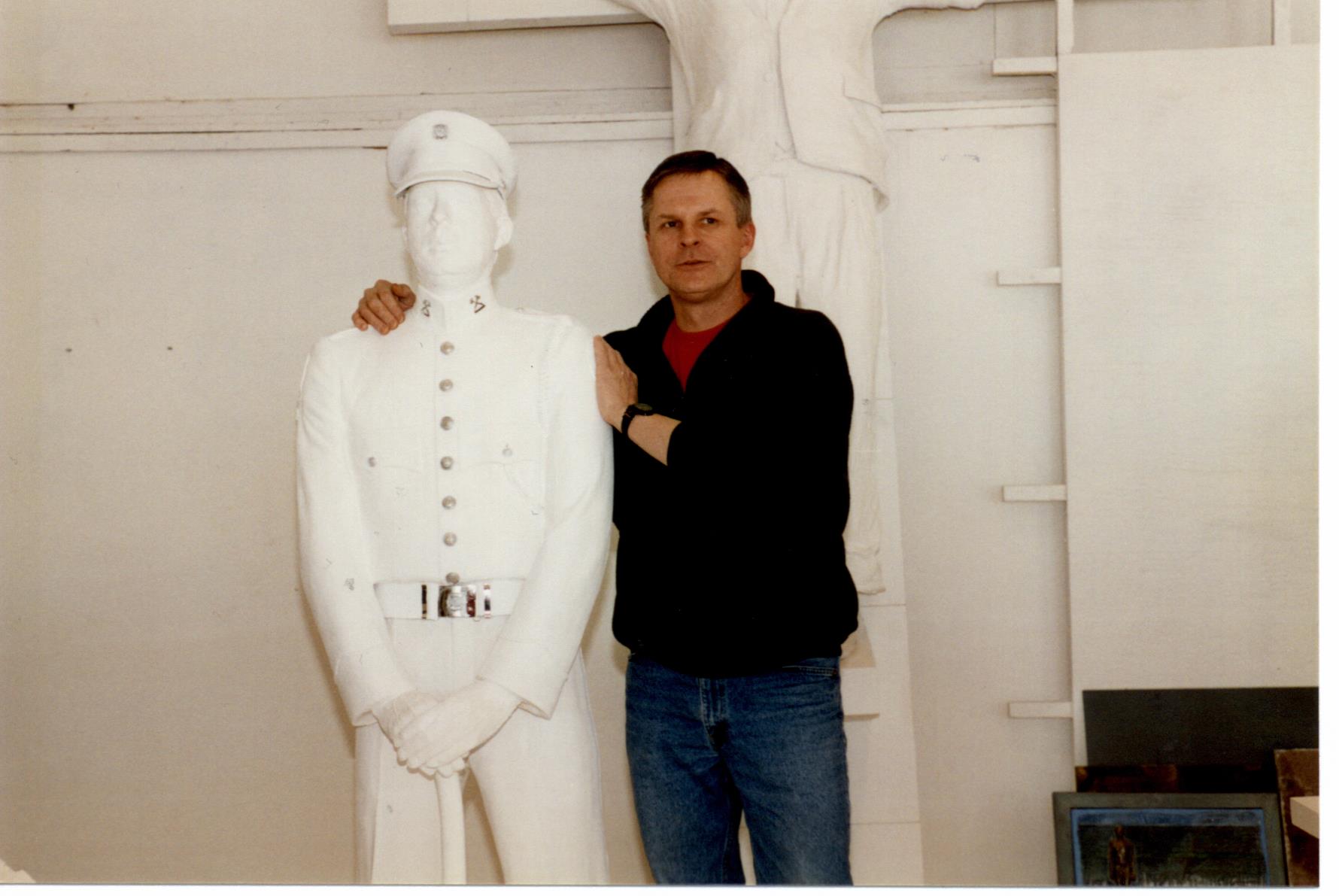 For the 1997 World Police and Fire Games, the local branch of the International Association of Firefighters wanted a statue representing the department, and needed a willing volunteer to pose. Rick Choppe offered to be the model for the design, and have himself covered in plaster for the cast. The artist, Ray Arnett, covered Rick and his Honour Guard uniform in the mix, and then cast the statue. The result is an exact replica of an Honour Guard at attention, with the ceremonial axe. Unfortunately, the process ruined his uniform! The statue now stands at Tribute Plaza, in front of the Police Officer’s and Firefighters Memorial at Calgary City Hall.