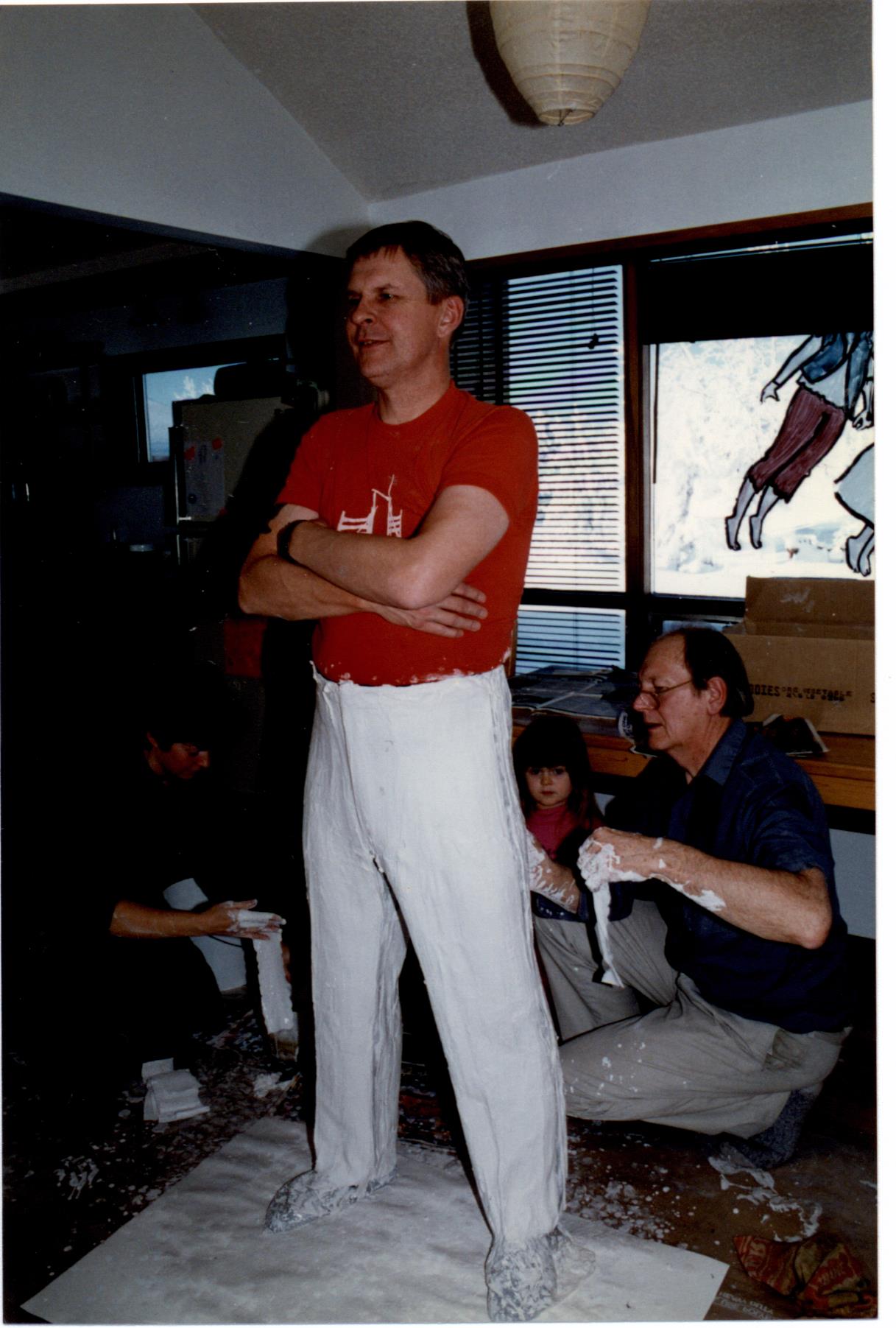 Creating a lifelike statue is an uncomfortable process. Honour Guard member Rick Choppe found that out while posing for the World Police and Fire Games statue. Each portion of his body needed to be covered in plaster, creating a mould that would eventually be used to cast the final version of the statue. Rick’s legs were slowly covered, and he was then forced to wait while it set hard. It definitely looks a little unpleasant, but thankfully the final product made it all worthwhile! The finished piece currently stands near Tribute Plaza in downtown Calgary.