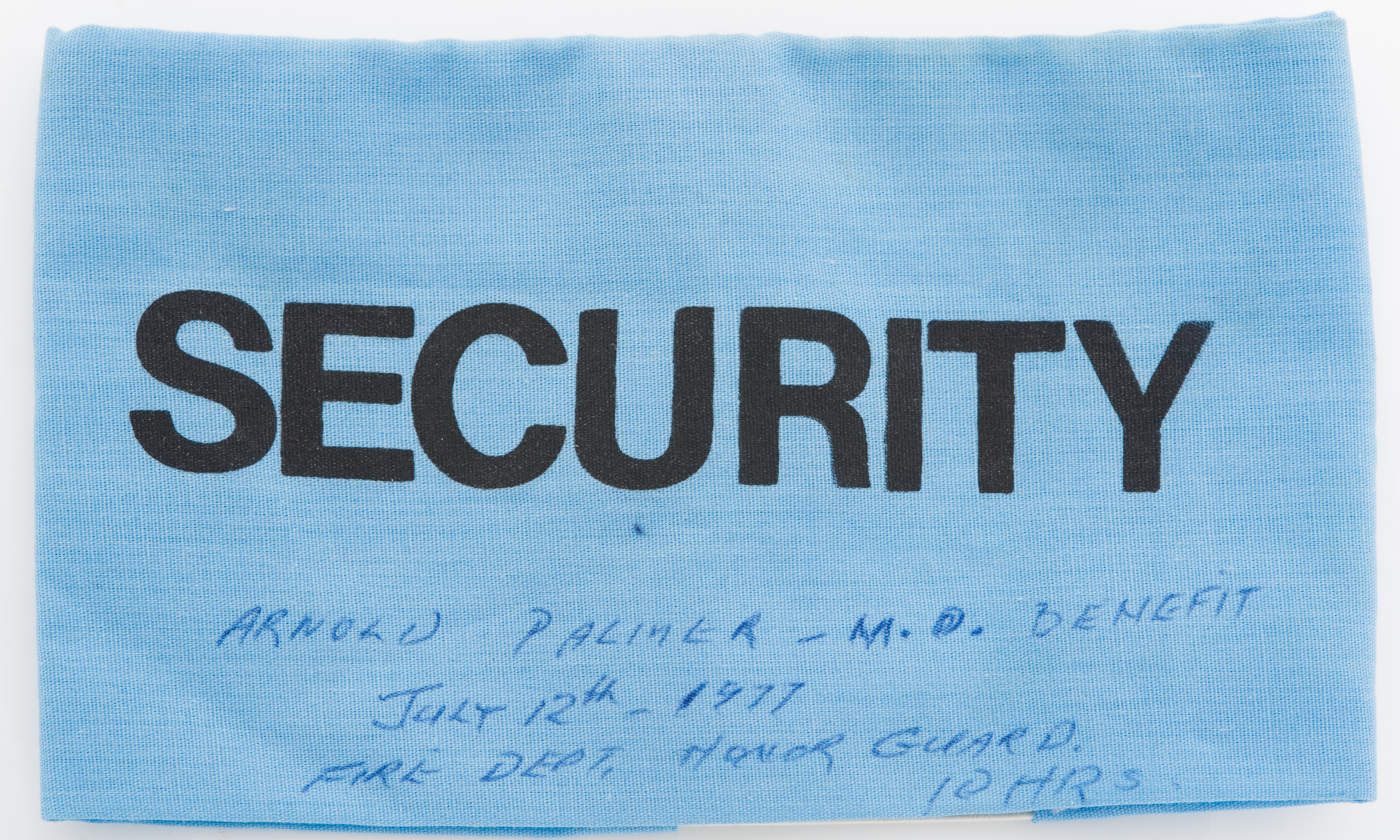 This security patch was worn for the Arnold Palmer benefit in 1977.  At first, the Guard members assumed they’d be appearing in a purely ceremonial capacity, much like most of the other community events they attend. Once they got there, however, it became clear that the organisers had far more important plans for them! In the end, the Guard spent the evening as the security detail for the event, a task they were less well prepared for.